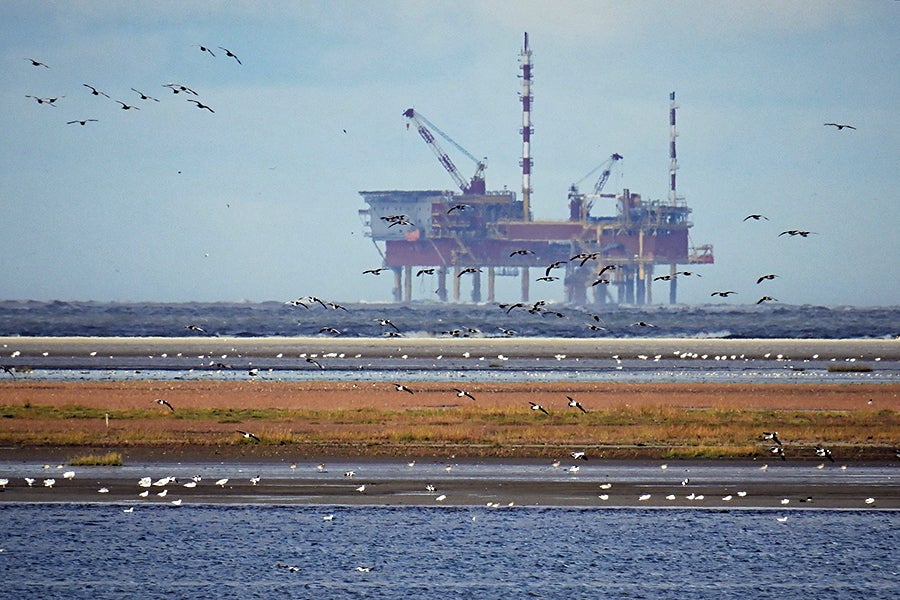 The effects of coronavirus and record low oil prices will force Gulf oil and gas companies to consider tightening their IT budgets. But the more forward-looking companies, including those that have launched digital transformation projects embracing emerging tech like AI and robotic process automation, are likely to stick to their plans, according to enterprise tech leaders and industry observers.

The outbreak of the COVID-19 virus coupled with a price war between Russia and Saudi Arabia -– two of the largest oil producers -– has hammered the price of oil to multi-year lows. This will hit the bottom line of participants in the region’s massive energy industry, which produces a fifth of the world’s crude oil.

Some tech executives, though, say the oil market turmoil and COVID-19 restrictions will not affect the digital transformation programmes launched at the time of higher oil prices and favorable economic conditions.

ADNOC, the world’s 12th largest oil producer, makes a wide range of products ranging from petrochemicals to fertilizers. Since the beginning of the decade, ADNOC has launched several initiatives aimed at using emerging technologies — such as AI, internet of things (IoT), blockchain, and cloud — to optimise its operations and make the most of each oil barrel produced.

“ADNOC has been on a digital transformation journey for a number of years now,” Nelson said, adding that the company’s investment in technology had enabled it to be “more resilient, agile and responsive to market dynamics.”

Overall, investment in IT in the Middle East and North Africa (MENA) is growing. Investments in digital transformation and innovation will account for 30 percent of all IT spending in the region by 2024, up from 18 percent in 2018, according to an IDC forecast made before the coronavirus pandemic. The current crisis will likely change that scenario.

“The oil and gas industry was reeling from the recent fall in oil prices and will now also need to contend with even lower demand caused by the COVID pandemic.  If that wasn’t bad enough, they now will need to overcome the difficulties in also managing their global supply chain and ensure they can continue their operations as much as possible with widespread travel restrictions and international borders being closed,” said Shumon A Zaman, a UAE-based technology executive and consultant who most recently worked as technology vice president for a company specializing in oil rig construction.

“The double impact of low oil prices and now globe demand taking a further nosedive will have a major impact on revenues this year and that may lead to non-essential or non-critical investments such as digital transformation initiatives being either paused or cancelled all together until things improve to preserve cash,” Zaman said.

As oil and gas producers tighten their purse strings, technology firms will have to try harder to win contracts – and CIOs may be able to be in a position to bargain for lower prices.

“Technology companies are going to get very competitive and aggressive in trying to get their business,” says Constantino Lanza, chief growth officer of mCloud Technologies.

During an economic slowdown, the Middle East oil industry will be in a strong position to secure better pricing on emerging technologies, explains Lanza, who adds that less profitable market segments such as chemicals, petrochemicals and utilities will be slower to recover.

Vancouver-based mCloud, which offers AI and IoT applications to oil and gas companies, opened its first Middle East office in Bahrain last year. It was in talks with the Saudi Basic Industries Corporation (SABIC) and Saudi Aramco, which has since become the most valuable company in the world following a record-breaking IPO.

When asked for a comment on the status of its digital transformation programs, Aramco declined to comment. In the past, the energy giant has made use of robots and autonomous devices for remote inspection and maintenance at its plants, while installing smart sensors that are connected to digital systems.

The Middle East producers are on an “effective technology trajectory,” said Lanza. “We may see a bit of a lag due to the uncertainty in the market, but as soon as they can afford it, they will move quickly in that direction again,” he added.

In the Middle East and elsewhere, coronavirus has brought economies to a halt by severely disrupting supply chains and bringing down the demand for goods and services.

While there may be an overall reduction in spending by enterprises, a depressed market may prompt companies to adopt emerging technologies at a faster pace in order to bring down operating costs and increase efficiency.

“Emerging technologies like AI, Blockchain and RPA (Robotic Process Automation) are typically given the green light because they reduce costs and increase efficiencies — automation in general has shown in the past to be relatively recession proof,” said Alan Pelz-Sharpe, founder of U.S.-based tech consultancy Deep Analysis.

In previous downturns, large enterprises have laid off workers, while using emerging technology to automate and streamline operations.

“There will be a huge impact with the lower oil prices and continuing coronavirus fears, but the impact will be shorter than (what) experts predict,” said Ahmad Malkawi, CEO of Global Telecom, a California-based provider of IoT modules, modems and AI software systems. With Gulf countries investing heavily in smart cities and related IoT projects, and oil companies using IoT to improve equipment uptime, the region is of special interest to vendors like Global Telecom. “These countries (GCC countries) have invested highly in education and technology in the past and I believe they will find a way back to it,”  Malkawi said.

Enterprises evaluate the processes in their organization during difficult periods, Malkawi noted, and may lower costs by investing in a variety of technologies, as applicable to their business, including:

“Oil prices have fluctuated before and they [Gulf countries] always found a way,” Malkawi  said.