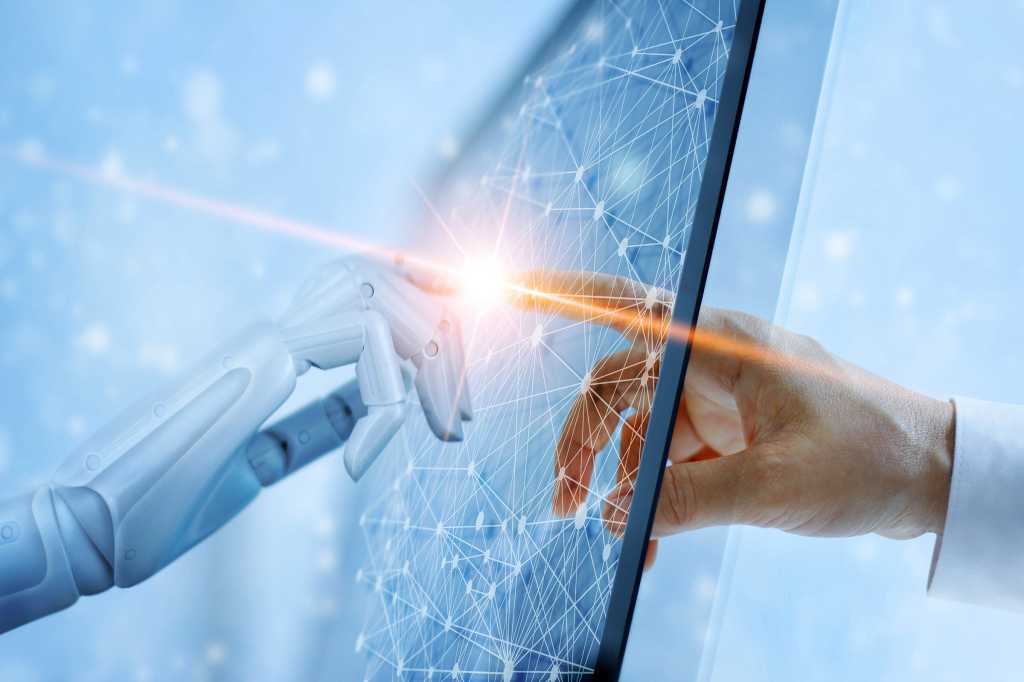 Robotic process automation (RPA) is transforming business processes in nearly every industry by streamlining data entry and other low-level tasks. Now the technology, which populates digital forms in a fraction of the time it takes humans to do the same, is getting a long overdue upgrade.

Advancement in machine learning (ML) and artificial intelligence is paving the way for intelligent automation (IA), a smarter brand of RPA that learns to execute entire business processes with context, rather than as a series of discrete tasks.

“The compute power is there, the data sets are there and the imagination is there,” says Yousuf Khan, CIO of RPA provider Automation Anywhere. “The future of RPA is intelligent automation.”

IA incorporates algorithms capable of tasks such as handling exceptions, orchestrating decisions or even looping in chatbots for conversational messaging, says Craig Le Clair, a Forrester Research analyst whose book, Invisible Robots in the Quiet of the Night: How AI and Automation Will Restructure the Workforce, chronicles the rise of software-based agents.

The promise of IA

By 2022, IA will generate $134 billion in labor value by enabling businesses to shift staff, skills and investment toward critical functions such as innovation, augmenting the customer experience or operational efficiency, according to Forrester data. Holistic IA will orchestrate hundreds if not thousands of events across business processes; it’s a Holy Grail that UiPath, Automation Anywhere and Blue Prism, along with dozens of startups, such as Kryon and AntWorks, are chasing.

The promise of IA led Khan, who has a passion for using technology to make business processes more efficient, to join Automation Anywhere in January. Khan’s department serves as a guinea pig for testing the company’s products to make sure they are fit for broader consumption. Automation Anywhere is among a growing group of vendors building “bots” that use sophisticated algorithms to manage corporate business processes, ostensibly from beginning to end.

The company, which has deployed more than 2 million bots at enterprises to date, is currently seeding beta customers with Discovery Bot, an IA solution that leverages ML and AI to capture and analyze user actions in an effort to sniff out repetitive steps employees take as they switch between business applications. RPA alone can automate such tasks, but Discovery Bot prioritizes the tasks by potential value to the business and deploys RPA bots to perform them.

Prioritizing the automation backlog is a key focus for many companies implementing RPA. As such, the market opportunity for Discovery Bot is potentially princely; as much as 80 percent of repetitive tasks that can be automated remain undiscovered, Khan says, adding that the tool will be available early this year. “When IA kicks in, there will be an exponential impact in how works gets done and how companies can operate faster,” Khan says.

UiPath is using ML to improve two challenging tasks for RPA: how bots visualize what’s on computer screens and how to parse documents for processing.

RPA depends on a bot’s ability to see elements on a webpage or user interface. However, a virtual desktop interface (VDI) doesn’t present a traditional UI; rather, it streams an image of a remote desktop, making it impossible for bots to recognize elements. To solve this problem, UiPath is incorporating into its bots computer vision, which leverages ML, optical character recognition and fuzzy matching, to automatically identify elements in an application and to execute tasks, says Param Kahlon, UiPath’s chief product officer, who describes such IA capabilities as “hyperautomation.”

UiPath is also applying ML to help its bots read documents more intelligently. For example, while a human accounts payable clerk knows how to classify invoices by quickly scanning fields such as suppliers, products, due date and purchase order number, most bots are limited to “rules-based extraction” methods, which lean on structured data to read and automate these processes. Leveraging rules-based and ML model-based extraction, UiPath’s bots identify structured, unstructured and semi-structured data elements to process documents, similar to how a human might complete such tasks, Kahlon says.

The fuzzy future of IA

But like its RPA predecessor, IA faces adoption headwinds, including one of an ethical persuasion.

These days, bots are generally viewed in one of two ways: as digital employees designed to replace human jobs, or as agents designed to augment work performed by humans, ostensibly freeing them up from “mind-numbing” tasks to focus on work that provides greater business value.

Forrester’s Le Clair acknowledges that automation will contribute to some headcount attrition, but says that when a bot or a machine takes over a task previously performed by a human, the enterprise has those labor hours at its disposal to deploy elsewhere or bank as profit. So ideally, IA won’t be held up much on that account.

Also unsettled is whether the majority of companies will pony up the cash for algorithm-driven RPA whose decisions are hard to qualify or explain.

“Hyperautomation is the next trend,” Karandikar says. “That is going to become more and more prevalent.”