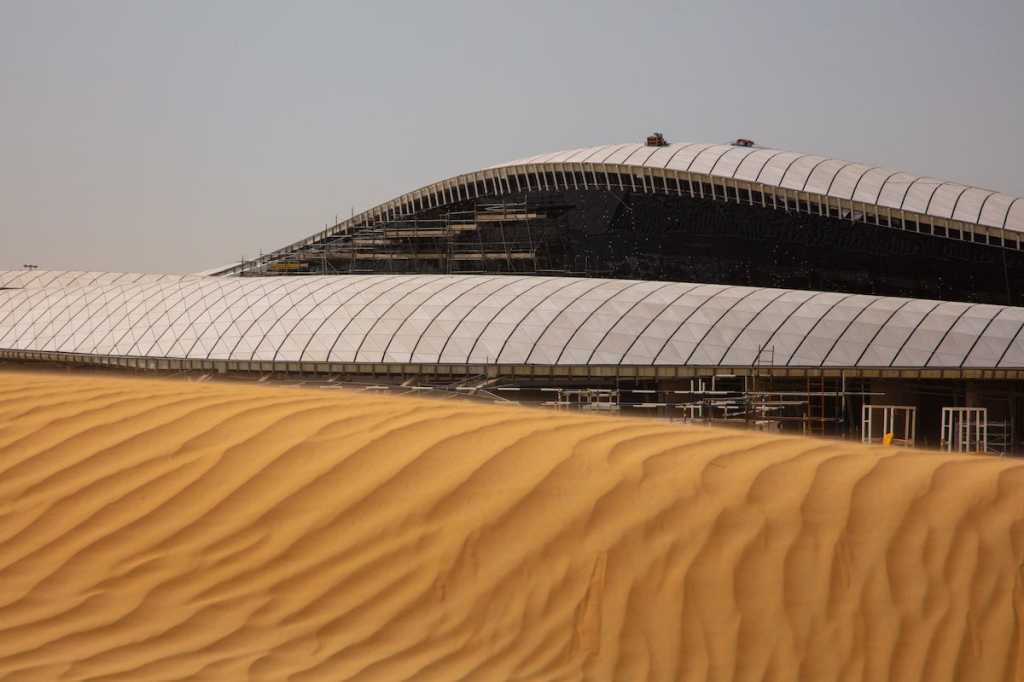 Sharjah-based recycling and waste management company Bee’ah is moving ahead  with a new, 7,450 square meter, AI-powered and sustainability-oriented headquarters. After some minor delays, the company started beta testing new software that it will be using at its existing headquarters, and despite turmoil caused by the coronavirus pandemic, is continuing work on the project.

Bee’ah has been operating in Sharjah since 2007, providing integrated waste and resource management for the emirate. While the company’s concept of creating a headquarters that taps emerging technology to help conserve energy and provide sustainable resources has been in the works for years, construction on the actual building site began in 2017. Bee’ah selected Johnson Controls to provide IoT technology in April of 2019, and the technology applications design was completed at the end of the following month.

Sustainability is a huge issue in the Middle East, as the region comes under pressure to diversify from the oil and gas market as enterprises globally commit to sustainability policies that include use of renewable energy in data centres and other facilities. In addition, oil price volatility is stemming the flow of foreign capital into the region, causing enterprises in all sectors to deploy cost- and energy-saving technology.

“Sustainability and digitalisation are the twin pillars that drive an economy of the future, and at the core of our strategy at Bee’ah. Our new Headquarters encapsulates these beliefs and is the embodiment of our vision come to life,” said Khaled Al Huraimel, group CEO of Bee’ah.

The facility was originally slated to open this October. Despite the turmoil caused by the COVID-19 pandemic — which has led the UAE to issue stay-at-home orders for most residents — Bee’ah is continuing work on the new facility.

“The office staff at the site office have transitioned to WFH [work from home], however, everything else related to the construction is still going on as scheduled,” according to a statement sent to CIO Middle East by Bee’ah. “However, we anticipate that the situation will inevitably cause unavoidable issues and delays at some point.”

Through a network including IoT sensors, cameras, and bluetooth tags for equipment tracking, the project is designed to integrate previously disparate systems to achieve “frictionless” interactions between employees, visitors and the building itself, all while achieving U.S. Green Building Council’s LEED Platinum certification, the highest sustainability certification possible.

The digital twin implementation will manage energy usage, via a virtual representation of all of the building’s mechanical, electrical and pumping systems, and will monitor consumption rates and predict future energy use. The project also features a solar power plant on site, with excess energy stored on Tesla powerpacks.

Johnson Controls has developed an IoT infrastructure that will monitor the entire Bee’ah headquarters, allowing the company to analyse and store a wealth of operational data. Johnson Controls’ Digital Vault integrates OT (operational technology) and IT systems throughout the building and will allow systems throughout the project to interact and “learn” through those interactions.

“You can think of the Digital Vault as a data integration management layer,” explains Youngchoon Park, head of the Platform and Data Science – Digital Solution unit at Johnson Controls. “It collects all of the different information from the data points and creates a standardized data model called a Brick Schema. This allows different systems in the building to ‘talk to each other’ about the same event in the same way. Meaning the upstream AI analytics is looking at a single, common data model.”

Evoteq, Bee’ah’s own digital applications arm, is charged with providing the PaaS-based (Platform as a Service) AI platform for the new headquarters and has identified over 100 applications for the technology that include facility management, parking services, lobby and visitor management and many more.

Employees at Bee’ah will have a number of pathways to communicate with the AI platform’s “persona,” most notably via a mobile and desktop app, currently called the “Bee’ah companion.” While the companion’s final name is in the works, the concept is much akin to Amazon’s Alexa or Google Assistant. User interactions feed into the AI persona, and through machine learning it will adapt to different events and behaviors.

The aim of the project — in particular its AI components — is to streamline points of friction for employees and visitors. The data created by employee interactions with the virtual persona will be analysed by the AI platform, which is designed to then improve future interactions between the building and user. For example, a users’ favorite coffee may be pre-ordered based on past consumption habits, or a visitor could be recognized from a previous visit via the entrance cameras.

Moving beyond simply controlling thermostats and booking meeting rooms, Bee’ah’s AI persona will be equipped to take on more complex tasks as well, freeing up time for employees. For example, after booking a meeting room, an employee could speak to the voice-activated AI and ask it to take minutes and to distribute those minutes via email after the meeting. The same employee could then speak to his or her mobile app and request vacation time, and the AI would feed that data into the ERP system.

While there have been some delays, Taryam says that Bee’ah is not concerned. “This is a completely new concept, a new idea that is using new technology; delays in a project like this are expected. The design of the building is unique as well, and it needs to integrate seamlessly with the technology — it is important that all of the elements fit together.”

Today, many of the software applications that will support the new headquarters are already being beta tested at Bee’ah’s existing headquarters.

“For example, we are testing facial recognition at the entrance of the head office. We integrated the cameras with the attendance system and asked our employees to help test it. We have also integrated the meeting room booking systems and linked them to the mobile companion app,” explained Jihad Tayara, CEO of Evoteq.

Evoteq has been tapped to bring the same concept to the Emirate of Sharjah. Already, Evoteq has worked with the municipality to migrate 500 commercial and public services to digital platforms, and they are seeing interest and bids for potential projects throughout the region.