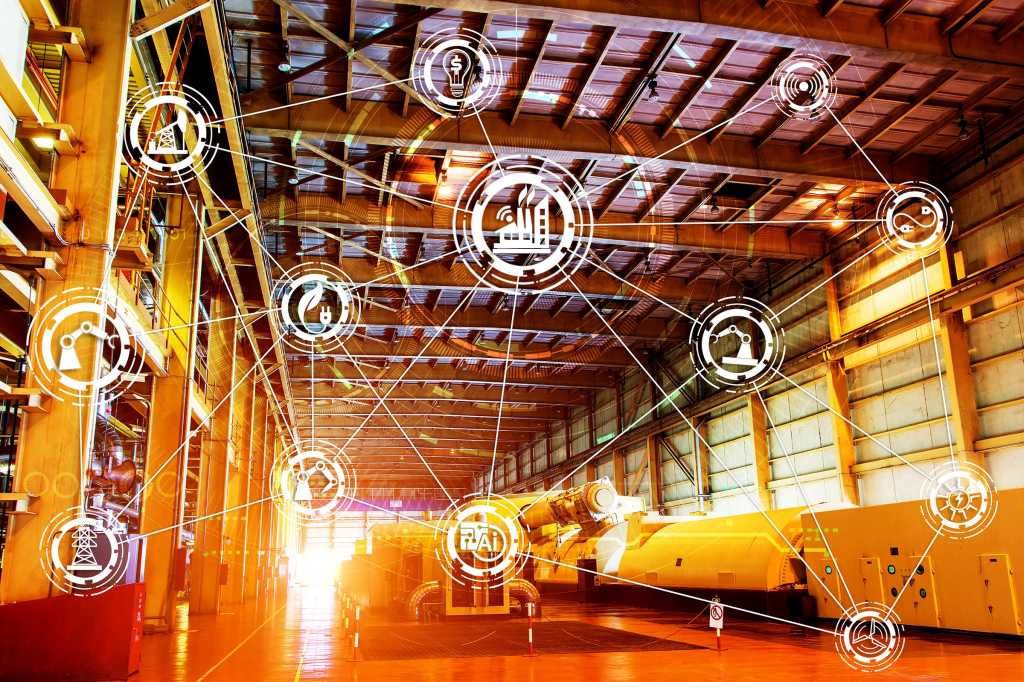 SodaStream, an Israeli manufacturer of fizzy drink devices, gained visibility in the U.S. and Europe as a healthy and environment friendly alternative to carbonated giants like Coca Cola.

But soon after relocating from a controversial site in the occupied West Bank to a new facility in southern Israel, executives realised that the company is facing a new challenge: streamlining operations in order to stay competitive with low-cost manufacturer rivals from China while quenching a fast-growing thirst for its bubbly beverages.

The multi-year project was aimed at boosting output to keep pace with 30 percent yearly sales surges, while utilising artificial intelligence, machine learning and cloud computing to get a better handle on optimising production.

“We continued to grow rapidly and were packed with endless employees.  The dining room was full. The production side was full. We knew that we wouldn’t be able to allow ourselves to keep operating the same way…  whether in terms of space, efficiency, or in terms of costs,” said Kfir Suissa, chief operation officer at SodaStream, which was acquired by PepsiCo in 2018 for US$3.2 billion.

“In order to expand output per square feet, you need to develop creative solutions, based on automation and based on robots — this is the direction we are heading,” Suissa said.

SodaStream’s move is part of a global trend among industrial manufacturers to embrace the internet of things (IoT) by deploying sensors throughout plants, harnessing data, and migrating computing to the cloud. The innovation helps optimise machine performance, reduce downtime and automate shop floors.

Among Israeli multinationals, SodaStream is an outlier. While the country has been the launchpad for numerous technology businesses, there are precious few Israeli companies that manufacture consumer products domestically for sales abroad.

Some 1,400 employees work at its principal plant in Lehavim, located in southern Israel near the Bedouin Arab city of Rahav. The four production lines include syrup manufacturing, production of a metal cylinder for pressurized CO2 for the fizz, a plastics production facility for the device’s reusable bottle, and a plant that assembles all of the components.

The first element of the plant modernisation project involved automating the company’s manual assembly lines. A year ago, assembly line and packaging robots went into operation, reducing headcount from 40 to two on some production lines, Suissa said.

In another realm of the digitisation project, SodaStream is developing cameras powered by artificial intelligence that will sort CO2  containers and perform quality assurance checks.

“When you think about assembly, you think about China and India,” said Suissa. “If we want to compete with the Far East, we must develop those sophisticated tools. We need to improve.”

In a report last year, Bain & Co. said that the market for industrial IoT is expected to reach $200 billion by 2021, though adoption among manufacturers is proceeding slower than expected. SodaStream’s digital manufacturing push comes as the world’s top manufacturers are increasingly looking to Israeli startups for smart manufacturing solutions, especially in process optimization, connected factories, and industrial cyber security.

One of the goals of the SodaStream digital transformation is to monitor and improve efficiency of factory machinery — measured as Overall Equipment Effectiveness, or OEE.

“We didn’t have any indication about whether the machinery was on or not running properly,” he said. “It allows an understanding if we are good enough.”

Rehav said one of the main challenges he faces is choosing unified IT solutions that oversee and integrate all four manufacturing processes that go into SodaStream’s final product.

For example, SodaStream’s SCADA (supervisory control and data acquisition) software system needs to monitor a diverse complement of machinery at plants spread internationally. In all, the company’s SCADA connects 1,000 machines.

“As we have all kinds of machinery, it’s not always easy to connect the machinery, to understand the data, and to map the data,” he said.

SodaStream chose Siemens Wincc SCADA, in part because the company already was using Siemens-based controllers on its shop floor. “That made everything much easier,” Rehav said.

To create value for the company, the IT tools have to be “agile,” he said. “The demands are changing very fast. We’re working in an environment where there is a lot of differentiation among the technology we are using.”

Cyber security figures as another hurdle, Rehav said. “If you have hundreds of connected machines, it means you have hundreds of users that you need to take care of,” he said. “It’s a different world than a few years ago. Today, if the data connectivity does not work, it’s like, the machine is stopped.”

After the project progressed, and SodaStream continued to add on cloud-based software-as-a-solution tools, technology executives realised the company would need to add an additional component into the IT architecture: a centralized cloud-based data warehouse.

SodaStream is finalizing a contract with the San Mateo, California, data warehouse startup unicorn, Snowflake. Rehav said the company selected Snowflake’s warehouse is relatively easier to integrate with other software as a service systems compared to competing data warehouse solutions.

“We knew that most of our data will be in the cloud. And I want to integrate it into a single data warehouse,” he said. “At least my data warehouse is also within the cloud. It makes things much easier, in terms of connectivity and API, then the security. This is an example of how technology is feeding itself and changing.”

Assembly line efficiency at SodaStream has increased 15 percent so far, Rehav said. By the end of 2020 SodaStream will have doubled its production capacity since opening its production facility in southern Israel, according to Suissa. Late last year, SodaStream got a key vote of confidence from parent PepsiCo, which announced a $92 million expansion of the Lehavim plant.

Executives said the project still has a way to go before running its course. Going forward, Rehav said SodaStream will take its digital transformation to “the next level,” when it starts using machine learning and business intelligence tools to extract new insights from the data being harvested from operations.

As for lessons learned, Rehav said managers need to get out from in front of their screens in order to ensure success.

“You have to get out onto the shop floor and understand how the machine looks like and how the employees are working, and what they’re looking at and, even how to set up the workstation in an efficient way,” he said. “If you want to solve problems, they  will not be solved from your office desk.”