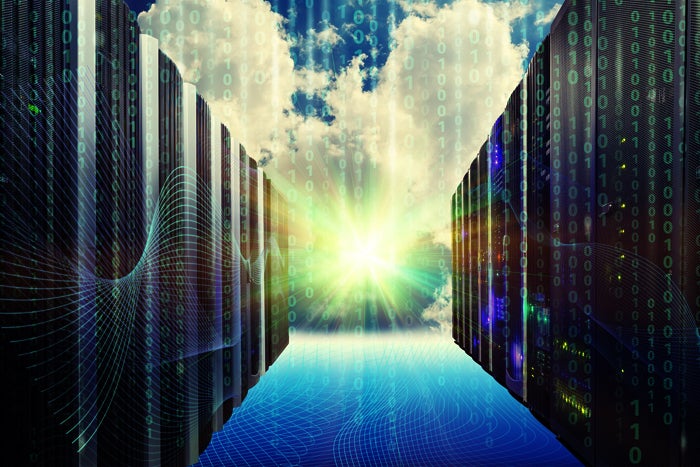 Startups and small businesses worldwide often suffer from cash-flow problems that have an impact on their technology purchases, and thus on their IT strategy. The COVID-19 pandemic is making liquidity a problem for big businesses as well – and this is compounding cash-flow issues especially in Africa, where even large enterprises can have difficulty procuring IT from foreign suppliers because of currency fluctuations.

These problems are giving fresh impetus to a new strategy from Liquid Telecom, a subsidiary of Zimbabwean billionaire Strive Masiyiwa’s Econet Global, to develop a tiered set of connectivity and cloud offerings – packaging up internet access, VOIP communications, and SaaS applications – for small, medium-size, and large enterprises.

Previously, Liquid had solely focused on large corporate customers, while its subsidiary ZOL chased individuals and small businesses. Now, Liquid is tailor-making products and services to suit SMEs as part of its tiered-package programme. The programme is still being developed and expected to be completed and unveiled in detail to the public soon, according to the company’s head of business development, Loretta Songola.

Songola declined to give pricing and details until the programme is officially rolled out. The broad outline of the programme as well as Liquid’s SME strategy, though, are becoming clear.

Services will be tailored to different markets

The programme is being trialed in different areas and is expected to be tailored slightly differently for different markets, according to a Liquid source who asked to remain unnamed. The broadest trial is taking place in Zimbabwe, the source said.

The SME market accounts for 73 percent of employment in Zimbabwe, and the country has been hit hard by UN economic sanctions and a declining exchange rate against the dollar.

The cost of internet and ICT infrastructure hinders small businesses from flourishing in Zimbabwe, according to Harare-based digital business consultant Kudzai Kachote. The country has a limited number of service providers, forcing some businesses to be stuck with expensive connectivity plans.

“Startups who are creative tend to bootstrap or cut costs using creative ways in order to survive,” Kachote said.

However, these issues are not exclusive to Zimbabwe. For example, as of the end of 2019, 11 sub-Saharan countries were subject to sanctions, and fluctuating currency exchange rates are an issue even in South Africa, one of the bigger economies on the continent.

Liquid has taken multiple steps over the last month or so to retain customers of all sizes. In February, it unveiled a six-month internet promotion for enterprise customers, including SMEs, allowing them to enjoy additional bandwidth with increased speeds of up to 50 percent faster than they had been paying for previously, free of charge. This week, Liquid announced that it would offer unlimited high-capacity bandwidth to users of its Hai retail fibre service.

Even before the pandemic hit Africa, Liquid was offering cloud services that allowed companies to cherry-pick applications they want to use. The offering was particularly suitable for small companies that tend to only invest in the essentials for their business.

Services and applications range from Microsoft Office 365, unified communications, Azure and Azure Stack, disaster recovery, data centre hosting, and Exchange online. All the software resides in  Liquid’s data centres. Liquid is a Microsoft Cloud Services partner and so it gets products direct from Microsoft.

Songola said Microsoft Teams is currently trending because of its conferencing facility and is fast replacing Skype for Business. VoIP has been integrated on Microsoft Teams, allowing connectivity from wherever on mobile phones.

Liquid has also introduced an enterprise security platform, Usher, from MicroStrategy, to deal with infrastructure challenges being faced by businesses.

The overall pitch to businesses is that they pay for what they use, without having the capital expense of big up-front costs for infrastructure. Additionally, the hosted applications and bundled services cut down on the need to hire new staff or consultants.

“When you simply take your infrastructure, put it in a data centre — it gets hosted in there — you have no problem, you are just managing a VPN link between yourself and a data centre; there is no human interference,” Songola added.

The idea is not unique, though. Locally in Zimbabwe, competitors include Utande, Powertel and TelOne. Regionally, telecom companies playing a role in the hosting and cloud services market also include MTN Group.

Though MTN annual revenue is larger than Liquid’s, Liquid has a fairly strong competitive position. It has operations across 13 countries primarily in Eastern, Central and Southern Africa, serving mobile operators, carriers, enterprises, and retail customers with connectivity, hosting and co-location services. It boasts of having built one of Africa’s largest independent fibre networks, stretching more than 70,000 km, and operates data centres in Johannesburg, Cape Town and Nairobi.

With its headquarters in Kigali and regional offices in Harare, Johannesburg and Accra, MND executives until recently spent sleepless nights thinking about solutions to storage capacity, security and the cost of new infrastructure, especially when they have to keep up with the latest tech innovations and at the very least, stay abreast with competition, according to MND managing consultant Mark Maraire

Performance across all three of Liquid’s unified comms and SaaS packages – for micro office, small office and office – has been consistent, Maraire said.

“We are running our business on the small office package, but have successfully delivered digital transformation projects where bigger entities adopt the ‘office’ package and enjoy good connectivity to cater for all business needs,” Maraire said, adding that the advantage Liquid has over competitors is that it includes VoIP in its packages and offers free Microsoft Business Essentials and Premium licenses as a component of packages aimed specifically for the Zimbabwean market.

Maraire said his company is developing infrastructure solutions for clients that depend on Azure, especially on the cybersecurity front, where most of MND Consulting Africa’s newer applications authenticate via Azure Active Directory.

“We have been involved in similar projects in East Africa and (these were) also on Azure cloud with Liquid providing the primary connectivity,” Maraire said.

Maraire, however, said Liquid Telecom’s package is a bit steep in terms of price per megabyte,  considering that a “burst by default” service – which raises bandwidth for certain applications as needed — is not on offer. ISPs that buy wholesale bandwidth from Liquid Telecom, Maraire said, offer a cost-effective service that includes  bandwidth-burst.

In addition, when rolling out the new service packages, Liquid should consider offering regional rather than by-country prices, Maraire said.

“Where possible Liquid Telecom should standardize pricing for services, both cloud and internet, to enable multinational SME business to offer clients a consistent proposition across countries where Liquid Telecom has presence,” he said.