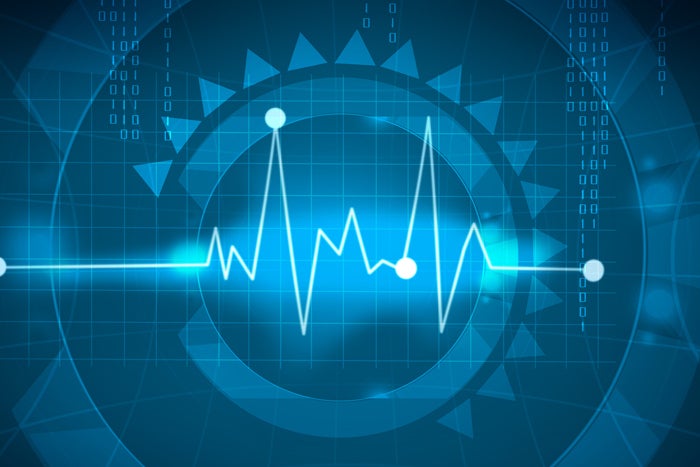 A crisis on the scale of the one we’re facing demands decisive action. Luckily for many IT leaders, the first move was easy: When COVID-19 work-from-home mandates hit, those with the right policies and infrastructure in place endured the massive shift to remote work with minimal disruption. Add VPN capacity, videoconferencing, and a healthy dose of candid communication, and productivity can remain relatively unscathed.

The really tough part is planning ahead. When you’re staring into the crater where the economy used to be, crossing your fingers that the Fed’s trillions will fill it, how do you budget for the coming year? Which projects should go forward and which should be scrapped or delayed when so many unanswered business questions loom?

[ As you strategize in response to the pandemic and its impact, read the Special Reports Navigating the coronavirus pandemic and Dealing with the downturn. ]

To determine how the pandemic is affecting the roles and priorities of IT leaders – and to discover what they think the long-term effects will be – IDG Research fielded the CIO COVID-19 Impact Study in mid-April. On a separate track, CIO, Computerworld, CSO, InfoWorld, and Network World have produced dozens of articles about the challenges and solutions COVID-19 has prompted.

With social distancing restrictions still in force and the curve of new COVID-19 cases just starting to bend, the results of our factfinding efforts must be considered preliminary. But they provide real insight into IT leadership’s current thinking – and hint at the new reality of IT from this point on.

No one should be shocked that, according to the COVID-19 Impact Study – which surveyed 414 IT execs, managers, and business professionals – the proportion of those who expect to increase their IT spending in the next year fell sharply from 59 percent in December 2019 to 25 percent this month. Likewise, those who think they will decrease their spending rose from 7 percent to 39 percent.

But surprisingly, the slice of respondents who expect their spending to remain the same actually grew from 34 percent to 40 percent – and the aforementioned anticipated spending drops were nowhere near as severe as those seen during the height of the financial crisis in 2009.

That said, a plurality (45 percent) of Impact Study respondents said their top priority in the coming year will be cost control and expense management. In the March 30 CIO article “7 tips for coping with a limited IT budget,” Ralph Labarta, CTO of business management consulting firm Engage PEO, reminds IT leaders to ensure their spending aligns with business priorities: If “a CIO is only able to deliver seven projects on a list of ten, those seven projects better be the most impactful projects to the business.”

That was the notion behind the March 25 CIO article “Doubling down on digital transformation during the coronavirus pandemic.” The downturn won’t last forever. Steve Bates, global leader of KPMG’s CIO center of excellence, summed it up with this anchor quote: “Organizations who double down on the most important advancements to allow them to emerge more competitive are going to win.”

Digital transformation actually tied with “improving remote work experiences” as the No. 1 priority among those surveyed. No less than 71 percent of respondents agreed with the statement that “the current WFH shift has created a more positive view of remote workplace policies and will likely impact how we plan for office space, tech staffing, and overall staffing in the future.”

Computerworld addressed that issue head on in the April 13 article “Remote working, now and forevermore?” In that story, Angela Ashenden, principal analyst at CCS Insight, offered a blunt assessment: “There’s a good chance that lots of businesses will see the opportunity to reduce their office space costs through broader support for remote working in the long term.”

The shift from office to home has gone better in some organizations than others, but roughly two thirds have done well. In the survey, 68 percent of respondents said their infrastructure was adequately prepared and 65 percent said the same of their support systems. Anecdotally, the biggest infrastructure problem was the inability to accommodate sufficient VPN connections, as the March 19 Network World article “Coronavirus challenges remote networking” revealed. In less than one week in March, U.S. VPN usage increase by 53 percent, according a vendor survey cited in that story.

But there’s more to remote work than infrastructure and support. The CIO article “7 secrets of successful remote IT teams” outlines the roles and responsibilities for teams collaborating remotely. Strong, compassionate leadership in disruptive times is key – a point underlined in that story by Allison St. John, co-founder of The Remote Leader Project: “It’s most important that the team lead have people skills so that the highly technical and most skilled people can continue to produce in their technical strength.”

There’s no way around it: Working from home increases endpoint vulnerability, especially when many employees may be unaccustomed to using their laptops on the home Wi-Fi setup. That’s one reason why 33 percent of those surveyed (and 51 percent of government respondents) cited security management as their primary focus over the next 12 months.

Back in mid-March, CSO posted “6 ways attackers are exploiting the COVID-19 crisis,” in which the threat of phishing emails figured prominently.  Sherrod DeGrippo, senior director of threat research and detection at Proofpoint, told CSO that “our threat research team has observed numerous COVID-19 malicious email campaigns with many using fear to try and convince potential victims to click. Criminals have sent waves of emails that have ranged from a dozen to over 200,000 at a time.”

Another survey question asked how IT leaders planned to spend whatever savings they might get from increasing operational efficiency. In response, 42 percent of respondents (and 52 percent of IT execs) said they were likely to invest in “new/upgraded technology to improve security,” the second choice after the perennial “new technologies to improve customer engagement/satisfaction.”

What new security tech might be procured? “COVID-19 offers a unique opportunity to pilot zero trust, rapidly and at scale” put one leading security trend front and center. Chase Cunningham, a principal analyst Forrester, offered a bullish take on the potential of zero trust, which mandates persistent authentication to prevent attackers from moving laterally when they penetrate an organization. “This is the future of the workspace and now they have an opportunity to test that stuff out for free in lots of instances and continue to grow from there,” he said. “If it was me, I would be jumping on this as fast as I could.”

Coming to grips with the new reality

IT leaders and everyone else are still trying to grasp the magnitude of our current crisis – the lives lost, the treasure spent, the businesses that may never recover. Yet it’s part of any leader’s job to set clear priorities, so when the unforeseen strikes, that which sustains the business rolls on, that which promises new opportunity nets investment, and that which offers too little return melts away.

It’s encouraging to see that among our respondents, transformational initiatives remain on the front burner. Many of those endeavors, once implemented, promise to reduce costs. Yet 41 percent of the IT leaders surveyed (and 48 percent of IT execs) said that redesigning business processes was their first priority, while 36 percent chose “developing and refining business strategy.” IT leaders are already thinking ahead and, in some cases, using the crisis as a pivot point to modernize operations and put an end to wasteful practices and projects.

At the same time, groups within organizations are recognizing their common interests, observed Jim Swanson, EVP and Group CIO at Johnson & Johnson, in the CIO article “How Johnson & Johnson IT is managing a global crisis.” He believes the pandemic has helped his company’s vast IT organization recognize the need to work together as one team. “We now see clearly that no one group is big enough, smart enough, or has all of the resources to be on their own. This pandemic is showing how powerful we can be when we work together on a single mission.”