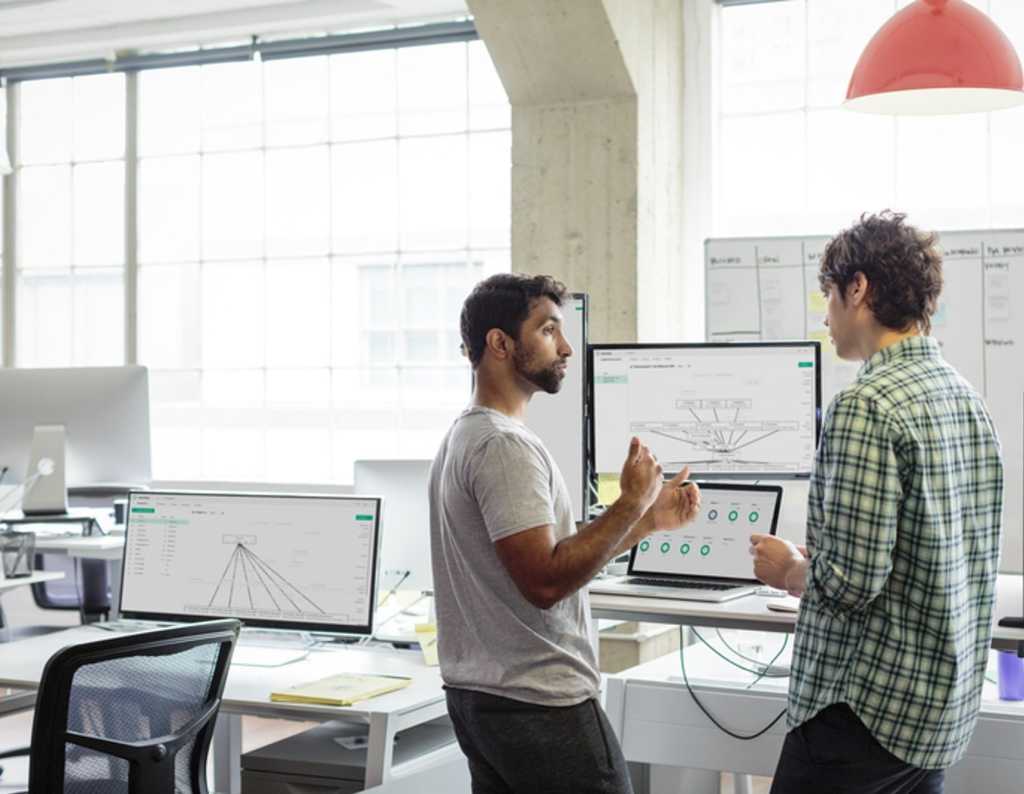 What could you accomplish in your day if every task took 75% less time? That’s exactly what automation does. It eliminates manual steps – saving you time, effort, and energy.

Take something as simple as washing clothes—automation has been built into the process, dramatically simplifying this once arduous task. Even people in the earliest civilizations tried to find the best ways to wash their clothes, first in streams of running water, and then in ever more sophisticated wash-houses and tanks. The first washing machine involved a process of pouring hot water into a tank, turning a lever to wash the clothes, and then wringing them between two rollers. A few hundred years later, the electric washing machine was invented, and it continues to be improved with ever more automation.

Automating IT with software

While the washing machine is a small example, automation is happening on a very large scale throughout the world. Especially in IT, every data center manager is looking to streamline their operations through automation, using software to create repeatable processes that replace or reduce manual interaction. Automation software carries out lifecycle management tasks with little to no human intervention, removing human error, which results in processes that are more secure, optimized, and efficient.

In a recent report, Save valuable time managing rack servers with HPE OneView, Principled Technologies compares using software-defined automation to speed up and simplify common tasks versus doing the same steps manually in a rack server environment. The results of their testing showed administrators could spend 75.2% less time to deploy a server using automation!

According to the report, “Each time you deploy or manage a server using the manual approach, an administrator must complete all the same steps, server by server. That hands-on time adds up fast as you add servers, especially for large deployments. With HPE OneView, administrators need only spend an extra 15 seconds to apply an additional profile from the template after they’ve set up the appropriate profile template for the first server.”

The report continues, “By giving your admins the tools they need to complete routine tasks, you can save them time and effort that they can then spend innovating and championing initiatives that will fuel even more business growth. We found that using HPE OneView to deploy and maintain HPE ProLiant DL380 Gen10 servers was significantly faster and easier than doing the same tasks manually. And, thanks to convenient server profile templates that make replicating settings on other servers quick and easy, HPE OneView can save time exponentially as the size of a deployment grows, freeing up valuable IT resources for other crucial projects.”

Automate: It’s easier than you think

To learn more about how organizations have implemented HPE OneView to automate and simplify server deployment and management, read the recent report Save valuable time managing rack servers with HPE OneView. And to implement automation in your own environment with HPE OneView, download the 60-day instant free trial today.

Frances Guida leads product management for HPE OneView Automation and Ecosystem. Her team drives the direction for solutions that use the unified Composable API, a single, open API native in HPE OneView, to automate the provisioning, configuration, and monitoring of HPE infrastructure. By integrating with this unified API, ISVs can provide solutions that let customers reduce the time spent on managing their environments and accelerate time to value. With more than 25 years of experience in the IT industry, Guida has held a variety of roles at HP and Hewlett Packard Enterprise, which include product management for HP servers across Europe, the Middle East, and Africa, managing HP alliances with leading independent software vendors, and driving innovative programs for solutions. To read more articles from Frances, visit the HPE Shifting to Software-Defined blogsite.