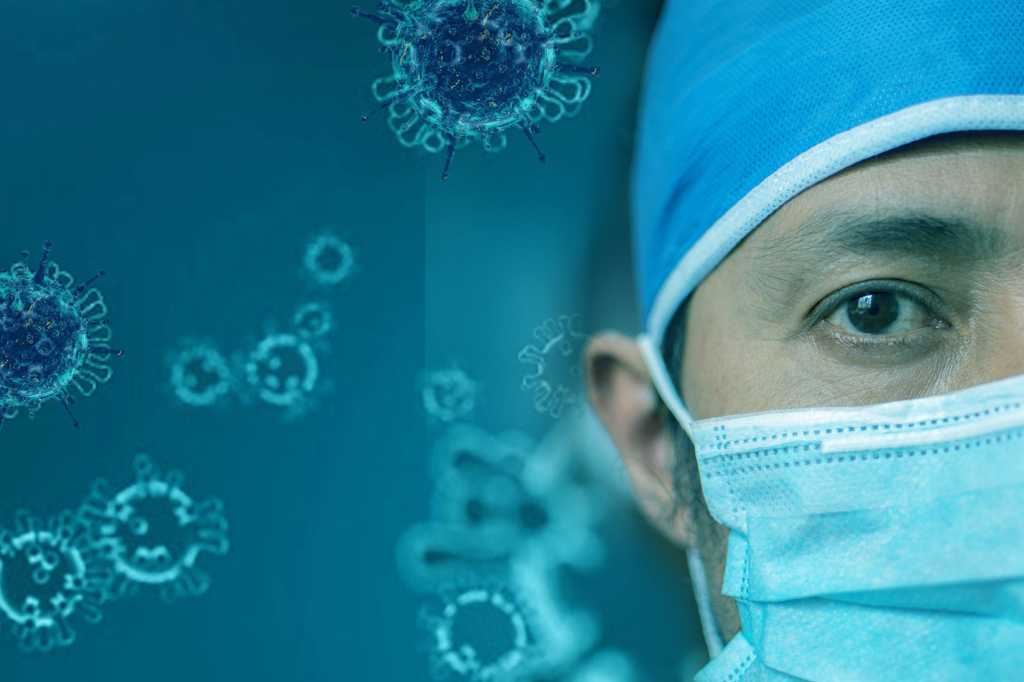 Ventec Life Systems was a little, and little-known, medical device manufacturer in the Northwest until the COVID-19 pandemic triggered a huge spike in demand for its VOCSN ventilators. Previously, Ventec had the capacity to make around 3,000 of its multi-function ventilators a year, but in early April it landed a contract from the Federal Emergency Management Agency to deliver 30,000 of them by the end of August.

To meet this demand, Ventec has teamed up with General Motors to open a new factory halfway across the country, and called on Seattle consultancy Slalom for strategic support in scaling up its IT operations.

“They needed somebody that has seen from end to end, from lead management all the way through support, from call centers all the way through infrastructure,” he says. “I’d been sitting at home for three weeks on Zoom and Teams calls. This seemed like an opportunity that I could actually get involved in myself.”

Through late March, Ventec was quietly developing plans with GM to begin manufacturing its ventilators at a GM factory in Kokomo, Indiana, and somewhat less quietly negotiating with the Trump administration over their delivery.

Wong went into Ventec’s Bothell, Wash., headquarters on April 3 with the brief of helping the company get the IT help that it needed.

The first thing he tackled was reporting, working with Ventec’s existing implementation of Microsoft Power BI in Azure to figure out how many ventilators the company was already producing, and where they were headed.

“Being able to see a device coming directly off the line, allocate that to a customer, and then identify when it shipped becomes critical information, so exposing that, putting that into dashboards that the C-suite can react to was priority No. 1,” he says.

Next on his list was hooking up the new factory to Ventec’s ERP and other systems. Ventec has around 100 workers at its headquarters and factory in Bothell while the Kokomo plant, which shipped its first units on April 17, will eventually employ 1,000. The assembly process there is mostly manual, and each station needs access to Ventec’s Syspro ERP system, to scan parts for lot tracing, and to its uniPoint quality management system for testing.

The company already has contract suppliers feeding into its materials requirements planning processes, but this is the first time it has had to deal with multi-site manufacturing. “Now we have dual sources of manufacturing as well as servicing, so thinking about a flexible, cloud-based architecture that allows for us to have visibility into both sites and then having something scalable was priority No. 2,” Wong says.

With the basics assured, Wong set about establishing scale and stability, looking at product lifecycle management (PLM) tools and upgrades or extensions of Syspro’s functionality.

For better or worse

While companies making ventilators and medical masks are seeing a boom now, this is likely to be followed by a steep ramp down in production as the pandemic passes — a reverse of the situation that businesses in most other sectors are likely to experience. These cycles could repeat if the pandemic returns in the fall or next spring, as many predict, so businesses will need to be ready for volatile shifts in operations.

“This is the same if we are making shoes or potato chips, or in retailing: Let’s get ourselves ready for whatever the next change may be, whether that’s a different remote working situation to different ways that we are going to have to create customer experience,” says Wong.

What that new normal may be is something Wong has been discussing with Ventec’s leadership and will determine whether he needs to build IT systems capable of sustaining a 25x increase in production compared to before, or whether 10x is sufficient.

“It would be easy to say, ‘Oh, we’re going to move everything to Salesforce, or we should immediately upgrade to a larger scale ERP,’ but coming back to a new level, over-investment is something that we really want to pay attention to,” he says. “We need to make sure that this still fits the business model Ventec has, while balancing the fact that this was a fairly small technology shop.”

Today, Ventec’s in-house IT team handles desktop management and networking support, with contractors or consultants dealing with application development and the ERP system. In addition to Wong’s help, Ventec has also had support from a number of his Slalom colleagues, in Seattle and in Kokomo.

When the rush is over, Wong would like Ventec to have more in-house knowledge of its ERP system. He’s recommending the company stick with its existing Syspro setup and is working with integration partners to enable new functionality and cloud features that hadn’t been needed before.

One thing is certain: COVID-19 will leave the company with a much larger number of devices in the field, all needing ongoing services and support.

That means ramping up the infrastructure to support VOCSN Multi-View, a cloud-based reporting tool Ventec launched in November to help physicians and caregivers make decisions about treatment. VOCSN isn’t just a ventilator; it also delivers oxygen, helps patients cough, provides suction and acts as a nebulizer to deliver medication, so there’s a lot to track.

Wong is also looking at pulling together the work of the outsourced call centers handling sales, field support, service and repairs, building a case management tool within Salesforce Service Cloud to help the company learn more about the calls that are coming in, and providing more online training and other resources to reduce the volume of calls for assistance.

While the IT team at Ventec have been “super open to any suggestion,” Wong says that making changes has been a slower process at other businesses he has seen.

“Sometimes we get in our own way, just talking and thinking and meeting about stuff, but now there’s a real opportunity to see the success of a lot of these companies,” he says, and not just those that have pivoted to build more ventilators and masks. “Seeing what we were able to do in four weeks here gives me hope.”

Wong has some parting words for IT staff preparing their post-pandemic plans: “For any team that is trying to get motivated, I would say let’s get ready, let’s cut some of the red tape that we had before, and let’s get scrappy again.”