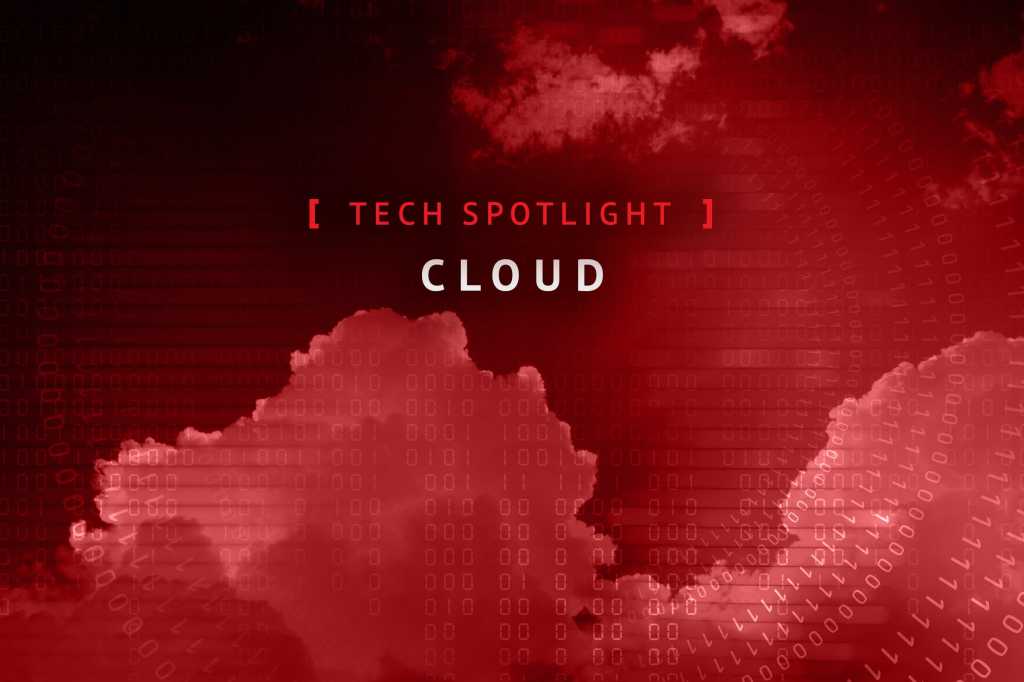 Paul Ryan stepped into the CTO post at OpenX in 2017 and found an IT department in need of an overhaul.

OpenX, a technology company that makes a programmatic advertising platform, was still 100 percent on-prem. It had five data centers holding 45,000 servers and an IT team organized around the legacy skills needed to maintain that conventional technology stack.

“There was a vast amount of resources keeping this physical infrastructure up to date, but in this digital age it’s not a value-add activity; there’s no value in maintaining physical servers on-prem,” Ryan says.

Ryan put together an aggressive plan to move to the cloud in 2019, opting for software-as-a-service solutions in some cases and Google Cloud Platform for the remainder. It took Ryan and his team just seven months to fully migrate to the cloud, close the data centers and sell the old servers.

That, though, was only part of the transformation, Ryan says. Moving to the cloud also meant retooling his IT department — an equally significant task that required retraining, re-organizing, reassigning and even trimming his team so that they were optimized for the new environment.

Shifting to the cloud

Cloud computing has been part of the IT agenda for the past decade, with nearly all CIOs having some workloads in the cloud. The 2019 Cloud Adoption Report from Bitglass, a cloud access security broker (CASB) vendor, found cloud adoption at 86 percent — up from 24 percent just six years prior.

During these years of migration, the most successful CIOs adjusted their departments to support the new paradigm. They added new skills to their IT staff’s repertoire and de-emphasized other skills as on-premises work requirements decreased; they tweaked some working processes and completely change others.

Yet like the move to cloud itself, overhauling the IT team is an ongoing process, and IT executives and management advisers alike say CIOs still have more work to do to prepare their departments to work effectively and efficiently in the cloud.

“It is about more than just getting workers cloud certifications. It’s about CIOs trying to understand how they’re going to work differently,” says Adam Pollak, advisory principal and leader of the KPMG Technology Strategy Center of Excellence, explaining that IT departments must build the skills needed to understand how cloud changes costs, security, performance, integration with other systems, governance policies and user access — and then organize workers so they can best manage those pieces.

“We’re in the middle of this big paradigm shift, and there are many that haven’t yet thought it through,” Pollak adds. “But they’re now realizing what the impact means and what new skills are needed as well as what an operating model looks like. It takes planning to do it right and cost effectively.”

At OpenX, Ryan started his ambitious cloud initiative by working with Google to develop a required four-week mandatory training program for his team. He also paid for related certifications for staffers who wanted that extra education.

Simultaneously, he lobbied workers to embrace cloud. When any staff questioned whether staying on premises might be an option, he let them know the old servers were being sold. “I wanted to make it so it was inevitable, so I had to get people onboard,” he adds.

He also drove a culture of close collaboration, bridging the divide between development and operations teams so that together they could take advantage of the continuous delivery of application features that cloud computing enables.

“I pitched it more as, ‘This is what’s happening in the world in terms of technology and this is a career growth opportunity,’” Ryan says, adding that although he faced resistance from some senior staff members, most of his team were excited by the changes.

Others share Ryan’s approach. They stress that IT teams require new technical skills to fully embrace cloud and all the benefits it has to offer but note that IT teams also need to work differently, with new processes and a new culture centered around cloud. For example, IT must switch from a department skilled and structured around patching on set schedules to one capable of continuous updates.

“It’s skills, organization, it’s about how IT works,” says Richard Stiennon, chief research analyst with IT-Harvest and author of Secure Cloud Transformation: The CIO’s Journey. “The structure of the department has to change to accommodate the new architecture.”

Stiennon sees the need to rethink IT from top to bottom: CIOs working with other executives to articulate a cloud-based digital agenda; cloud architects and cloud engineers working to implement the technologies that will drive that strategy; a security team leveraging identity management, new technologies and zero trust principles to control access to cloud resources; and developers, operations, security and the business all working together in agile fashion to continuously transform how the organization works.

That’s a big cultural shift — one that requires IT to flip from its historic view that a steady-state environment reduces risk to one that views staying static as risky, says Ron Hayman, chief cloud officer and COO at Avant Communications.

“You have to have a need to change and innovate, otherwise you put your company at risk,” Hayman says, noting that the organizations that were best positioned to respond to the pandemic were those that had embraced this ethos. And that, he says, requires a CIO capable of building a team confident in its ability to work in such a dynamic culture.

“CIOs have to be focused on competitive advantage and providing their organization more options and more flexibility to operate in conditions that change,” he says.

The range of skills and experience needed is broad — and impossible to find in any single individual. CIOs need people experienced in migrating data to the cloud and implementing security in the cloud, as well as those versed in specific cloud platforms such as AWS and Azure.

To fill the newest IT positions, such as cloud architect and cloud engineer, CIOs need IT pros with a combination of conventional experience, such as programming skills, and new acumen, including the ability to work with serverless platforms, containers and container orchestration systems.

IT departments also need people who can manage this new paradigm from a business perspective. This requires people who can accurately forecast costs as work moves to the cloud, compare contract offers from competing cloud vendors, and know how to read bills from the cloud providers, in addition to those who can monitor utilization and ensure the department has the infrastructure and capacity it needs without breaking the bank.

“There are some real things that need to be taken care of that you didn’t need to worry about before when it was your own servers. This is about how to manage a cloud infrastructure at an administration level,” Hayman adds.

On top of all that, IT departments need workers capable of doing all this work on collaborative teams working in the new agile, Scrum and DevSecOps models. “You have to have people who understand that world to deliver faster,” Hayman says.

In fact, IT departments are finding, as they further their cloud adoption and move to agile development methodologies, that the clear delineation of responsibilities that had traditionally existed among job positions managing on-premises data centers and operations increasingly blurs.

That blur requires each worker to have a broader skill set than in the past, including the ability to understand and even perform elements that were once done by his or her co-workers.

“There’s more blurring of lines, from the top of the stack to the bottom,” says Scott Likens, who leads advisory firm PwC’s New Services and Emerging Tech practice. CIOs who make the most of cloud computing are those who understand that dynamic and develop IT workers with strong collaboration skills, while cross-training them on other skills and eliminating the siloes that have historically existed between functions within IT, he says.

“The mindset used to be: You’re an infrastructure expert or you’re this kind of expert. Now everyone in the organization has to have a level of cloud competency and cloud language skills, and the CIO has to upskill everyone on the team,” Likens says.

It remains challenging, however, to find cloud skills on the market.

The 2020 Technology Salary Guide from staffing firm Robert Half Technology found that 67 percent of IT managers want to expand their teams in areas such as cloud computing and security, with 89 percent indicating that they have a tough time recruiting for those skills.

The survey further found that IT managers are particularly interested in hiring cloud specialists (architects, engineers and systems engineers), as well as cloud security specialists.

Additionally, the report identified cloud computing as one of the most in-demand areas for professional development.

That last point is an important one, management advisers say, reinforcing the need for CIOs to make continuous learning a staple of a cloud-focused IT department.

“Finding the needed cloud skills is a problem, and it’s a tough, competitive market for those skills,” Likens says. “But the pace of change in those skills is also a challenge; every single day there’s something new.”

That may explain why those who have successfully shifted to cloud say one of the biggest changes in the IT department should be its mindset. CIOs should create — and staff for — a department that can evolve as continuously and as rapidly as cloud technologies do.

Emile Zafirov, CIO of Logistics Plus, a global logistics company based in Erie, Pa., built that kind of team. His company’s cloud journey mirrors many others, with migration work happening on an ongoing basis. The company is now about 70 percent cloud-based.

Zafirov says his employees have likewise continuously shifted, moving from a department where workers were put into one of five separate groups (such as infrastructure and security) to a department that requires workers to be much more cooperative and focused on integration.

“All of the teams had to start seeing things differently,” he adds, noting that effective communication and adaptability became two of the top traits he needed in his workers.

“The main thing was to get the people to stop thinking in terms of the old systems we had on prem and to embrace the new tools and the new goals that we could reach with all the services that the cloud brought to us,” he explains. “It takes a change of perspective, an expansion of the field of view for everyone who plays a role in the new processes, in addition to the new skills they need for the new architecture they’re dealing with.”

As CIO, Zafirov had to market that vision of what’s possible, all while restructuring and retraining his team so they could support it.

“In my opinion the key to a successful migration [to the cloud] starts with the IT team’s perspective. If they see it as a hostile and complex environment to deal with, if it’s a pile of extra things that can break and security holes that can be exploited, they will be learning the technicalities because they have to,” he says. “If, however, they see the cloud as that large box of nice and bright watercolors and brushes they can work with, they will learn all the technicalities they need and will keep looking for more creative ways to solve old (and new) problems.”

And once the IT team is on board, they become catalysts for changing the organization’s culture at large.

“They will be communicating with the not-IT teams and advocating and championing new ways of doing things — and helping others in their company reskill for the future,” Zafirov says. “This way IT teams play a much larger role both in the present and the future of their companies than just doing IT.”