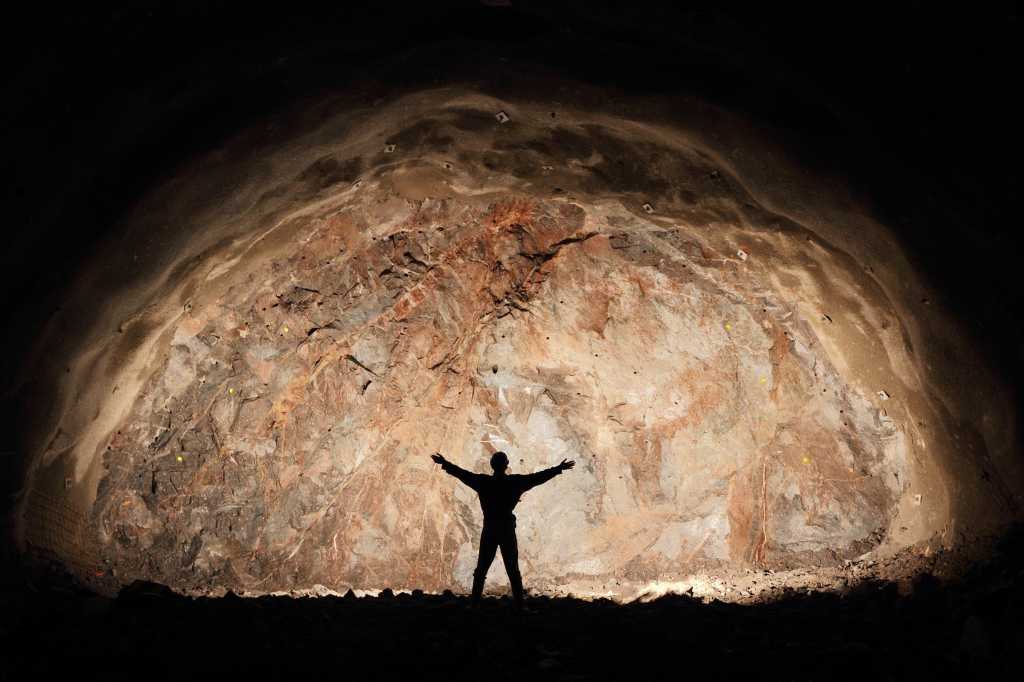 When Newcrest Mining CIO Gavin Wood took the reins back in 2014, he faced a set of challenges unique to organisations in the precious metals space.

On the one hand has was tasked with building a new team supporting the digital transformation of a company in one of the world’s oldest and most geographically-challenging industries. On the other he was required to do so with a somewhat limited budget, given the gold price at the time – and therefore Newcrest’s earnings – were tracking downward.

Typically a safe-haven during times of economic uncertainty, gold had been on a tear after the GFC, hitting an all-time high $1,917.90 in August 2011, before losing its lustre to fall back to around $US1,200 two years later, and falling further under $US1,100 in 2016.

“Through the time when the gold price fell and we’ve had to focus on costs and we tried to be all of cheap, good and fast,” Wood tells CIO, adding the company also “eschewed” some of the more expensive system integrators along the way.

Since the pandemic hit, gold been rising sharply, currently trading close $US1,750 an ounce with Goldman Sachs and others suggesting $US2,000 might not be far away.

One of the world’s biggest gold miners, Newcrest operates two mines in Australia, one in PNG and a fourth in Canada. It also produces copper.

Wood notes he’s definitely got more budget for digital projects at the moment, but downplays any direct association with the actual gold price.

Rather he notes it’s been the ability of he and his team to consistently deliver projects, while clearly demonstrating tech ROI, that has loosened the purse strings of the bean – or rather, nugget – counters at Newcrest.

“As we’ve been successful we’ve been given more rope to do more,” Wood says. “But it’s been hard-earned.”

Using McKinsey’s Wave tool for portfolio management, Newcrest has tracked its IT initiatives to recoup its almost $40 million annual IT spend year-on-year since Wood’s tenure began.

“To be paying back the company’s investment in IT each year is a fantastic achievement,” he says, adding that this financial year Newcrest will have delivered 400 waterfall and agile projects, with 97 percent delivered on budget and on time to date.

Compared with many other areas of mining, mining for gold is really about finding needles in haystacks, with average yields a mere few grams per tonne or ore mined.

And unlike coal or ire ore operations, for instance, most of the processing occurs on site, including crushing, milling, flotation and sulphur burn-off.

“There’s a huge amount of data that comes off that,” Wood notes.

This makes the industry fertile ground for technologies such as AI which aid in discovering opportunities for small, yet important incremental improvements.

“The opportunity for technology to make a big impact in mining is huge,” he adds. “A bit of data science that costs $100,000 can deliver tens of millions in value”.

Newcrest now has some 120 separate data science models operating across the business.

AI-driven mobile apps for managing maintenance, worker safety as well as improving yield at mine sites are among the standouts, in particular an SAP solution using ‘machine-vision’ trained to pre-emptively identify potential maintenance problems and report on them.

After inheriting what he describes as a great deal of “complexity” across Newcrest’s various platforms and systems, he and his team set out with a mission to make things a lot simpler.

“We saw an opportunity to do things in a standardised way, ensuring that solutions are reusable across the company. That was the real challenge.”

Key to achieving this was developing the right culture at Newcrest; one especially focussed on “personal accountability”.

“My new leadership team and I focused on what type of team we wanted to be and what our ideal behaviours would look like,” Wood explains. “That’s been core to the successes we’ve had.”

With the right team and attitude in place, the IT teams then adopted an uncompromising focus on customer-oriented “solutions”.

Naturally making the right calls when it comes to technology – and technology partners has been critical.

When Wood says Newcrest is “tech agnostic”, he means it.

The company has Microsoft, IBM, and SAP all on the books. Interestingly, Newcrest was the world’s first mining company to deploy IBM’s Watson.

But he stresses that while Newcrest might appear to favour the “monolithic” tech giants, it’s their global platforms that allow the company to truly scale solutions developed in partnership with smaller, agile and often local development teams.

For example, Newcrest is working with Sydney University on solutions for quantifying uncertainty in data science, as part of the DARE (Data Analytics for Resources and Environments) program.

COVID-19: working from mine

While most businesses have experienced major disruptions due to COVID-19, miners like Newcrest have been less impacted given the most important work takes place in far-flung remote locations with the workforce travelling often.

“We’ve largely stood up fairly well as a large proportion of our workers are used to working remotely,” Wood notes.

One of the key digital projects overseen by him and the team saw 3,500 workers mobilised last year with 36 apps handling some 35,000 transactions a month.

Yet despite the clear vote of confidence from the Newcrest board, Wood admits he was worried that new projects in the pipeline would be delayed – even cancelled – back in March.

“When COVID started I was worried we’d have to stop some of the more ‘discretionary’ projects, but we’ve actually been asked to do more work by our sites.”

Citing Newcrest’s Cadia gold mine in NSW, staff have really “pulled” technology that they want to use, rather than needing to have it “pushed” on to them, he adds: “The past 12 months has seen a step change in the way the site views tech and that is a real credit to the site leadership team.”

The pull is also evident across the entire organisation as more people look to use digital services to drive improvement. Not just to improve mining processes and profitability, but also to improve safety, a perennial concern in the mining sector.

With this in mind, Wood and the team were tasked with developing Newcrest’s own app for tracking and managing distancing during COVID-19.

Once again highlighting Newcrest’s frugal sensibilities, Wood proudly notes: “We developed our app for ‘thousands’ of dollars, compared with millions spent on developing the government’s version.”

“Our app works just fine and is in wide use at Cadia.”