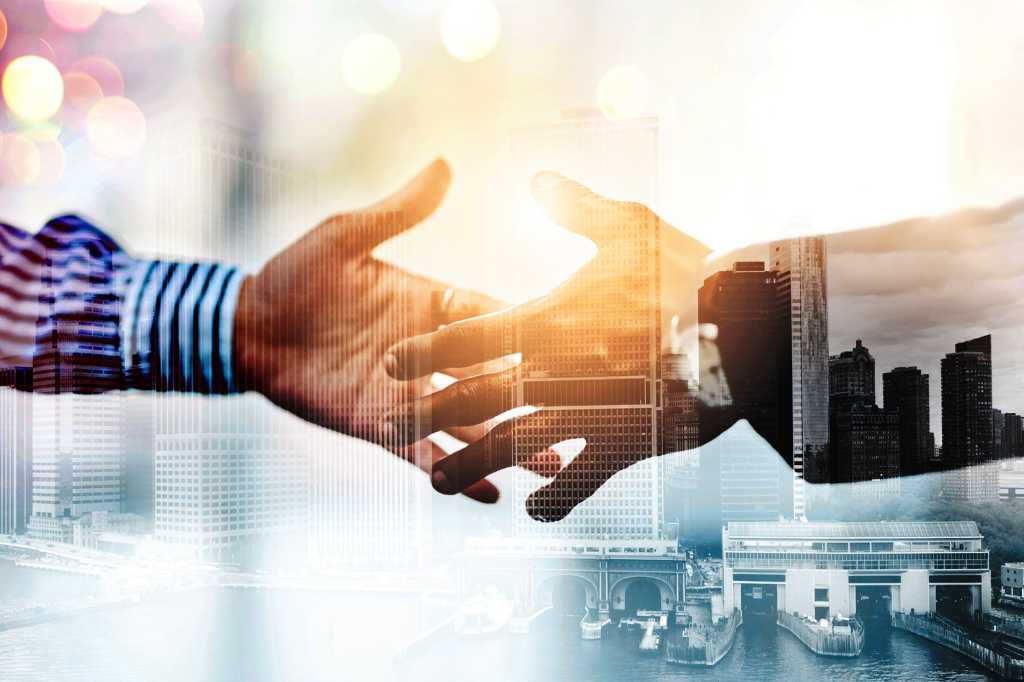 In mid-March, as social distancing became widespread in the U.S., the IT team at LogMeIn noticed some changes. LogMeIn provides remote access for people working away from the office as well as the video conferencing software GoToMeeting, so it wasn’t surprising that activity was on the rise. But the very sharp increase presented some challenges.

“The IT team runs all the contact centers for our customer care and sales teams,” says Ian Pitt, LogMeIn’s CIO and senior vice president. “We noticed our call queues were getting too big.” On top of that, he says, there were leading indicators that suggested sales were about to rise sharply as well.

Something had to be done, and fast. Pitt came together with the senior vice presidents of global sales, business operations, and customer care. The four held weekly meetings and set up a Slack channel devoted to the COVID-related demand surge. It was a problem and opportunity that had to be met with a mix of technical and non-technical solutions. “We were tracking product sales across the world,” Pitt says. “This turned into IT reviewing all the contact center infrastructure.” At the time, like many of its customers, LogMeIn had itself just moved its customer care team to working from home, which posed its own set of challenges.

The customer care SVP reported that many of the calls to the contact center were from frustrated customers who needed to buy more licenses as soon as possible but couldn’t get through to the sales team because of the volume of incoming calls. To solve that problem, the COVID demand response team set about increasing the company’s sales force from about 800 people to its current size of about 1,000.

Some 60 of those new salespeople had formerly worked in other areas and volunteered to transfer into sales. “When we moved people home, we didn’t want to lay anyone off, but we had a large team of people who only worked in the offices, from receptionists to baristas,” Pitt explains. “We offered them the chance to be trained in sales techniques, which many of them jumped at.”

IT increased telephony capacity and obtained the needed software licenses for the new salespeople. All told, the company deployed its newly enlarged sales force in less than two weeks. “We saw the customer care volume start to go down because there were more salespeople on the line who could get to more customer calls,” Pitt says. “It turned into a plateau, not a spike.”

Although they may not have used the term, this was a perfect example of co-creation — business and IT leaders coming together to identify, define, and solve a business problem, working as equals. Co-creation is the next stage in the evolving relationship between business and IT, experts say. Once IT leaders were order takers who delivered on requirements that the business provided. Then they became colleagues who would listen and learn as the business defined its problems and then find ways to solve them. But to deliver maximum value, IT must also help identify and define the business problems that need solving, rather than just solve them. It’s an important next step in a world where technology can drive profits and create competitive advantage.

Not every organization is ready to do this, says Monika Sinha, research vice president in the CIO research group at Gartner. “Part of it is having a culture in which technology is seen beyond the old factory model in which we focused on delivering devices and applications,” she explains. The organization must view technology “as a strategic capability rather than something that needs to be cost-contained and managed. Once we understand that, we can develop the operating model, as an organization, to bring in the people, processes and tools we will use to co-create.”

If you believe your organization is ready, what does it take to co-create with the business? Here’s what some who’ve done it say.

Co-creation is often mentioned in tandem with agile.

“Agile is necessary for co-creation — it’s the first ingredient,” says James McGlennon, CIO at Liberty Mutual Insurance. “You need teams made up of business and technology folks working together, prioritizing and understanding the impact of what they’re doing.”

This is the process at Liberty Mutual that led to Workgrid, a digital assistant that helps employees complete tasks such as filing expense reports and reviewing their and their direct reports’ time off. Workgrid was co-created by the company’s HR and IT teams, initially conceived as an internal tool for Liberty Mutual’s 50,000 employees. “It’s now a company in its own right,” he says.

Gartner’s Sinha says that co-creation also leads teams toward a product, rather than project, orientation. “When we start talking about co-creation, we start to move out of technology as a stand-alone deliverer to something that is more of a product. The definition of an IT product is the ability to have a technology and a transformation in the business. Some business process changes or some customer experience changes because we’re putting some technology in the hands of the customer. So we’re moving away from digitizing business through automation and tools to actually enhancing or delivering products and services that customers use,” she says.

IT executives and their business counterparts have been coming together in cross-functional teams since the beginning of IT. What makes co-creation teams different?

“Traditionally, we have business departments and IT services and we solve problems through tech talent that we bring to bear,” says Penelope Prett, CIO at Accenture. “It limits IT and business to talking about the specific problem at hand. It’s efficient and effective, but it doesn’t help you deliver new value every time.” In co-creation, she says, “You’re seeking to expand the terrain you play to create net new value. You’re both working toward the exact same goal, which is bettering your company and differentiating yourself.” To do that, she says, “You create with your business partner an intimate, flat, diverse work team where all viewpoints are encouraged.”

That kind of approach led to ALICE (for Accenture Legal Intelligent Contract Exploration), a co-creation between IT and the company’s legal team. ALICE, which won a CIO 100 award this year, uses AI to search the company’s tens of thousands of client contracts to spot problematic terms, and to help Accenture’s 2,800 attorneys understand the company’s obligations to clients. ALICE also enables the company to uncover trends within the industries it serves. Prett doesn’t know and hasn’t asked whether an IT or legal team member first proposed the idea.

When assembling a co-creation team, it’s especially important to include a variety of seniority levels, she says. “I may have a senior business sponsor, but I’ll also encourage that person to bring in very junior people from the same area.”

Prett learned this lesson years ago in a client workshop in which one person was a very junior employee on her third day at the company. A customer-facing solution was being discussed, and this young woman spoke up. “That’s not the way I would do it. If I was talking to my bank, I would do it this way,” she said. The conversation stopped dead, Prett remembers. “This was from a consumer who had grown up in a world where technology was at her fingertips,” she says. “You don’t have the full power at the table if you don’t have all levels and walks of life.”

But even though you should include team members from different levels, a co-creation team should be small. Sinha recommends following Jeff Bezos’ “two-pizza rule,” which states that every team should be small enough that you can feed it with two large pizzas. Appetites, pizzas, and toppings can vary, but following that rule suggests that co-creation teams should max out at eight or at most ten members.

One way to make this work is for people to give up their attachment to specific roles within the team, Sinha says. “When we talk about co-creation teams, business and IT are not segregated by the roles they bring to the table, and they may be acting in different capacities. You may have a developer who is also a business architect, or a businessperson who will also be co-developing because they can work directly with the technology,” she says. “There aren’t necessarily titles in these teams and they’re not trying to deliver a specific technology. They’re trying to deliver a customer experience.”

IT on an equal footing

Co-creation won’t work, those who’ve done it say, unless IT leadership is the full equal of other business leaders. “I report directly to the CEO,” Liberty Mutual’s McGlennon says. That reporting structure effectively eliminates any hint of IT as a mere order taker, he adds. In fact, it’s been so many years since IT has been seen that way at his company that he says he can barely remember the support-role days. “We’ve moved from order take to service provider to trusted partner to critical thinker on what opportunities there are,” he says.

Is having the CIO report directly to the CEO a prerequisite for successful co-creation? “No,” he says. “But it doesn’t hurt.”

“Co-creation doesn’t work unless you elevate the CIO and IT to the same place as other business functions,” says John Samuel, executive vice president of digital transformation and innovation at applications and outsourcing company CGS. Samuel was formerly the company’s global CIO. “About a year and a half ago, we created this new role,” he says. At the time, he and the CEO had determined that the best way to serve as a partner to the business was to separate that role from the rest of IT. So Samuel hired a CIO to fill his old role and created a whole new team.

With this need in mind, CGS held a summit in 2019 for about 40 IT and business executives from all sectors of the company, with the aim of creating exactly this sort of dialogue. That led to a large initiative to use robotic process automation (RPA) in various areas of the company. One such project, dubbed “Swivel Chair” solved a problem where call center agents frequently had to switch among multiple systems to resolve a customer’s issue, which led to errors. “We used RPA to look at the different systems and bring the information together,” Samuel says.

The original idea for Swivel Chair came out of conversations between IT and operations leaders at the summit. “As IT leaders, we don’t do that often enough,” he says. “We wait for requests to come in. Sometimes there are great visionaries on the operations side, but they don’t know what we can do. We need to empower them with what is possible.”