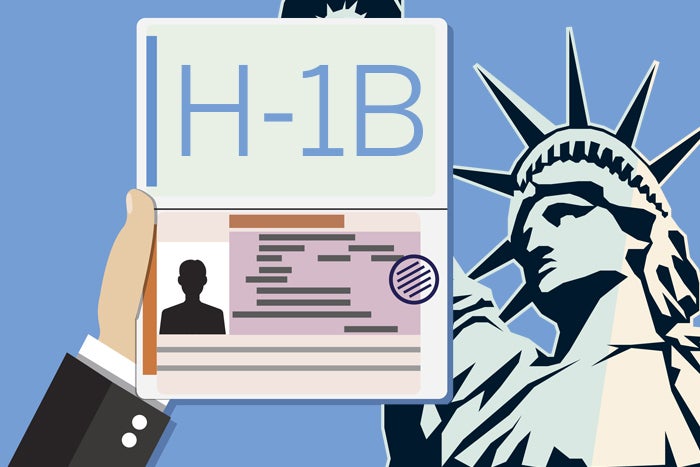 Following the presidential proclamation that temporarily suspended entry to the U.S. for H-1B visa applicants till the end of the year, there has been a flurry of reactions from the tech community. Recently, a group of 174 Indians filed a lawsuit against the administration in the US District Court in the District of Columbia.

Read: What Trump’s H-1B visa order means for IT

The tussle between the H-1B visa workforce and job security for home-grown American talent is not new. While Indians account for nearly 70 percent of H-1B visas allotted every year, there is a gradual and conscious decrease in “visa-dependency” in the IT services sector. According to a CRISIL analysis, “The U.S. move will have only a marginal impact because it pertains to just new H-1B and L1 visas issued until December 2020. Applications for renewal of visas, which on average are 3-4x new H-1B requests, remain unaffected.” Indian IT firms have been gradually decreasing their dependence on H-1B visas over the past three years due to increasing denial rates – from about 6 percent in FY2016 to 39 percent in the first half of FY2020.

Binod Hampapur, Executive VP at Infosys, credits the organization’s localization strategy for reducing its H-1B dependency. Localization enables Indian IT firms to temporarily hire foreign workers onsite. In May 2017, Infosys announced its plan to foster innovation hubs in the U.S. and to onboard 10,000 workers there over a two-year period. Worldwide, Infosys hired 78 percent of senior roles from local labor pools in FY20, according to the company’s 13th Annual Sustainability Report 2020.

The move seems to be paying off. Hampapur says: “Of course, we would want the workforce in India or other locations to visit client locations to understand the work atmosphere, nature of the job and culture. If more than 60 percent of our business is coming from a certain geography, we would want our workforce to understand how things work locally.”

However, since the localization strategy has kicked in, H-1B dependency is no longer an issue for the organization, and neither is Trump’s recent move.

The current pandemic has put a stop to many workers’ travel plans — but Hampapur points out that localization is a solution to that too.

Sachin Jain, CIO (Global IT operations) and CISO at Evalueserve also highlights the importance of hiring local talent: “The way we worked on the offshore-onshore strategy, we have also focused on localization. If we need talent in the U.S. the first approach is to hire from within the country, within the geographies where our offices are located. We do not see the recent visa ban to have a big impact on us, in terms of hiring or projects.”

Impact on hiring and cost structures

Moving work to where the workers are is another option.

According to an IT leader at an IT consulting firm, “The organization’s current business is completely protected against the visa move. Considering nobody knows when travel is going to start, a lot of processes that were being executed in a colocated manner are now being done in a distributed way. Hence, we are not anticipating a large scale impact that could lead to a significant dent in terms of operations or revenue. But there will be a minor impact, which the local market will fulfill in the absence of H-1B.

“Indian IT industry runs on long-term relationships with clients, and we have not seen any of our customers take the visa ban as a cue for cost negotiations,” he adds.

When it comes to hiring, “Every company currently has enough available talent pool,” he says. “There is a significant dip in hiring new talent unless it is selective or niche.”

The impact also needs to be understood from a client perspective, according to Hampapur at Infosys. “It depends on which sector your customer is from. For example, airline, hotel, travel, and related domains are heavily impacted.” Customer organizations in those markets are naturally looking at how to reduce spending in those domains.

Telecom, hospitals, pharmaceuticals and e-commerce on the other hand are flourishing, with most organizations adopting digital for the long-term.

P S Reddy, Global CTO at Startek, expects that the talent pool in India will increase as visa applicants are unable to travel, giving Indian organizations an opportunity to hire at home. The grey area is whether that increase will match incoming project demand from the U.S. as organizations there are unable to hire more foreign workers.

Outside U.S. political circles, then, the effect of President Trump’s proclamation is limited: Business will go on, both for Indian IT/ITeS providers and for the U.S. companies that hire them.