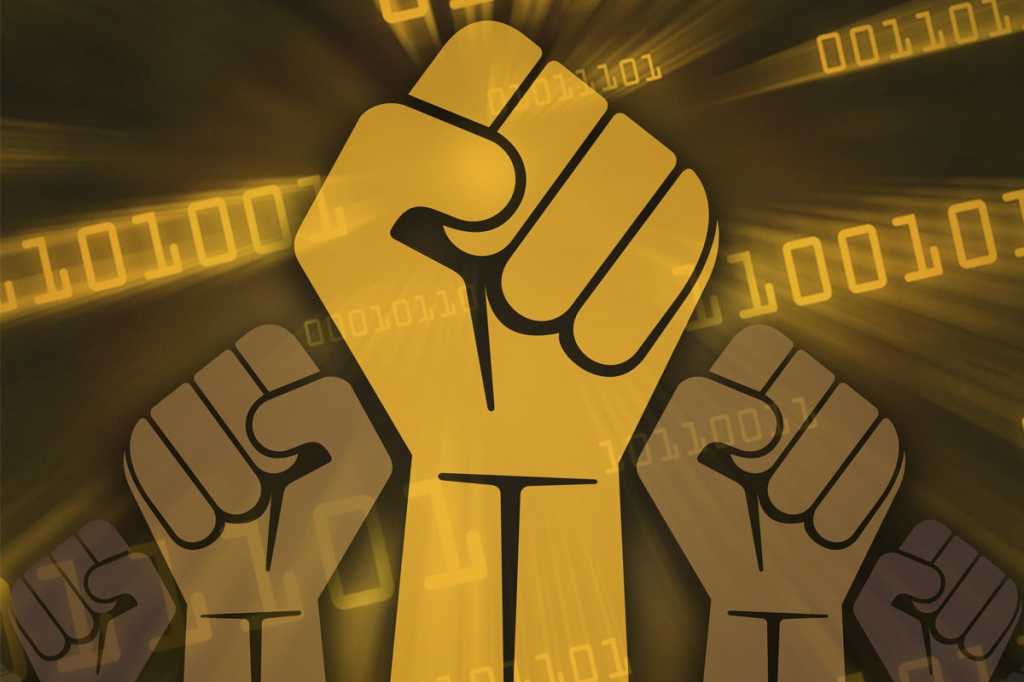 The public murders of George Floyd, Ahmaud Arbery and Breonna Taylor represented a culmination of hundreds of years of violence towards Black people in this country. And for once, non-Black people couldn’t briefly notice it and then quickly move on. They couldn’t look away. No one could. Not even corporate America could turn a blind eye when protests on behalf of the Black Lives Matter movement erupted worldwide.

After the death of Mr. Floyd, social media feeds became overwhelmed with heavily vetted solidarity statements and branded graphics from businesses. Additionally, many company leaders made the passionate memos they sent to employees public. Most of these actions, even if well intended, were performative – examples of Optical Allyship.

[
Learn from your peers: Check out our State of the CIO report on the challenges and concerns of CIOs today. | Find out the 7 skills of successful digital leaders and the secrets of highly innovative CIOs.
]
[ Lessons on diversity in IT: 10 professional organizations focused on diversity in tech • Being Black in IT: 3 tech leaders share their stories • Gender gapped: The state of gender diversity in IT • Māori participation in IT: diversity insights for CIOs everywhere • IT snapshot: Ethnic diversity in the tech industry ]

What is Optical Allyship?

Latham Thomas coined the term Optical Allyship in May 2020, defining it as “allyship that only serves at the surface level to platform the ‘ally.’ It makes a statement but doesn’t go beneath the surface and is not aimed at breaking away from the systems of power that oppress.”

When suddenly impassioned companies’ actions are viewed from this perspective, it raises the question, “Did company leaders make bold statements because being anti-racist is something they regularly think about and consider day-to-day? Or did they only do so to stay relevant and look the part?”

Indeed, many of these corporate statements felt empty and have been publicly criticized by their Black, Indigenous and People of Color (BIPOC) employees. Employees exposed clear examples of unequal compensation, lesser career opportunities compared to their white coworkers and an unwillingness to engage with equity work in the organizations.

The meaning of silence

Silence during these times is as bad as, if not worse than, the empty statements of Optical Allyship. Protesters chant ‘Silence is Violence’ as they march through the streets because silence from those in power implies being against the movement. It is not a neutral position.

The U.S. was founded in systemic oppression that permeates all industries still to this day. Silence is keeping with the status quo and refusing to acknowledge the realities of the Black community.

If company leaders don’t know what to say, it is a much stronger approach to be vulnerable and acknowledge that your company doesn’t have the answer. For those who are committed to this movement and anti-racism, the active process of identifying and eliminating racism by changing systems and organizational structures is the way forward. This commitment involves a great deal of humility and is not an easy path, but it’s the only authentic way to truly engage in this movement.

The importance of showing your work

The messages put out by Optical Allies were perceived as being empty statements because very few companies actually “showed their work,” as W. Kamau Bell puts it. Bell, a comedian and social justice activist, emphasizes the importance of coupling any solidarity statements with tangible action steps and goals that company leaders are setting for themselves when it comes to racial equity.

Ben and Jerry’s is an example of a company that has done it right. They have been clear on where they stand on issues of racial justice for many years, and the company released a powerful statement condemning white supremacy and listing out tangible actions being taken to address systemic racism. In taking a quick glance at their leadership team, it shouldn’t be a surprise to see there is diverse representation across positions. True institutional equity is developed from the inside out.

NASCAR is another example of a company publicly taking a stand and making real change in solidarity with the movement. In addition to banning use of the Confederate Flag, they took swift and decisive action when it was thought that a noose was left in driver Bubba Wallace’s garage room, stating that whoever was responsible would be unequivocally banned for life.

Next steps for CIOs

Racial justice is new territory for a lot of companies, and it’s normal to not know what to do next. However, doing nothing is not an option and Optical Allyship is not going to benefit anyone. As a starting point, IT leaders can do the following:

While the current movement has been centered in racial justice, companies should be authentically showing support for marginalized groups across the board, including the LGBTQ+ community. Changing a logo to a more colorful version for the month of June is not enough.