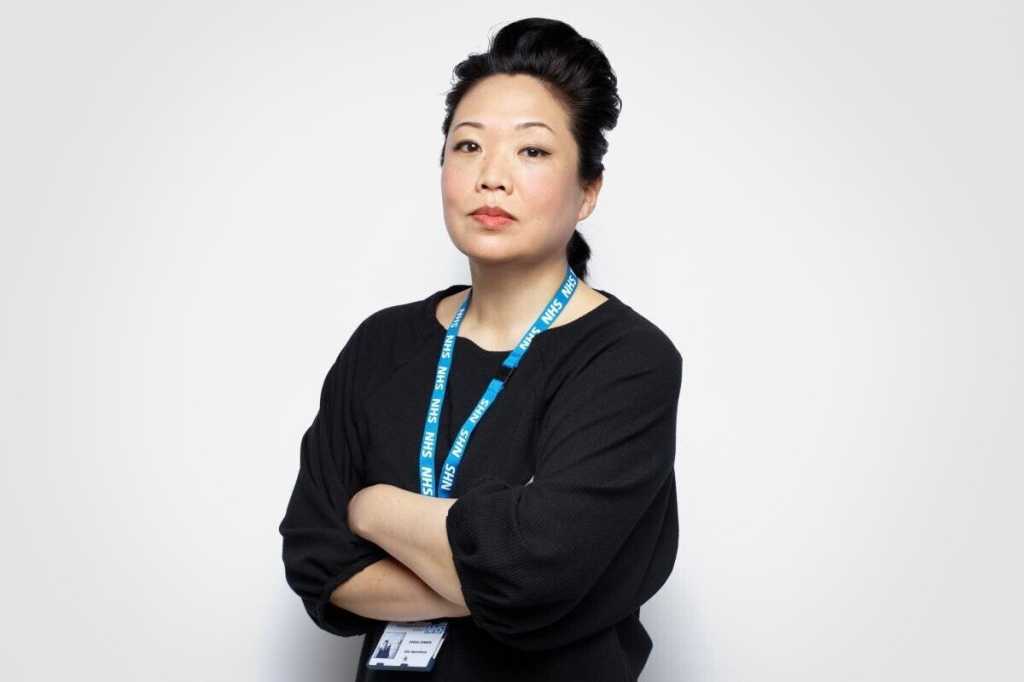 You might have seen her on a bus stop. Or maybe you have spotted her on the iconic Piccadilly Circus digital billboard. Her name is Sarah Jensen and she’s one of the 12 NHS members of staff photographed by Rankin for the vital role they’ve played in the fight against COVID-19.

Jensen is chief information officer at London’s Barts Health NHS Trust, where she has worked since 2014. Although she describes her decision to join the NHS as pragmatic, her motivation to improve people’s lives is clear.

Born in South Korea, Jensen was adopted by a family in the US, where a frugal upbringing and periods of reliance on social services inspired her to work in the public sector when she got older. Jensen explains that she deliberately chose to work in east London because of its high level of ethnic diversity.

“I finally said yes to working at the NHS when an offer from someone I had worked with previously came through and I knew we’d be able to deliver significant change together,” she tells CIO.com.

NHS Nightingale London was the first of seven temporary hospitals built across England to help cope with the COVID-19 outbreak. In less than a fortnight, the East London 100-acre ExCel conference venue was turned into a field hospital housing more than 80 wards. At its full capacity, the healthcare facility would be the largest intensive care unit in Europe, with 4,000 beds.

NHS England approached Jensen on 24 March to lead the IT operations of the London pop-up hospital. When asked why she and her team were called up for this mission among the hundreds of NHS CIOs in the country, Jensen is resolute in her response: “because someone knew we could deliver”.

On 25 March at 8am, Jensen attended a meeting that set the plan for the IT deployment strategy. By 10pm that same day, a lorry was already unloading all the necessary network kit at the London’s Docklands, where the ExCel centre is based.

Three days later, the core electronic patient record system (EPR) was built and locked down to avoid further changes. Pathology and imaging were integrated into the EPR and signed off. Next in line was beefing up the Health and Social Care Network (HSCN), a data network that provides underlying network arrangements to help integrate and share healthcare information, from 5GB to 10GB. VOIP phones were also rolled out.

On 30 March the first 100 beds were tested and signed off for digital use, including PC, phone, pathology label printing, A4 printing, point of care pathology testing, computerised tomography (CT) scan, mobile X-ray, and ultrasound. These capabilities were scaled up in what Jensen calls “an assembly-line fashion” during the following weeks to allow the hospital to have 500, 1,000, and finally 2,000 functioning bed bays.

By Tuesday 7 April, the first patients were admitted into what was now the UK’s first coronavirus hospital, helping to save hundreds of lives. And although there are no longer patients and the facility has been placed on standby, it is ready to resume operations if and when it is needed.

Helping to make Nightingale a success in a race against time didn’t mean that Jensen was released of her duties at Barts Health. Indeed, prior to the beginning of lockdown at the end of March, four of the trust’s major acute hospitals needed help reconfiguring wards, opening new areas, and supporting remote working for staff, among other critical tech tasks.

The switch to remote working happened basically overnight, thanks to adequate infrastructure already in place. The only real immediate need was the ordering of extra licences and the addition of minor hardware for more capacity during the quick scale up to quintuple the capacity. “We’ve had a minimum of five years of serious trust investment that made it possible,” explains Jensen.

To avoid being flooded by service desk requests, Jensen and her team switched to a batching system, which also contributed to a more fluid communication between Jensen and the hospital staff.

“Processing site batches was much more efficient, and we knew it would ensure managers had vetted the requests and someone was ensuring we didn’t receive incomplete requests, which would have to be chased in an iterative fashion,” she says.

“We were giving estimated turnaround times of 1-3 days for complete processing depending on the size of batch received, and increased from under 1,000 at the beginning, to just under 4,000 three weeks later and carried on in this fashion up to now even with a slowed pace of requests coming in.”

Moving forward, Jensen thinks that Barts Health will keep a mixed approach towards remote working, where each service and department will have to assess their needs locally.

“It would be unreasonable to assume we just keep going as is, which is an environment of must versus can.”

A recent report by the Institute for Public Policy Research (IPPR) recently found that a greater use of health technologies could prevent 20,000 avoidable deaths a year and save the NHS billions of pounds. Additionally, the National Audit Office has also reported an abrupt gap in funding and investment levels for digital services in the NHS.

Lack of resources, a risk-averse culture and the complexity of the NHS are cited by the IPPR as some of the factors which prevent the NHS to match the performance of the national healthcare systems of neighbouring countries.

In Jensen’s view, legacy systems and talent retention are significant obstacles the NHS needs to overcome if it wants to maximise its technological potential.

“Outdated systems still being used and suppliers who still haven’t modernised their systems are still a challenge to the NHS,” she says. “There’s also extreme difficulty recruiting and retaining expertise on a substantive basis — the pay scales similarly have not been ‘modernised’, and we struggle to keep pace with the high rate of change in the technology sector.”

“Also sharing in the responsibility of delivering on time, doing what we promise and by when we promise,” Jensen continues. “Suppliers equally cannot perform their jobs if we are always holding them back with outdated kit and lax delivery rigour and discipline. I don’t want to be taken out for dinner; I want firm commitment on delivering what we’ve been promised.”

Maybe it’s all this that moves Jensen to describe her job as CIO in the NHS as the most difficult step in her career to date. Although any job managing huge portfolios of responsibility can be lonely and isolated, she says, working in the NHS can be an extreme version of this, sometimes leading to an overwhelming sense of defeat when things go wrong or become an impossibility to deliver.

“All NHS roles constantly pull from every resourceful, creative skill we have to deliver what can seem impossible, and over time it can be exhausting,” she says.

However, she’s also quick to highlight the extreme sense of satisfaction when goals are achieved and patient care is successfully delivered.

“It’s immeasurably rewarding and provides an incentive to keep going and do more,” says Jensen. “Many people flourish and find success in the NHS because it does offer such a huge spectrum of roles and opportunities to those who want something different, which really cannot be found anywhere else.”