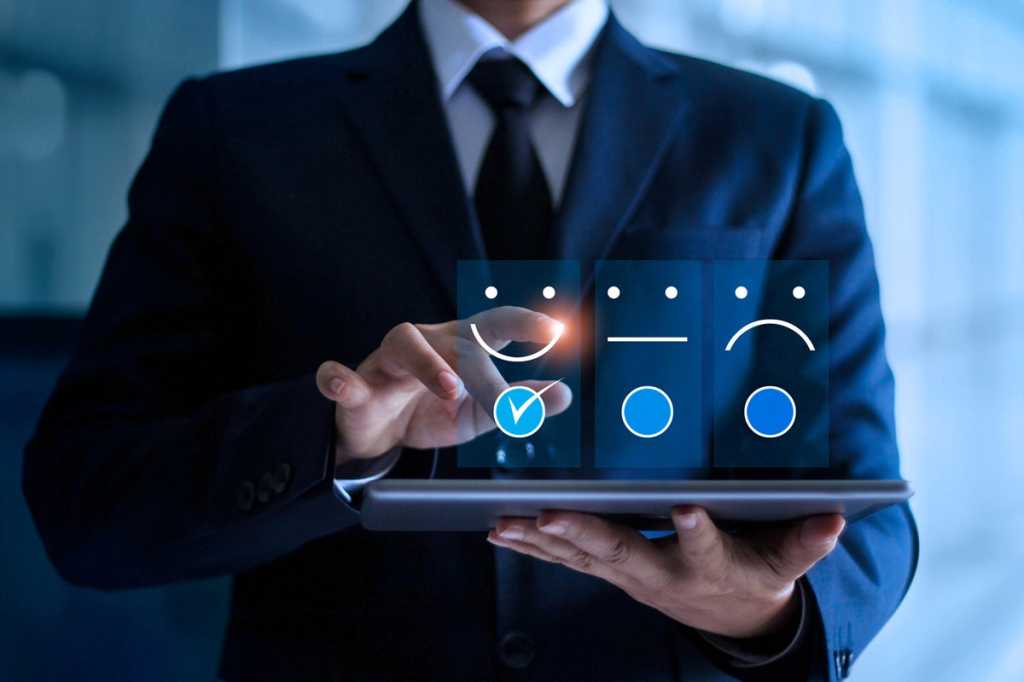 When SAP snapped up experience measurement specialist Qualtrics for $8 billion, days ahead of its planned IPO in November 2018, the eye-popping price tag suddenly raised awareness of the product category and its potential value in the enterprise.

Qualtrics itself was often compared to SurveyMonkey, a business many people knew only for its free online survey tool.

“A lot of people have this conception of SurveyMonkey as this kind of freemium, almost consumer-like product,” says Tom Hale, the company’s president. “But if you look at the paying users — knowledge workers inside of businesses — we look a lot more like an enterprise SaaS company.”

Over the past four years, SurveyMonkey has expanded to offer a range of SaaS applications, “one of which is surveys,” says Hale, and has beefed up its security and governance controls. “Our strategy is to come up from below and to be price competitive.”

In addition to the free offering, there are paid plans for individuals — and also for teams, including shared access to survey results and analytics and the option to create white-label surveys with no SurveyMonkey branding. An enterprise tier adds features such as an admin dashboard, single sign-on, HIPAA-compliant tools and unlimited access to APIs enabling integration with enterprise workflows, as well as CRM and analytics platforms from other vendor partners.

Now, through its SurveyMonkey Technology Ecosystem Program (STEP), SurveyMonkey seeks to expand the scope of its partner integrations and promote the work it already does with companies such as Salesforce, Microsoft, Marketo, and Zendesk.

Survey analytics on the rise

While survey tools like those offered by Qualtrics and SurveyMonkey are often used for market research, their key use going forward may be experience management.

For example, Zendesk clients that have integrated SurveyMonkey’s tools use it to enrich the data in their CRM systems in an effort to continually measure customers’ attitudes toward their company and its products, says Ben Barclay, vice president of corporate development and technology alliances at CRM vendor Zendesk.

The two lend themselves particularly well, says Hale, to a strategy followed by some CIOs: loading all their data into a data lake and feeding it to a machine-learning system, seeking to identify what the company is doing well and what it could do better.

Collecting and analyzing sentiment data is also the goal of Medallia, a company that has always been firmly focused on the enterprise, and there are plenty of other vendors covering one or more of these functions.

According to Faith Adams, a senior analyst at Forrester covering customer experience, not all enterprises are using the tools at that level.

Both SurveyMonkey and Qualtrics are already widely present in the enterprise, but are often flying under the radar, with some businesses having multiple, independent instances of one or more of them, in use by different teams, she says.

CIOs could help their organizations get better value from these platforms and the siloed data they hold by coordinating their integration with wider enterprise. But they must do so with governance in mind, Adams says.

“There needs to be some governance behind these tools,” she says, adding that while it’s not necessary to standardize on a single solution, there needs to be some centralized accountability and authority because “without coordination, it puts the customer experience at risk.”

But, Adams warns, there are risks in dictating which survey tool should be used. “Your stakeholders need to be comfortable with the tool they’re using; you need to be able to drive adoption,” she says. “Otherwise it’s possibly just another technology that’s going to be left sitting on the shelves.”

Ultimately, CIOs will need to decide on their priorities. “Qualtrics and SurveyMonkey are exceptional when it comes to survey, but can they handle data integration to the same degree as something like a Medallia, who has been doing it since day one, or a ClaraBridge, who is survey vendor agnostic but acts as more of an omnichannel aggregator who can bring together a bunch of disparate data sources into one unified view,” says Adams.

What is SAP doing with Qualtrics?

With the market for experience management ballooning — revenue at SAP’s Qualtrics business unit rose 34 percent year-on-year to $189 million for the second quarter of 2020 — it’s curious that SAP has announced plans to sell a stake in Qualtrics less than two years after it bought it.

The COVID-19 pandemic has put a squeeze on many companies this year, SAP has come through it relatively strongly, with revenue for the second quarter up 2 percent year on year and operating profit up 55 percent (or a still creditable 7 percent after removing the effects of currency fluctuations and lower-than-expected restructuring costs).

That’s left SAP in a strong cash position, making it unlikely that financial difficulties are prompting the Qualtrics sale.

More likely, says Liz Herbert, a vice president and principal analyst at Forrester covering application development and delivery, is the influence of activist investor Elliott Management, which took a $1.3 billion stake in SAP in April 2019. Elliott is renowned for pushing the companies in which it invests to sell off non-core assets, she says.

And now that Bill McDermott, the SAP CEO who struck the deal to buy Qualtrics, and Jennifer Morgan, the co-CEO who succeeded him and oversaw Qualtrics, have both left, the acquisition has lost its main defenders, Herbert says.

While SAP will retain a majority stake in Qualtrics, this loosening of the reins could make the platform more attractive to non-SAP customers and technology partners.

For joint customers of the two, however, Herbert expects little change. “At least for now Qualtrics will still have a pole position with SAP. It’s still going to have heavy investment,” she says. “If you are an SAP shop there is still an advantage for Qualtrics. They’ve built a lot of these tighter integrations already, and SAP will still be the primary shareholder in Qualtrics so there will be more synergies there.”