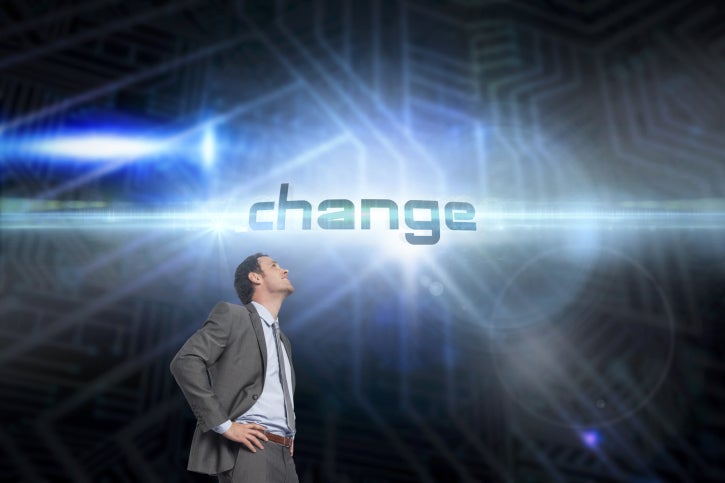 Enterprise leaders with IT teams that have a tendency to customise face a common problem: How do they implement a standardised, companywide approach to digital transformation that avoids system fragmentation yet leaves the path forward open to dynamic change?

Trustpower chief financial officer Kevin Palmer, who has been shepherding the business through a digital transformation for three years, has grappled with this issue. At the start of the process the decision was made to opt for “an integrated best-of-breed strategy as opposed to an ERP one-system approach.”

“So we’ve got a billing system for electricity, a billing system for telco, got a CRM, got a sales system… we’ve just been systematically looking through our core systems and making sure that the system is doing what it’s supposed to do really well, and not doing anything else. That’s our weakness — that we are a little bit prone to customising systems and we’re trying to stop that,” Palmer says.

The NZX-listed electricity supplier and retailer of energy, telecommunication and gas services is at now at the tail-end of a digital transformation. It began with deploying customer-facing technology such as chatbot and apps, before moving to change core processes and systems.

The financial system is the latest to be overhauled, replacing the Oracle E-Business Suite with Workday Financials. As Trustpower financial controller Karl Wansbone explains: “The legacy system was hard to upgrade and provided very limited self-service. We wanted a system that would allow non-finance people to interact with the system easily, both to find information and in the process to pay cycle.”

In making the change, Trustpower has replaced an on-premises system that was about to have its support withdrawn, with a software-as-a-service solution that is designed for continuous updates.

“That’s why you want SaaS, so you get the upgrades regularly,” Palmer says.

The move has prompted the IT team to adopt a process in which they are constantly looking to see what new functions Workday has deployed, so they can determine if they can be applied to the business.

“One of the principles of the implementation was that go-live was day-one of the change – not the end. It wasn’t just a ‘once and done’, it’s a continuous improvement programme,” he says.

It’s also meant that some human processes have been deliberately changed to fit the technology, rather than the other way around. Prior to the Workday deployment the procurement process differed among each division, but now it is standardised in line with the new system.

“We had the approach when we implemented the system that we were going to implement it as close to it as we could,” Palmer said. “We felt that Workday had already considered best practice in the way things were done. It didn’t seem likely that we were unique in the world, in terms of the way we did things, so that did mean that some people had to change the way they did stuff.”

The deployment went live after the company’s half-year financial results in October last year. This was to allow for the maximum time to get staff trained and comfortable with its functionality before the annual financial results.

The new Workday system was then put to the test six months later, with the added complication of the COVID-19 lockdown. Not only did the finance team have to cope with a new system as they prepared the full year result, they also had to work separately from home, communicating with their auditors who were in the same situation.

While it wasn’t the best environment in which to go through an annual result using a new system, lockdown has proven to Palmer the value of the digital strategy.

“Over a weekend we just went from fully working in the office to fully working from home and you can’t do that if you don’t have a digital business. There’s a lot of other stories of people having to frantically implement changes to do stuff, whereas we were ready to go. The IT team say to me that it takes three years of hard work to be an overnight success,” he says.

Trustpower’s work culture has also help enabled the move in lockdown and the hybrid approach — a mix of work from home and the office — that is now common among its 800 staff members. There is no allocated seating at the Trustpower office and staff just work where they like, so they are used to being mobile.

While he didn’t foresee a global pandemic, Palmer says all businesses should expect major disruption, whether it is regulatory, environmental, change of ownership or something else. “You’ve got to be ready to react to it and change and that’s where digital gives you the tools to do that,” he says.

When CIO New Zealand checked in with Palmer after the country returned to Alert 3 and 2 this week, he noted that the company’s agile approach was once again paying off.

“Overall we are coping very well. Our systems worked well in the last lockdown and are performing well again. Our practice since lockdown of allowing staff to work from home as part of our normal business is paying dividends as working from home is just a normal part of our lives now,” he says.

“Most of our staff have just accepted that working from home is the right thing to do for the country and have just got on and done it. We will experience some challenges as travel is restricted and customer interaction is very high due to their need to understand what is happening. However we will undertake our essential service uninterrupted.”

Meanwhile, with the Workday deployment now fully embedded, Trustpower has “done the big building blocks and we’re now just working through the tail” of its transformation.

That doesn’t mean the end is sight. The pace of change is, if anything, getting faster and Palmer says there is never a time when a business can say, “we’re digital now, we’re done.”