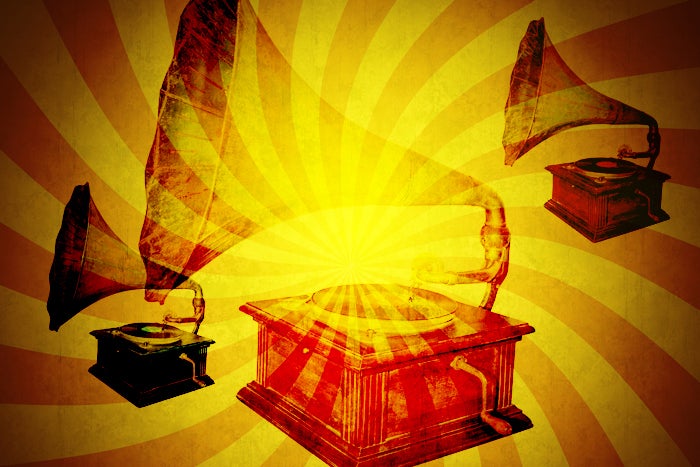 Anyone who listens to music and is older than 40 knows that music consumption has changed radically over the years. Way back when, you went to a store and purchased an album or cassette, and later, a CD; then, with the advent of the iPod, you downloaded an album or a single song. Today, you buy music on a subscription model through Spotify or Apple Music.

While the shift from retail to subscription has been pretty painless for music fans, it has required major change for music labels, which have shifted from being a product-based business to a service-based business.

In the legacy product model, labels managed a physical supply chain, manufacturing, and distribution to a network of stores. Today, with a digital product, artists and labels have a lot of flexibility in what they release, and when they release it. “Artists can release a track at a time or an entire collection,” says Ralph Munsen, who has been CIO of Warner Music Group since 2017. “Artists and labels still do plenty of planning, but we have a lot more agility and are able to respond to the market in real-time.”

At first, most labels, including Warner, tried to run digital tracks through existing systems and products. “No one knew where the music industry was going, so continuing to use our legacy systems seemed like the quickest way to solve a problem,” says Munsen. “That situation lasted for about a decade, but in the last five years, with the takeoff of subscriptions, we’ve upgraded our technology and processes.”

Restructuring the IT organization

How do you overhaul and automate a set of business processes that were designed to create and deliver a physical product? That was the question facing Munsen, his team, and his colleagues, when he joined the company in 2017.

Munsen started by restructuring the IT organization. He created two groups: Enterprise Applications, which would keep the legacy systems going, and Innovation, which would focus on the future and employ agile product development principals. For the Innovation group, he identified people, both internal and external to the company, who had familiarity with cloud technologies and with agile development. If they had media experience, that was a plus, but for Munsen it was more about their experience with modern approaches to software development.

“We moved from a siloed, back-office culture to a collaborative, responsive culture with a direct relationship to the front of the business,” says Munsen. “The Warner staff who work directly with the artists would be using our new tools, so we needed a tighter connection to them.”

That tighter connection has allowed Munsen and his team to deliver a set of self-service tools to artists that lets them take more control over their production.

In the past, after an artist recorded a collection of songs in a studio, the tracks had to be mastered and sent to manufacturing, who would press a CD. The art department and the artist would select an album cover design, which would then go back to manufacturing. “Today, we can give artists and managers tools and technology to finesse their art inside or outside of the studio.” One such tool is Opus, an “artist-friendly” mobile app, that allows artists and managers to understand real-time performance data.

To support the new self-service tools, Munsen and his team have replaced legacy systems with a modular, microservices-based, API-driven cloud layer. “And then in front of that, we have Angular or React front ends that are also modular,” he says. “Beneath it all, we have a big data lake, and some metadata stores in the cloud.”

Munsen thinks of the architecture as three horizontal layers. “In the past, we had a monolithic three tier architecture with dedicated hardware. We now have each layer – data, microservices, and UI – as its own unit,” he says. “So instead of being vertical, we’re now horizontal. So basically, you can mix and match everything and create the experience you want.”

Munsen’s advice for creating a modern approach to software delivery to support a rapidly changing business comes down to two points: First, “You cannot be afraid to move quickly on new ideas,” he says. “IT professionals tend to be very careful about planning because they don’t want to break anything. I’m not saying ‘throw caution to the wind,’ but technology is not as fragile as you think. Sometimes moving faster is more important than over-analysis.”

The second point is around culture. “Make sure you have partners in the business who will help you lead change,” he says. “Technology innovation requires a change in how you interact with other parts of the business. You need to make everyone aware that you are changing the way you develop software and the way you use it. It doesn’t matter how strong of a leader you are. You cannot do that on your own.”