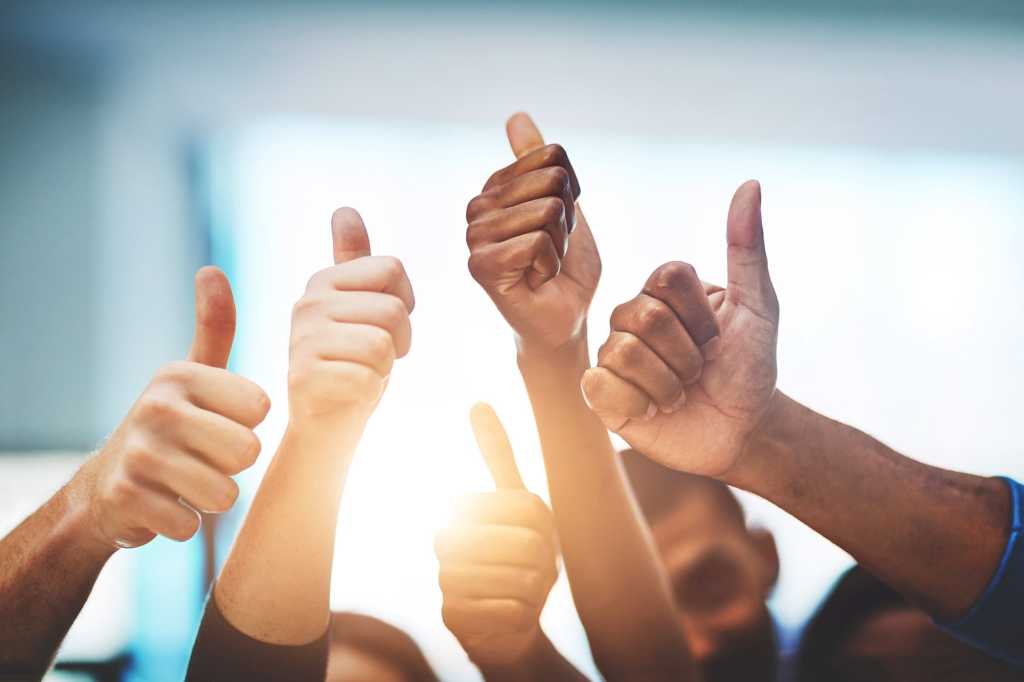 When organizations quickly became fully remote, IT teams took on new responsibilities, in uncertain conditions, to keep their businesses humming. But that effort has taken a toll on a remote workforce with no clear timetable to a return to the office, a perfect recipe for burnout.

To succeed under trying conditions, IT leaders have had to adjust their strategies and leadership methods. Some of these shifts, leaders say, will carry over even after the pandemic lifts.

[
Learn from your peers: Check out our State of the CIO report on the challenges and concerns of CIOs today. | Find out the 7 skills of successful digital leaders and the secrets of highly innovative CIOs.
]
[ Keep up with the 8 hot IT hiring trends (and 8 going cold), beware the 11 bad hiring habits that will burn you, and learn what it takes to retain top employees. | Get the latest CIO insights direct, with our CIO Daily newsletter. ]

Among the most important of these adjustments are the ways in which IT leaders are maintaining morale in difficult times. Here, IT leaders share how the pandemic has changed the way in which they motivate and reward staff to keep them engaged, and help cope, while still getting the job done.

The best way to recognize individual team members is to learn what team members appreciate and tailor incentives to their interests, says Faisal Siddiqui, CTO of Phone2Action.

“What does this particular team member value? What truly motivates them?” Siddiqui says. “For example, one of my engineers really values personal recognition so I have taken to sending handwritten notes. In addition, we have replaced the larger rewards with smaller, more frequent surprises such as sending them lunch at their homes or Uber Eats coupons.”

Kristina Johnson, chief people officer at Okta, also recommends sending gifts to employee’s homes, such as a “subscription to a favorite wellness or health app, even flowers or tea of the month, beer of the month club, etc,” she says. “It’s more personal when it arrives at your home or to your email. It requires more thought and effort than what we would have done in the office.”

Another adjustment Siddiqui has had to make: He can’t expect young new members to reach out on Slack, though he’s encouraged them to do so. So he recommends virtual office hours to promote communication.

“In the past, I expected people to grab me in the hallway or stop by my office if they needed help,” he says. “Office hours opened a door for further engagement. We have also had success with walking meetings, as my team began to suffer from Zoom fatigue a few months into remote work.”

Encourage time off and time out

Employees may actually be more productive at home, says Nick Patrick, CEO of Radar, in part because no commuting often means more time at the desk. And more time to burn out, unfortunately.

“Travel is difficult, and many people had to cancel their summer vacations,” he says. “We scheduled several summer Fridays to give the entire team long weekends, and managers are actively encouraging employees to take time off where possible.”

Freshworks CIO Prasad Ramakrishnan makes a point of identifying employees who are working excessively, sending and responding to messages at all hours. He encourages them to slow down and take time out.

“Stress can interrupt many aspects of our lives such as our working, sleeping, and eating habits: More chocolate, anyone?” Ramakrishnan says. “Acknowledge that people have a tendency to work harder in times of crisis and explicitly encourage your employees to avoid burnout. Encourage employees to adopt a makers schedule — a period of time where they block off their calendar to get some quiet time or engage in physical activity.”

Failure to communicate with employees leads them to disengage, Ramakrishnan says, and they become unmotivated and may leave the company.

“When the pandemic began, our management team made an effort to connect with employees through open messaging about the state of the company and the reasoning behind our various course corrections,” Ramakrishnan says. “We had more frequent companywide all hands, department-specific all hands, and a series of AMA discussions with key leaders. This provided an avenue for employees to ask and receive answers to their questions. These conversations decreased uncertainty.”

“People know things are bad,” Hoag says. “They don’t want to be told it’s sunny while they are getting rained on. Ask for their help to navigate out of it. Commitment to the mission is earned through transparency and authenticity. Lead with empathy and don’t jump to conclusions. Realize everyone has their own fires going on, and we are all struggling in different ways.”

It’s important to continually communicate the importance of work-life balance, says Laserfiche CEO Chris Wacker, and to be aware that employees are working longer hours in isolation at home.

“They need to take time for themselves, pursue personal interests, exercise and take time off when they need it,” he says. “I’ve been able to go for long drives on the weekend to places like Joshua Tree National Park. A change in scenery can stay with you for a while and give you an improved outlook.”

He also encourages using the current moment to plan ahead. “Having and communicating measurements of success is extremely important while managing a remote workforce,” he says. “Business leaders need to show employees that the company is thinking beyond the present moment. We’re constantly talking about how we can take lessons learned from our current situation and implement them once we’re back in-office.”

Dima Peteva, head of brand and culture at SiteGround, says the organization early in the pandemic began brainstorming ideas to stay connected with employees.

“We hired a mental health consultant and offered free virtual sessions to everyone interested,” Peteva said. “We have set up virtual game rooms where employees could gather by interests and bond informally. Then, we did a few live streaming sessions with our CEO and founder who talked about both our business tactics and pandemic measures, so everyone felt engaged and aware of what’s happening. And the trick is to not stop. The longer the pandemic, the more the challenges it presents will evolve so we need to stay alert and be proactive.”

Qualtrics CTO John Thimsen says many of the company’s employees are parents who are feeling additional stress while working during the pandemic.

“We saw a lot of stress around childcare, especially when schools first shut down,” Thimsen says. “In this situation, we expressed that family came first and we wanted our people to feel 100 percent empowered to take care of their home life. Managers gave flexibility around working hours and needed time off. Even with childcare reopening in some places, 52 percent of people aren’t ready to send their kids back. Feeling that social support has been game-changing for our folks. They knew they weren’t going to get scolded for focusing on the home front and that shows up both in our scores and in our engagement comments.”

Qualtrics’ Thimsen says his organization uses an unusual benefit to keep teams motivated: Employees are given a $1,500 “experience bonus,” meant to encourage them to try something new.

“Traditionally people have used it for vacations, or learning hobbies,” he says. “But this year as small businesses were shuttered or struggling, we encouraged employees, if they preferred, to use that bonus on a business or nonprofit they loved. Many of them did. We had one employee in Seattle give it to a small independent coffee shop whose traffic in a corporate building had gone to zero. Dozens of others gave theirs to nonprofits, and in April one used hers to buy PPE for healthcare workers. We’ve gotten more feedback on this single benefit than on anything else we’ve done during the pandemic. Giving our employees an impactful way to put others first and give back has improved their own morale.”

Companies that seize the opportunity to embrace virtual technology to reward and motivate will have an edge in retaining tech talent, says Michael Ringman, CIO of Telus International.

“One way we’ve adjusted is by transitioning many of our onsite events to a virtual format. For example, we have adapted our recognition activities from in-person meals and award ceremonies to be done remotely via web conference, having lunch delivered to our team members’ homes to replicate the meals we would typically share together,” Ringman says. “We also regularly hold contests, such as virtual bake-offs — best decorated instead of best tasting — themed costumes, and encourage team members to post selfies with their pets and in their decorated home workspaces — all in an effort to bring some of the fun and camaraderie of our sites into team members’ homes.”

“We set up a Zoom call for 4:30 on a Friday, connect over a beverage and chat about the week,” Cuneio says. “Work topics are always tough to avoid, but I’ve noticed as we’ve done more of these, the team is connecting over all kinds of topics: Gaming, parenting, projects around the house. Morale remains high when your people are enjoying one another. A simple 30-minute call once or twice a month is a great tool during these times.”

George Rau, chief of human resources at ScienceLogic, found that missing both regular check-ins and impromptu connections led employees to feel like they’re in a vacuum, with no sense of how their performance is perceived.

“We found that regular check-ins, virtual cross-functional happy hours, helped to fill this void,” Rau says. “The moment a company prioritizes well-being during this pandemic, employees become invested, loyal, and engaged. Respect employees’ humanity and encourage them to prioritize safety for themselves and their families.”

Cuneio says his one one-on-ones are more freewheeling during the pandemic and give his tech staff time to share what’s going on in their lives.

“We talk about work, life or whatever is on their mind,” he says. “The key is to be there with them in that moment. Don’t be simultaneously answering e-mail, surfing the web or texting others. Really listen to what they’re saying. I often make notes when someone shares something that’s important to them so I can make sure to follow up and inquire about it later on.”