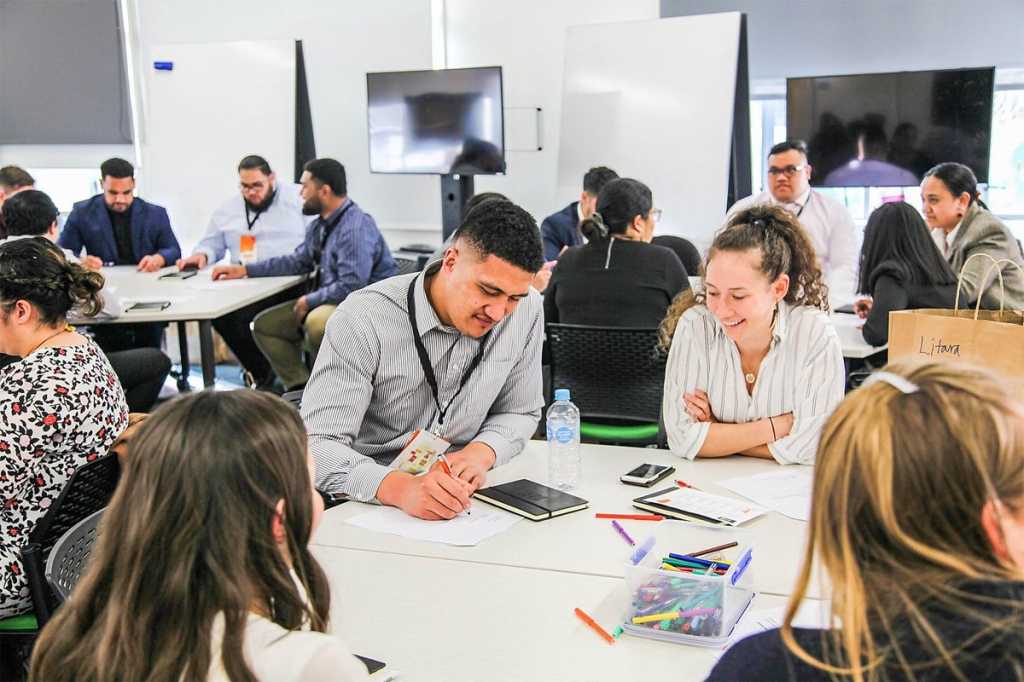 The need for tech organisations to open their recruitment processes to a wider group of New Zealanders has seen many of them adopt diversity and inclusion policies. But policies alone won’t widen the talent pool if you keep looking in the same places and carrying out the same hiring practices.

TupuToa is an organisation set up five years ago to create summer internship programmes for Māori and Pacific tertiary students in the corporate sector. In its first year, it matched 28 interns with roles, and this upcoming summer it expects to place about 240 young people. Around half those placements will be either in the tech sector or in tech-related roles.

[
Discover the secrets of employee retention, why good employees leave (and how to prevent it), and the best diversity and inclusion practices for changing your culture.
]
[ Māori participation in IT: diversity insights for CIOs everywhere • IT snapshot: Ethnic diversity in the tech industry. ]

CEO Anne Fitisemanu says the programme has grown as organisations have realised the importance of diversity in New Zealand. While Māori and Pacific people make up 27 per cent of the population, only a small percentage is represented in the tech sector, and that means products and solutions are often not meeting the market.

“The downside to not having us represented is that the work that you do is never going to be able to be presented in the richness that it can be because you’re missing people at the table,” Fitisemanu says.

Why corporates are partnering with TupuToa

TupuToa programme manager Maruata Reweti says part of the reason that some organisations fail to recruit Māori and Pacific people is because they carry out the same recruitment process every year. It could be an online application that filters out people based on grade point average, coupled with on-campus events which Māori and Pacific people often don’t attend because “they don’t feel like they fit.”

“A lot of our young people, some of them have great GPAs, but some of them might not have the right GPAs for the organisation,” she says. “But not only are they juggling university, they are juggling part time work, they are the eldest family so are looking after their grandmother and their siblings. So, there is this whole story of which we do the work around to understand that young person, so they aren’t just defined by their tertiary grade when applying for graduate and internship roles.”

Fitisemanu says that the applicant’s story is “their power”.

They know it’s the one thing that makes them different from any other applicant. Their story is their uniqueness and who they are and that’s the piece that gets sifted out through current processes.

We now have partners saying to us, “I’d much rather hire somebody that does tell me that story, that resilience”. But our kids are so scared to tell that story, they’re not going to go in there and say, “My parents lost their home last year, I had to work part time”, they’re not going to tell you that. But if they come through our programme there is a high chance they will tell you that.

In 2020, 625 young people applied to TupuToa, and of that number about a third dropped away for reasons such as they weren’t in their final year of study or they couldn’t return to New Zealand.

Of the 420 eligible for internships, 240 are expected to get roles, but all will receive assistance from TupuToa navigators who guide the applicants through the process and act as support during the summer internship. Connection to culture and a willingness to participate in workshops and events is top of the list of things TupuToa looks for in a candidate.

Fitisemanu describes the programme as very “high touch”. “At the centre of everything we do is establishing a relationship, because on the back of this relationship we are then able to take young people, our kids, into opportunities that they would never have thought of for themselves. They trust us so we are able to get them to flex, to bend, to go to places they’ve never been before.”

She says they prepare them for entering organisations that may be new to employing Māori or Pacific interns.

You imagine going in, and let’s be frank, you’re the only brown person and then somebody in tearoom comes to you and says, “Oh, you’re the charity case from TupuToa”, so how would you feel about that?.

We prepare our kids for that, and that’s why the navigation team are so important. They’re all given a case load. We prepare our interns as much as we can, but if something like that pops up they’ll tell the navigator, the navigator will tell Maruata [Reweti], she’ll probably have a conversation with me, and we’ll go back to the partner and say, ‘Listen, if you really wanted to change the dial on your Māori and Pacific workforce, you’re not going to keep them if this is how they’re greeted.

How TupuToa works with partners

Fitisemanu says its corporate partners have been very open and “quite vulnerable at times because they’ve had to admit that things aren’t that great. You can’t just change a culture overnight; it takes years. We know this work is going to take time, but we are doing it one intern at a time.”

Freedom Vahaakolo, who interned at Deloitte, said that TupuToa “grows cultural architects” during his speech at TupuToa’s gala event.

Reweti notes that partners can expect a different way of working than they might be used to. “If you have a Māori or Pacific Island person in your workplace, you are probably going to get their whole family. And don’t be surprised if their whole family turns up on Day 1 to greet you because they want to know where their child is going and if you’re going to look after them.”

The partnership itself can take many forms outside of offering internships. TupuToa is a New Zealand partner in Microsoft’s global skills initiative, and Fitisemanu cites the recent Salesforce New Zealand arrangement where in addition to taking on two internships every summer for the next three years; it has made TupuToa one of its NGOs for volunteer work.

“Their staff have seven full days a year of voluntary hours, so through that we are going have Salesforce assess our Salesforce system, make sure our staff are all trained. So, we will become Salesforce champions, and we’ll be able to share that with everybody we work with, our partners, our communities,” Fitisemanu says.

Salesforce New Zealand managing director Craig Skinner says this is the first time it has offered internships locally, and he praises for Fitisemanu for her approach. “Her enthusiasm and passion for these young people is infectious. There is some really good talent out there, so its hugely exciting for us.”

The partnership also shows how TupuToa is also helping build Salesforce’s cultural capability; for example, its Māori advisor welcomed delegates to the local Salesforce summit with a mihi whakatau, karakia and haka.

“Our mission is to grow more Māori and Pacific leaders for a greater Aotearoa [New Zealand], but we are also growing the cultural capability of our partners so that they understand that it is necessary, that it is the right thing to do for the right reasons. It’s not a ‘tick box’ experience, it’s not a KPI, it’s not part of a diversity and inclusion plan—it’s so much more than that,” Fitisemanu says.