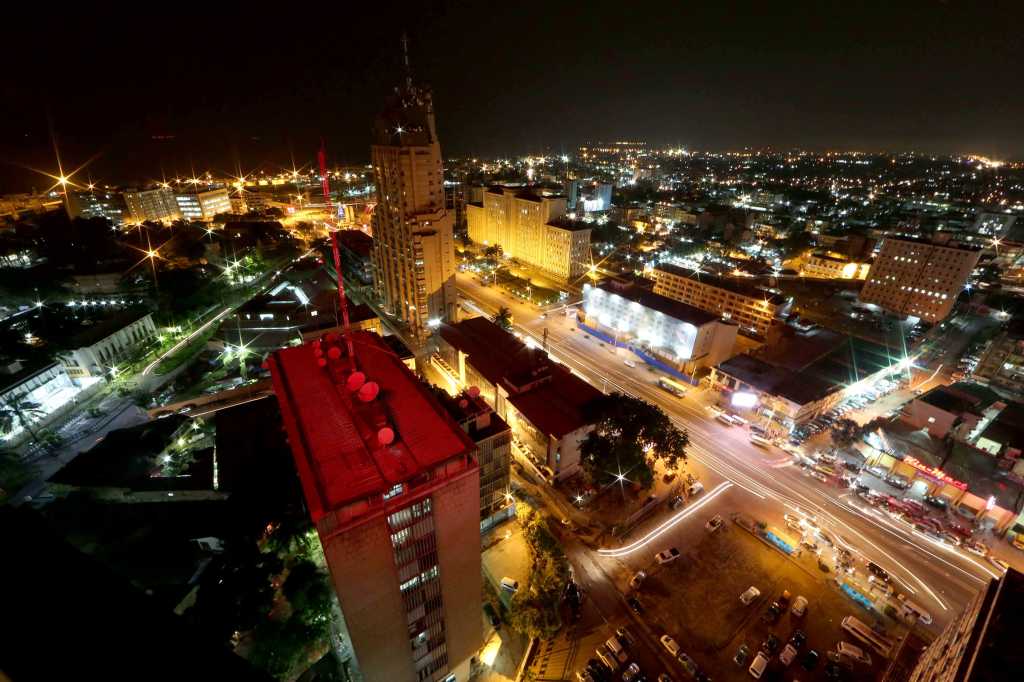 The idea that African countries can leapfrog technologies is not new. Industry leaders, government officials and market analyst have all pointed to Africa’s potential, with mobile technology being a prime example. As COVID-19 prompts a re-examination of digital transformation and a need to kickstart economies impacted by lockdowns and changes in consumer behaviour, could Africa’s agility and approach to innovation help the continent adapt to so-called “new normal”?

The mobile revolution that swept the continent and resulted in “more Africans owning phones than having access to water or toilets,” according to Bhaskar Chakravorti, dean of global business at The Fletcher School, has been a driving force for digital transformation and investment on the continent, as well as a prime example of technological leapfrogging. Africans are more likely to pay for goods via mobile phone payment than people in other regions.

The African Leapfrog Index, a ranking created by Chakravorti and his team, examines how countries in Africa are harnessing digital technologies to boost their economies and ranks six countries according to their digital economic ecosystems. Currently, Kenya and South Africa top the list with Nigeria and Egypt following suit, and Rwanda and Ethiopia rounding out the six.

Chakravorti and his team point to the many opportunities that the continent has: a young population translating into a talented workforce, mobile phone-enabled and with an emerging digital ecosystem poised for growth. Yet much of that promise, he says, has not been fulfilled.

The research project looked at how African countries could “translate digital technology uptake into development and inclusive growth: jobs enabled by digital platforms, institutional drivers necessary for digital success, and the foundational digital potential of the country.”

What is technology leapfrogging?

Ali Fenn, president of IT advisory services and integration company ITRenew, cites the example of skipping landline telephony and leapfrogging to mobile as the best example of this in action. “The leap catalysed numerous, rapid impacts beyond telecommunications, including specifically mobile commerce and banking, which in turn created jobs, growth, transparency of markets and pricing, and beyond.”

He adds that this spans peer-to-peer transactions, social group finance, and business commerce, and enables access, efficiency and productivity, while also avoiding traditional bottlenecks and potential corrupt and extortionary channels. The impact is felt across industries, across geographic domains, and in core global development and NGO efforts such as small-holder farming and ultra-poverty initiatives.

Mobile phone usage in Africa is the usual example pulled out to illustrate this, but Papa Yusupha Njie, founder of Unique Solutions, an internet service provider in Gambia, adds in tele-medicine, Internet usage and penetration, e-learning, pay-as-you-go and more. He believes that economic history has clearly shown that transformational and high-impact solutions are needed to unlock Africa’s potential for sustainable, cross-cutting and inclusive growth.

“These have been mostly driven by first-class indigenous innovation and widespread technology adoption. The massive unemployment issues we face as a continent can only be addressed by innovative solutions that leapfrog several generations to address today’s problems by embracing and leveraging innovation,” Njie says.

Such a mindset could be the driver for early adoption of technologies. N’Gunu Tiny, CEO of The Emerald Group, a diversified investment group, believes that technological leapfrogging will ultimately lead to consumer maturity, and businesses adopting emerging service models and ignoring the more traditional routes.

Tiny sees a core example in the use of fintech and how, in relation to banking, this means that customers will obtain their first accounts ​and a better customer experience by using mobile technology to transact rather than traditional branch-based banking.

He believes this will mean consumers, business and government will be more open to adopting new technologies at a greater pace. “We at Emerald feel that you will likely see governments and central banks in Africa adopting digital currencies and blockchain far more rapidly than their Western counterparts.” Tunisia and Senegal have already launched a blockchain-based national digital currency that is legal tender with the same value as the current currency. Other African countries are set to follow suit.

Njie explains that M-PESA, a service which revolutionised the payment system in Kenya by democratising mobile payments became a perfect example of a high impactful technology leapfrog by allowing ordinary people to have a bank account, make and receive payments of so many different services with the click of a button or two, and thus changing millions of lives across the continent.

There are only five bank branches per 100,000 people in sub-Saharan Africa, according to World Bank data.  By contrast, mobile phone penetration across the continent is at 73 percent and mobile money providers such as M-Pesa have stepped in to give Africans what traditional banks have found difficult to deliver. “We can now lay claim to nearly half of the global total of registered mobile money accounts, with nearly 400 million in total,” Dare Okoudjou, CEO and Founder of MFS Africa says.

Yet, Okoudjou says, mobile money is now pushing up against the limits of African technological and regulatory infrastructure. “Our young and optimistic population is keen to drive new ideas forwards, to collaborate with people across the continent, and to do business without borders. Unfortunately, Africa is beset by complex and fragmented financial services and telecoms systems,” he says.

Okoudjou explains that there are a variety of different digital payment schemes, each designed to meet the specific needs of one (or more) of 55 countries operating in a variety of languages and business cultures. Many of these lack the ability to transact or inter-operate with other systems or across borders.

“The impact of this uncoordinated complexity can be clearly seen in remittances. Fees are simply too high, and they inhibit the flow of money and services across the continent, acting as a drag on business activity and innovation. A Nigerian entrepreneur looking to launch, say, a pan-African e-commerce fashion brand that draws on the best trends has to contend with these obstacles when contracting a cutting-edge designer based in Gambia,” he explains.

The need to leverage digital transformation effectively and responsibly has been brought into sharp focus during the global pandemic. Houlin Zhao, the Secretary General of the ITU, the United Nations’ agency for ICT says the COVID-19 crisis is threatening to affect countries disproportionately. The UN has warned that developing countries’ healthcare systems may be unable to cope with a steep increase in infections, harming their capability to mitigate the socioeconomic consequences of lockdowns and quarantines.

Zhao believes that, with 10 years left to achieve the Sustainable Development Goals, there is a need to redouble efforts to increase investments in digital infrastructure, make digital applications and services more relevant, secure and affordable − and give people the tools and skills they need to navigate and succeed in the digital economy.

“Africa alone, for example, would require an estimated $9 billion in investment to double the current ratio of broadband connectivity by 2021 and an estimated additional $100 billion to bring everybody online on the continent by 2030,” he says.

Alexandre Lazarow, author of Out-Innovate: How Global Entrepreneurs – from Delhi to Detroit – Are Rewriting the Rules of Silicon Valley (HBR Press) and a venture capitalist with Cathay Innovation believes that it is important to look past the technological to strategic leapfrogging. He believes that while many look to Silicon Valley as the start-up epicentre of innovation, there are significant lessons to be learned from entrepreneurs in places like Nairobi or Kigali or Bangalore.

For Lazarow, the 200 entrepreneurs from emerging markets that he interviewed for his book actually reinvent start-up best practice: building sustainability and resilience in their business model instead of growing at any cost, building models that can scale across borders instead of being local, and figuring out how to do distributed teams when the local talent market might be narrower.

“As the world has flipped in the age of COVID, many of the best practices in the Valley no longer work and as the Valley itself has shifted from a world of abundance to now facing adversity, the best practices of founders operating in some of these tougher ecosystems are more relevant than ever.”

For Lazarow, the strategic leapfrogging is about being a creator versus a disrupter. He explains that in Silicon Valley, there is this notion everyone’s either disrupting or being disrupted. “In many emerging start-up ecosystems, though, entrepreneurs don’t have the luxury to disrupt; they have to create, because there are no established industries to disrupt.” He defines this creation in terms of three fundamental things: building a product or service that was previously not offered in that particular market, targeting the mass market, and being the shoulders of giants, on which others build.

He points to technologies like M-Pesa, but also the range of technologies happening across the continent focused in healthcare, energy and agriculture, which is a completely different focus to that of Silicon Valley. One such example is  Zola, a start-up he worked with which focused on bringing off-grid energy to Africa.

“There are 1.2 billion people around the planet that have no access to power, totally off grid and Zola created an off-grid solar home system, with two solar panels, a charge box and a couple lights inside the house. They could essentially turn someone from literally burning jet fuel kerosene in their household, which has a lot of negative outcomes, to relatively modern set-ups, with bright lights and with TV and so on,” he explains. Their first market was Tanzania, but they now have operations in Nigeria, Rwanda, Cote d’Ivoire and other parts of Africa.

This kind of functional and strategic leapfrogging that has real impact is what Africa does well and what it can leverage to develop an infrastructure of its own that is not dependent on a traditional model of development.

Njie warns, though, that Africa continues to suffer from a massive brain drain “with our best talent taken away from the continent and those at home dying in the Atlantic Ocean to get to the West. Unless we develop our economies and our health, agricultural, infrastructure and governance systems, we will find it difficult to leverage on the ingenuity of our best assets and that is our people.” The potential is there, but realising it remains a challenge.