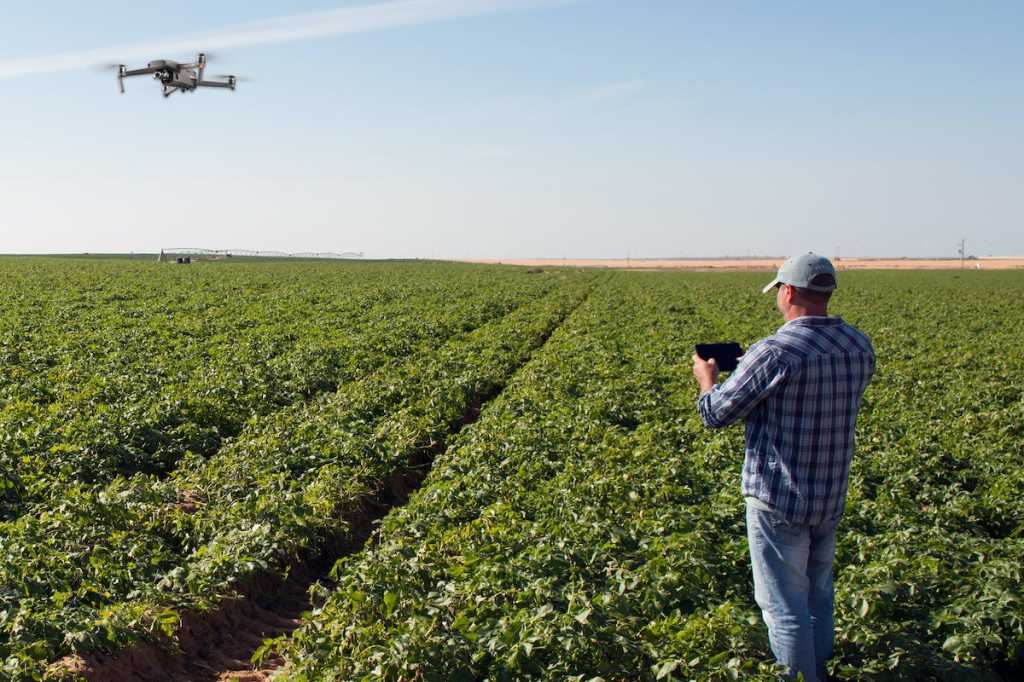 Simcha Shore spent a career in the Israeli infantry figuring out ways to use data such as images from drone cameras to give soldiers in the field an information advantage.

After retiring from the military, he realized that he could apply that experience to help farmers with precision agriculture: fighting crop pests and disease more effectively while using fewer agrochemicals. The result has been AgroScout, a three-year-old agritech startup that uses photographs captured by store-bought drones to help small farmers locate ailing crops and cut down on the use of pesticides —  boosting crop yields and making the food chain more environmentally sustainable.

“When you look at agriculture, they’re still stuck in World War II. Farmers use more and more chemicals, because they’re cheaper and more accessible. They have no choice, but they just use it to carpet bomb and use a cocktail of chemicals,” Shore says.

The challenge he faced in the army is similar to the challenge of a farmer, he continued. Rather than looking for possible combatants, “I’m looking for disease and pests that are destroying 20 to 40 percent of global crops.”

Drones are key to agritech

Drone-powered technology is seen as the future of farming and agritech, with applications in soil and field analysis, planting, irrigation, and crop monitoring. In 2016, PriceWaterhouseCoopers estimated the market for agritech drone applications at US$32.4 billion.

AgroScout offers independent, small-scale farmers a mobile app that works with  consumer drones (that might retail, for, say $1,000). AgroScout’s app allows farmers to define an area and instruct the drone to autonomously crisscross a 100-acre field in a half hour while snapping hundreds of high-resolution images that detail the condition of thousands of plants.

By flying just a few feet above the plants, the airflow from the drone propellor lifts the leaves of crops to allow the camera to photograph the underside. After a machine-learning trained algorithm analyses the images, AgroScout agronomists review the findings and send back treatment recommendations and locational information to the farmers.

That’s a formidable IT challenge: from transmitting large amounts of image data, to managing and processing them in the cloud, training an algorithm on a growing library of images, and then sharing insights with growers.

The startup relies on Oracle’s Cloud Infrastructure to give growers the ability to use consumer-accessible software and devices for crop monitoring.

“Our ability to allow any farmer anywhere in the world to upload images comes into place because of Oracle Cloud,” Shore says. “This allows us to do something that countries couldn’t do only a few years ago.”

Transmitting hundreds of high-resolution images that might total a half terabyte would be a headache for most individual users: because the product targets smaller growers, the startup needed to find solutions for farmers limited by modest bandwidth and ordinary internet browser software. What’s more, crops are usually in remote locations with poor cellular network coverage, harsh weather and physical conditions.

Given that limitation, the company assumes that most growers would typically upload images by using a memory card from a personal computer with a hardwired network connection. However, the AgroScout mobile app can connect growers’ phones directly to the drone and upload their images from the field after completing a flyover.

The images are transferred to an Oracle data centre in the U.S. Eventually, AgroScout plans to use a multiregion deployment. AgroScout uses an object storage format, which can efficiently handle multiple users to upload high-resolution files at the same time. Compared to paying for a constantly expanding stable of servers, cloud storage is a more cost-effective solution for scaling an image library that the startup plans will reach into the millions.

In addition to Israel, AgroScout-enabled drones have been deployed to Washington state in the US, where the startup is using its image database to help growers identify the Colorado Potato Beetle in fields that haven’t been sprayed with pesticide. The goal is to detect the insect early, to allow farmers to pinpoint problem areas for treatment while leaving other parts of the field untouched.

“It means we’re getting a lot less chemicals in our food and farmers are saving a lot of money,” Shore says.

Agronomy was not foreign to Shore when he founded AgroScout. He grew up in a bedroom city of researchers that was surrounded by citrus groves, and his father performed environmental, water and agriculture research at the Volcani Institute, one of the oldest scientific organizations in Israel.

The goal of the company, says the founder, is to build the largest agronomy image database in the world from an archive of millions of pictures. The startup uses the open-source PostgreSQL relational database. Coders train the machine learning algorithm using Python, and use the OpenCV imaging library.

In the Oracle cloud, the company utilizes a cluster of virtual machines that power artificial intelligence algorithms for both training and analysis of the pests and disease. Some of the work on improving the image-recognition algorithm is done on developers’ machines at AgroScout, which is based in the northern Israeli town of Misgav; the testing is done using the Oracle Cloud Data Science Platform.

In April, despite the blow to markets levelled by the coronavirus pandemic, the startup raised $3 million venture capital funding from investors in Israel. It’s lead investor is Kibbutz Yir’on, an agricultural collective on the Lebanese border which farms some 1,000 acres of crops, including potatoes. The startup, which also gets financing from the Israeli government, runs a pilot program with PepsiCo and its grower partners in Latin America.

The challenge of developing the AI algorithm is similar to teaching a camera to recognize the number on a license plate, only several times more complex. Agronomists will go through images and identify pictures of diseased crops.

“It’s a disease, it doesn’t look like a license plate. To me, the images don’t look like anything the same. They’re different kinds of stains on a leaf ,” Shore says. “It’s about capturing expertise and bringing it to AI. So, it’s a tremendous AI challenge and a tremendous data challenge.”

After growers upload the images of their crops, AgroScout’s machine-learning algorithm sifts through the pictures and tags problem areas. Company agronomists review the images, and then recommend ways to remediate problems. AgroScout users are then provided with a navigational map that leads them to the problem.

Though there are numerous agritech drone companies with varying solutions (such as Israel’s Taranis, which pilots planes and large drones), Shore says there is plenty of room for multiple players.

“I’d say it’s a blue ocean because there are 2 billion acres around the world,” he says. If AgroScout can help growers detect problems early and pinpoint the problem, it can help protect the planet by limiting chemical use. “That’s the real disruption: It’s not just about growing more food, it’s about doing it in a more sustainable way.”