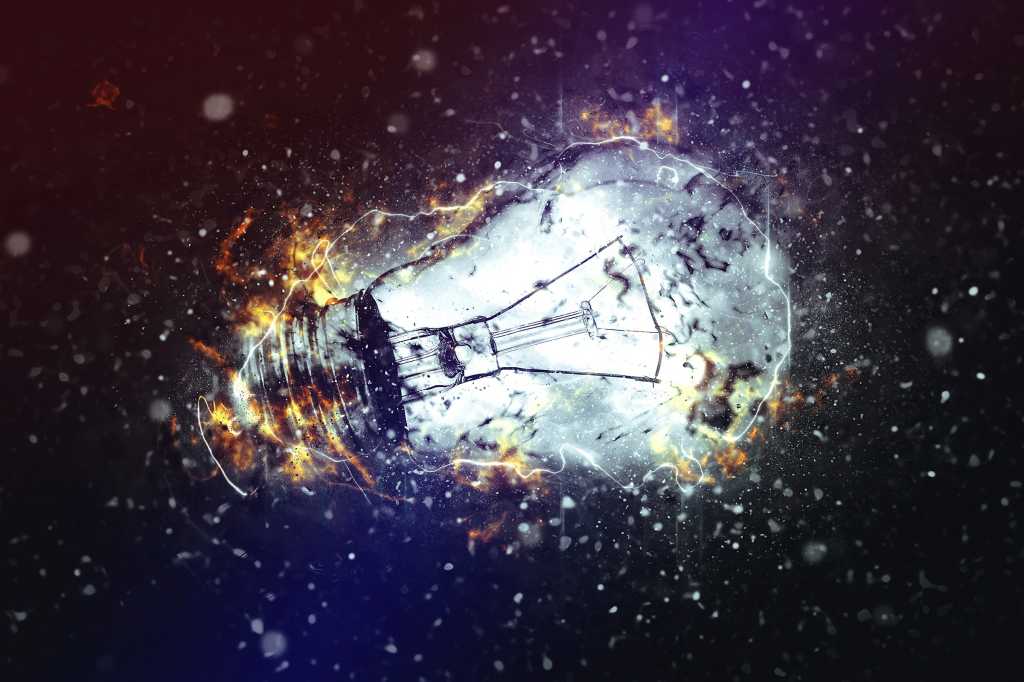 CIO Ed Giaquinto took to heart a lesson he learned on the job a decade ago.

Upgrading systems all weekend wasn’t much fun, Giaquinto says, nor did he think it was necessary, so he engineered a process to cut the two days of work down to three hours.

As he explains: “I wasn’t going to stick with what was established.”

Giaquinto, now CIO of the website security company Sectigo, still believes in disrupting the status quo. But he says too many executives and team members don’t embrace that mentality, instead allowing convention to get in the way of innovation.

His advice? “You have to think exponentially. You have to look beyond what the conventional norms are and push the boundaries.”

The ability to transform and innovate are top of mind for most CIOs. Those who can best capitalize on that mindset are the ones leading in the market. Deloitte’s 2020 Global Technology Leadership Study found that innovation is the No. 1 priority for 66 percent of organizations it classifies as the “tech vanguard” (compared to 44 percent of baseline organizations).

“It’s comfortable to go with what we know. It’s tough to take a risk,” he says, noting that his team has adopted DevOps, automation tools and a “breakthrough mindset” to spur innovation and to beat back conventional thinking.

In addition to conventional thinking, experts listed these seven barriers to IT innovation along with ideas on how to overcome them:

In some organizations, taking risks can be career-ending. Often, even when leaders talk about the need for innovation, managers disincentive risk-taking by basing promotions and bonuses purely on successes or by discouraging workers from carving out time and budget for pilots to test their ideas. The leaders don’t cultivate a culture that even tolerates innovation let alone celebrates it.

“Culture is oftentimes the single biggest factor that gets in the way of change happening,” says Mike DePrisco, vice president of global experience and solutions at the Project Management Institute (PMI).

These organizations generally prioritize work that keeps the trains running and incentivizes ideas that bring incremental improvements ahead of efforts that could build a better train altogether.

CIOs must find a way to flip that, DePrisco says, by seeing failures as stepping stones to success and rewarding those who learn lessons from such ventures. They should also hire people who are adaptable and excited by change, and push back against the status quo instead of tolerating the if-it’s-not-broke-don’t-fix-it mentality.

“Though everyone aspires to have a ‘culture of innovation,’ in reality building this culture requires a great amount of focus and prioritization. The difference in firms successfully implementing this culture is they are focusing on a few high-impact, high-value solutions rather than chasing the shiny new object,” DePrisco says. “That requires discipline in planning and prioritization.”

2. Chasing too many of the wrong requests

The modern IT shop aims to be responsive to business needs, but some executive and advisors see how responsiveness can hinder innovation.

They note, for instance, that technology teams can get bogged down with a seemingly unending list of requests that might bring small benefits and minor improvements but don’t leave much time or money to test out ideas that could bring a big bank for their buck.

“IT departments everywhere are constantly being asked by business units and leaders for new solutions and features and functions, and it’s creating a logjam in organizations because there aren’t enough developers to get that work done,” DePrisco says.

To counter that, he says CIOs could deploy low-code/no-code platforms and teach business-side workers to be citizen developers capable of tackling some of their own requests, thereby freeing up technologists to pursue the more innovative work that their honed skills allow them to do.

IT departments that rely on marching orders from the C-suite and board may similarly fail at innovation as the executive team may be too far removed to know what new ideas would resonate with customers, says Steve Berez, a partner at Bain & Co. and co-author of Doing Agile Right.

Berez points to his work with one auto insurance company, where the executive team tasked IT with building a software tool that customers could use to get advice on what car to buy. Problem was, customers didn’t actually want buying advice from their insurer.

“This doesn’t mean that good ideas can’t come from senior management, but it doesn’t mean their ideas should be given preference,” Berez says. “Many organizations are still doing innovation based on a command-and-control culture, and the more senior the requester, the higher the priority for the idea. And that tends not to get the results the organization wants.”

CAST, a maker of software intelligence, calculated the cost of technical debt a few years ago, estimating that an organization spends $3.61 per line of code on legacy systems, or $1.08 million for the average-size application of 300,000 lines of code.

It’s not surprising then that CIOs and executive consultants alike list legacy technology as a barrier to innovation.

“You’re trapped by what you already have,” says Prashant Kelker, a partner at the technology research and advisory firm ISG.

Experts point out that legacy diverts money and time that could be spent on cultivating and piloting new technology solutions. Legacy can also hinder innovative solutions that prove themselves in testing, as organizations sometimes find that deploying and ultimately scaling those innovations won’t work (or won’t work without bigger investments) because of technical debt.

“The cost to repay it in the form of reworking code or making new investments in software systems can sometimes outweigh the benefit of a quick-turn product enhancement. Over time, letting your technical debt linger and grow will hinder innovation,” DePrisco says. “CIOs in this case need to make the longer-term investment a priority and have a defined roadmap to get there.”

4. Failing to make time for innovation

Meerah Rajavel, CIO of software company Citrix, can’t give her workers unlimited time and money to spend on innovation, but she believes they need some of both to succeed. It’s up to her and other IT leaders to make sure that happens.

“When you’re in IT, you’re operating in a constrained environment, where you’re fueling the engine and supporting the aircraft while you’re flying, so you have to be very purposeful about the innovation piece,” she says. “You need time and space not just for IT people, but to bring IT and business together.”

Most IT organizations don’t do that. The Innovation Imperative, a 2020 report from PMI, found that over the past five years only 25 percent of organizations surveyed required teams to dedicate time for innovative thinking and idea generation, and only 19 percent hosted a creativity lab or hackathon facilitated by a trained professional.

Rajavel says she’s working to be more deliberate in creating that time and space. She aims to keep IT workers’ Friday schedules free from meetings so they have the ability to devote time to strategic work and innovation. Her teams also have 13-week work cycles that include a week for idea generation. “That innovation week gives them time and space; there’s an opportunity for reflection,” she says.

Most organizations cling to a traditional funding cycle that commits money to projects on a yearly basis, an inflexible model that doesn’t enable managers to quickly pursue great ideas or stop ones that aren’t proving out, according to Berez.

“The majority of large companies today still operate on a fairly rigid annual funding cycle, where they spend a great deal of effort months in advance deciding what they’re going to fund by looking at business cases and project costs,” he says. “There’s so much time and effort going into that, that once decisions are made, no one wants to go back into it.”

But Berez says it’s not possible to make accurate cost and value projections so far in advance. That model also makes it difficult for managers to redeploy money from failing projects to new ideas, he adds. And it doesn’t create any consequences for chasing projects whose rosy propositions don’t pan out.

“That all affects innovation,” he adds.

Berez recommends more flexibility and agility in funding, shifting from that annual budgeting cycle to one modeled after a venture capital approach, where workers can pitch ideas for seed money and then return as they prove out the value of their ideas.

An innovation lab might sound great, but some see potential problems with that approach. First, those working in the innovation lab might be too isolated from the rest of the organization to identify challenges, understand work processes and see potential solutions that will really help for people. Second, ideas developed in such isolation might not be well-received by the broader enterprise, meaning it’s less likely to be adopted — and ultimately to succeed.

That’s not to say that organizations should close down their innovation labs, Kelker says. Rather, he advises making the labs more open and inclusive.

“You have to go from doing it all alone to inviting others to innovate with you,” he says, adding that innovation labs work well when they help identify problems and define requirements and then support others as they work toward solutions.

Companies that are market-leading innovators share their challenges across their organization, Kelker says, and even with their suppliers, shifting from sending out requests for proposals or requests for quotes to requests for solutions.

Transformation experts say it’s easy for people to equate innovation with unrestricted thought and unopposed development, but in practice people need boundaries and guardrails to ensure that their innovation work actually can deliver benefits.

She explains that she uses guardrails to ensure innovative ideas can be tested, prioritized, developed and evaluated and then, if successful, implemented and scaled.

“It’s about showing how they can create value,” she added. “It’s about purpose and outcomes. But we don’t tell [our workers] how you get from Point A to Point B. That’s where the creativity and innovation come in. You tell them where there’s a problem and say, ‘Come up with your best idea.’”