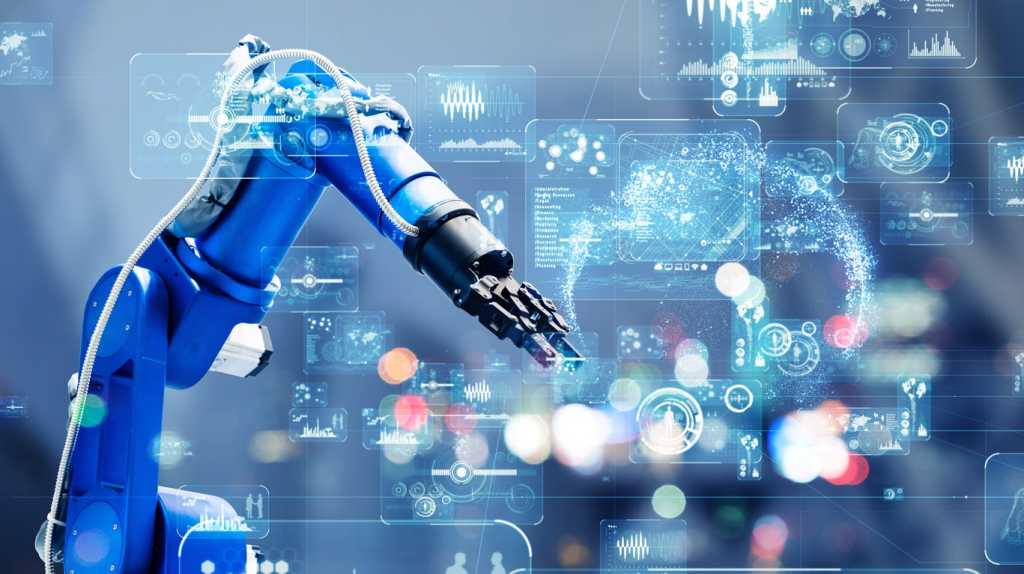 The 4th Industrial Revolution (4IR) is upon us and, just as the three that came before, it promises to reshape every business and industry, or at least those that are prepared for it.

Being prepared means getting up to speed on technologies including data analytics, artificial intelligence (AI), Internet of Things (IoT), augmented and virtual reality (AR/VR), edge computing and more. It also means building the infrastructure to handle the mountain of data that 4IR applications generate, including robust networks to get data where it needs to go – in a hurry.

In this series of blog posts, we aim to take you on a ride that shows both the reality of 4IR today and its promise for tomorrow. You’ll get a glimpse of capabilities that were once the stuff of science fiction, but that are now within reach or on the not-so-long-term horizon.

First, let’s explain just what 4IR is and how we got here.

We’ve already been through three industrial revolutions characterized by the steam engine, the advent of easy access to electricity, and silicon chips that put computers on everyone’s desk (and eventually, in their pockets).

This fourth revolution is based on the combined capabilities of technologies, including AI, IoT, AR/VR, 3D printing, robots, and more. It also involves data – lots of data – and plenty of compute power and storage capacity. And, in order to maximize the performance of these technologies, that compute power is increasingly not in a centralized data center, but at the network edge, perhaps on a factory floor or outdoors embedded in a signal light pole.

“Many enterprises are still on a journey to digital maturity,” says Dave Shacochis, Vice President of Enterprise Technology and Field CTO at Lumen Technologies.  “That said, they’re already excited about what the 4th Industrial Revolution means for data-driven innovations that improve the lives of their end customers.”

Connectivity is another hallmark of 4IR. For IoT to work, for example, we need fast networks that can carry data created by sensors and other devices to data centers where the data can be analyzed put to good use. In practice, that’s often a series of data centers, including edge, private and public cloud.

The promise of 4IR is that these technologies and infrastructure will deliver untold benefits.

“In the future, technological innovation will also lead to a supply-side miracle, with long-term gains in efficiency and productivity,” wrote Klaus Schwab, Founder and Executive Chairman of the World Economic Forum, who is credited with coining the term 4IR. “Transportation and communication costs will drop, logistics and global supply chains will become more effective, and the cost of trade will diminish, all of which will open new markets and drive economic growth.”

Klaus wrote those words in 2016, and today it’s clear his predictions are coming true.

Supply chains are instrumented with IoT sensors and integrated from end-to-end, such that a supermarket can determine not only the source of its produce, proving authenticity and helping with recalls, but the conditions it faced on its journey.

Predictive analytics, powered by AI, are making scheduled maintenance a thing of the past. By instrumenting everything from machines in factories to racks in data centers, we can tell when a piece of equipment is operating out of the norm – and needs servicing. No more performing maintenance just because the calendar says its time.

AI is also powering digital workers, or software robots, to perform repetitive, mundane tasks on behalf of humans, with far more speed and accuracy. In October 2019 IDC said more than 31% of activities related to evaluating information were performed by intelligent technology and predicted 88% would be by 2021.

Come aboard the time machine

And we’re just getting started. In coming installments, we’ll look at what you can expect from 4IR in 2025 as well as 2030. Think “digital twins” that are digital representations of products, processes, buildings and more, “that can be experienced or even experimented on in simulations in order to gain a deeper understanding of their environment and life cycle,” according to PWC.

Additionally, COVID-19 continues to accelerate the adoption of many critical technologies, such as telemedicine, which is a good thing. But there’s far more to come, including “personalized healthcare applications [that] generate, acquire and analyze medical data for early detection, better planning and faster cures,” according to the Lumen Global Trend Report, a white paper based on a survey to glean how 1,200 IT leaders across 10 countries are responding to the 4th Industrial Revolution.

Lumen is at the center of 4IR, as it offers many of the foundational technologies that make it all work, including a flexible platform that bridges network, data center, cloud and Edge Computing with managed services, including security. Visit here to learn more, and strap in for a launch to 2025 in part 2 of our time machine series.