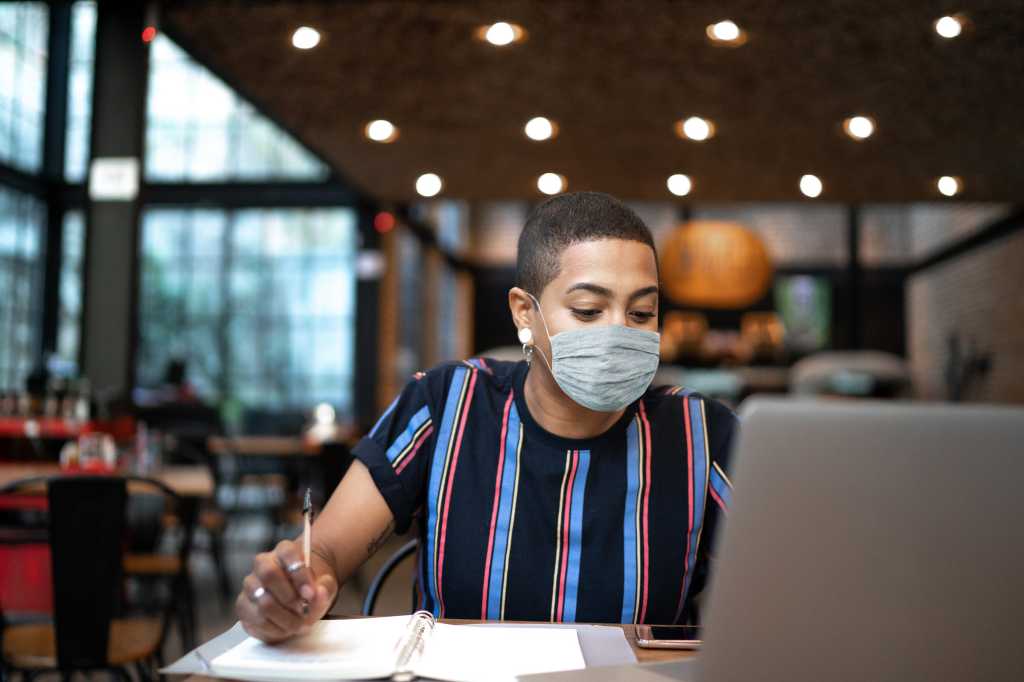 The CIO’s primary focus during this pandemic-induced work-from-home stretch has been to keep hardware healthy and data safe. But in America’s factories, warehouses and distribution centers, where “work from work” is almost always the only option, the technology directives understandably center on protecting human capital.

You might think the recipes for success between the two scenarios are very different. And you’d be right. But it might surprise you to learn that many of the ingredients are very similar. To wit:

Fortunately for Trilogy Health Services, which runs more than 110 senior living facilities across four midwestern states, the company already had nearly 80 percent of its 15,000 employees on its internal communication app when the virus hit.

No, not that virus. Last November, a cyber attack took down the company’s email server. So for about five weeks, the app was the only reliable source for everything from new operating procedures mandated by one state to a tornado warning for a facility in another state. By the time email service was restored, participation had climbed to 88 percent, according to Leigh Ann Barney, Trilogy President and CEO.

“So we ended up using the app for that virus first,” Barney said. “And then having such a high percentage of employees on the app when COVID hit in March was great. Because today you’re doing testing every 10 days in one state, every seven days in another. Operating procedures were changing daily because the states and the federal government were continually changing their requirements.”

Trilogy is now much better equipped to respond to infections than in March and April, when both PPE and COVID tests were scarce, Barney said. “All of a sudden we had five or six people that were symptomatic, and we couldn’t figure out where it came from or where it started.”

Barney said Trilogy added forms to the app for employees to report symptoms and test results, as well as for contact tracing. And it seems to be working. With far more testing, Trilogy is naturally seeing more positive results. But the cases now tend to be more isolated. That even held true during the summer, when cases kicked up as some employees returned from vacation with COVID as well as a sunburn.

As for improving the system, Barney said she thinks adding automated contact tracing to the app could make the forms easier for employees to fill out, as well as improve accuracy.

For Mark Goderis, Digital Engineering Manager at Ford Motor Company, social distancing and contact tracing were his first priorities. And like Trilogy, he had technology in place for the job at hand. Sort of.

Early this year, Goderis’ team was working on an asset-tracking project using Bluetooth to locate bins inside Ford’s massive manufacturing plants.  But when Ford switched gears in March from making motor vehicles to badly needed PPE, Goderis also changed direction. He and his team decided to redirect their project to help workers maintain proper social distance, and to generate contact tracing reports whenever anyone came down with the disease.

“It’s much more precise,” Goderis said. “Rather than asking, ‘Who have you been in contact with?’ and have you go back in your memory, I can have the answer in five or 10 minutes.”

The team decided to customize Samsung’s Galaxy Watch Active2 smartwatch for the endeavor because the Bluetooth antennas were ideally positioned to help gauge how far devices were from each other. Samsung also gave them access to the firmware, so they could keep the watch from going to sleep – and, to save power, turn off all the radios and sensors but Bluetooth and Wi-Fi, for sending data to the cloud.

The union’s shop chairperson “was very excited for the technology,” Goderis said. “In the March-April timeframe, people were scared. There was a global pandemic and all of our manufacturing facilities were closed. Michigan was a hot spot. So they wanted the people making those medical devices to know that they were safe when they came into work.”

When all was said and done, the team fanned out the watches to 1,350 workers in four plants producing PPE. For the future, they hope to adapt the program for large-scale deployment at Ford manufacturing sites worldwide.

There’s arguably no work-from-work company in the country better outfitted with already-deployed technology to direct at COVID than Amazon. The company has developed a wide range of automation innovations, from mobile robots in warehouses to cashier-less checkout for Whole Foods.

And yet, two of the first items on Amazon’s COVID to-do list: pick up thousands of contactless thermometers and order millions of face masks. At the same time, Amazon also built plexiglass stands to keep safe folks who were conducting hundreds of thousands of daily temperature checks on workers as they entered facilities to begin their shifts.

Of course, Amazon also focused existing technology on promoting safety. One team, for example, developed a machine learning algorithm to repurpose security cameras to watch spacing between workers to gauge how well different sites were adhering to social-distancing standards.

Jane Bourke, Global Leader, Health and Safety Technical Solutions at Amazon, told me that the technology teams started with what they already had to work with so they could get safety systems in place quickly. Then they started to look at what they could improve.

The social-distancing algorithm, for example, now sits at the core of Amazon’s “Distance Assistant,” which is a mobile workstation that supervisors can wheel into high-traffic areas to remind workers to maintain space. The workstation includes a computer running the algorithm, a camera and a large screen that highlights images of passersby with green or red circles, depending on whether they’re far enough apart.

As well, Amazon has mostly phased out handheld thermometers with thermal cameras that check temperatures as workers walk into the facility. The infrared handhelds are now used only as a secondary check on fevers spotted by the thermal cameras.

Last week, Amazon announced that in just over six months, the company had 19,816 positive or presumed positive cases. While that sounds like a lot, it only represents 1.44 percent of the 1.372 million front-line workers Amazon employed over the time span, significantly less than the national average.

Going forward, Amazon is focused on shoring up its COVID test capabilities to help better identify and isolate infections. By next month, the company plans on performing 50,000 tests a day across 650 sites.

As a private-label producer of peanut butter and jelly for grocery store chains, Algood Food Company is considered every bit as essential as Ford’s PPE output. But the company didn’t have any technology in place to help adjust to the realities of 24/7 production during COVID.

Algood, based in Louisville, Ky., had no tech team to develop a contact tracing system. No AI team to help monitor social distancing practices. And because many line workers don’t bother with email, the company didn’t even have a good way to alert them to procedural changes, or for workers to reach supervisors to report symptoms or positive test results.

“We were using our bulletin boards and a phone tree. And we quickly realized that was just too antiquated,” Kelly Zeilman, Vice President of Human Resources at Algood, told me. “The leadership team was trying to communicate at least twice a week, and the bulletin boards just weren’t cutting it.”

Algood adopted Redeapp, a smartphone app that gives management and front-line workers a direct channel of communication. And then this summer, Algood added Redeapp’s Healthepassport, a companion app. Workers fill out the Healthepassport every morning before they enter the facility. Even if a worker feels healthy, the app will send them home or for testing if someone they’ve been in contact with has symptoms or tests positive.

Zeilman said that Redeapp has helped Algood limit cases to just three out of 350 employees – all during summer vacation time.

“And even though we had three employees that tested positive, it didn’t spread throughout the department or the plant,” Zeilman said. “And we feel like that’s because we had good safety measures in place.”

Terryberry, a Grand Rapids, Mich., maker of awards, jewelry and other recognition products, is obviously not considered an essential business. So when the company was brought in on a PPE project in mid-April, its doors had been shuttered since the state lockdown began three weeks earlier.

Terryberry had been using Redeapp for years, and leaned on it more heavily since the lockdown. It was able to use Redeapp, in fact, to lure about 30 of its 100 line workers back to the facility to make PPE. By the time the company was operating full speed ahead again in May, participation in Redeapp had climbed to 96. The four remaining holdouts couldn’t sign up because they still have flip phones.

Like many companies, Terryberry began performing health checks at the start of shifts with a manual process. The company is only now working on making it more efficient. In part, that’s because executives increasingly expect daily health checks will be needed well into next year. As well, it seems, employees seem to appreciate the manual checks.

“When we were first trying to get the group back to work in this tumultuous time, it deepened the trust with our employees because they can see that we’ve taken those precautions,” said Mike Byam, managing partner at Terryberry. “But now that we’ve got people to a level of comfort, we’re going to try to get people in the building more efficiently. Especially as it starts to get cold in Michigan, you don’t want people waiting outside to get scanned in.”

Indeed, when all is said and done, the communications component may be the most important ingredient in the digital-transformation-in-place recipe. Because it’s not just what technology you deploy to keep employees safe. It’s also how employees perceive those changes.