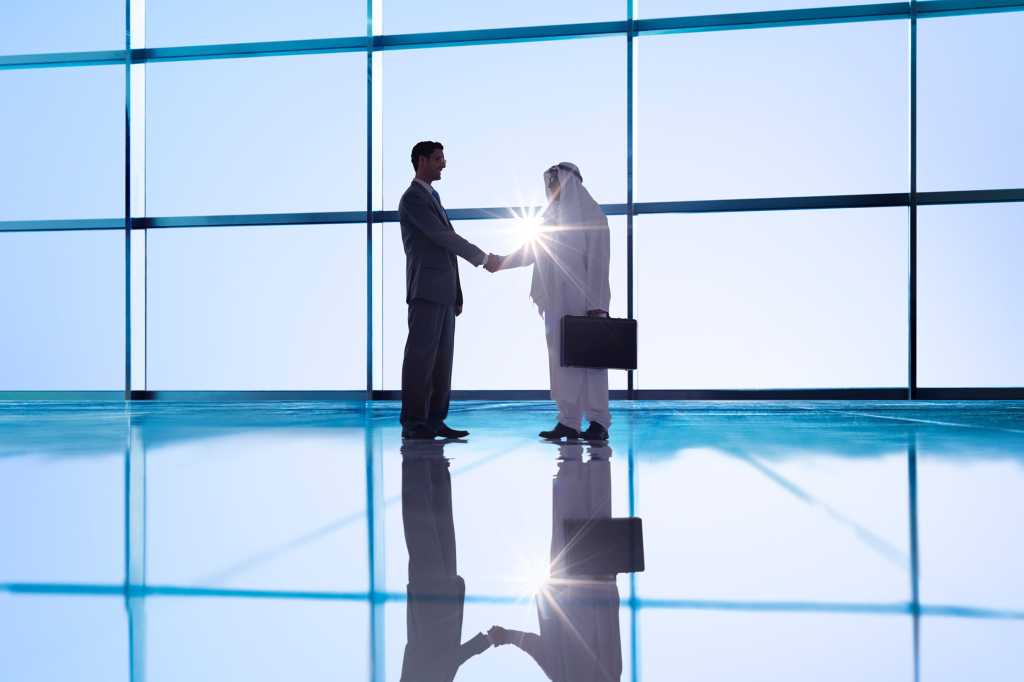 Just weeks after Israel and the United Arab Emirates inked a normalization deal in Washington DC, the bullish sentiment about the potential for economic cooperation hasn’t worn off as Emirati business figures pitched the UAE’s startup ecosystem on a Zoom conference to potential Israeli investors.

“We build strong, long-term allegiances and partnerships with companies and countries,” said Tariq Bin Hendi, Director General of the state-owned Abu Dhabi Investment Office (ADIO), which last month opened up an office, its first outside of the UAE, in Israel. The company website is also written in Hebrew to make it accessible to Israelis. Explained Bin Hendi, “This is the first step in how we want to solidify this relationship.”

The panel discussion hosted was by Our Crowd, an Israeli venture investor, which last week announced a $100 million partnership with the UAE’s Al Naboodah Investment Co., an arm of one of the country’s most prominent business families, to invest in ventures in both countries.

Al Naboodah Investments Chairman Abdullah Saeed Juma Al Naboodah touted the UAE as one of the best “platforms” in the Arab world for startups, and noted that Emirates technology ventures have been sold for billions of dollars and listed for trading in the U.S.

“The UAE needs agriculture. We are one big desert. With the Israeli expertise in agriculture, there are a lot of opportunities here. Especially, because the UAE government is investing largely in this area,” he said.

The discussion on Israeli investment into UAE startups actually flips the conventional wisdom about the Israel-UAE economic synergy: that is, with a track record of growing successful startups to investors abroad, it’s Israel that is typically seen as the destination for the mountain of capital in the UAE.

Medved said that the government in Abu Dhabi has created an investor-friendly environment reminiscent of Israeli government incentives that helped seed the country’s innovation centre —  commonly referred to as “Startup Nation.”

“UAE regulatory regimes are favourable and there are organizations who are sponsored by the government who are making your life easier as an investor,” he said. “What’s more important is that the warmth and enthusiasm on the part of Emiratis and been incredible heartening.”

Steve Barrett, the business development developer of the Abu Dhabi Global Market, a financial zone in the UAE capital offering its own regulatory and legal regime, said the UAE’s startup ecosystem goes beyond home-grown entrepreneurs and has attracted innovators from far afield.

“We’ve seen innovators come in from as far afield as the US, India, China, the UK,’ This is an international financial centre in every sense,” he said. “And the people that we have doing business here are truly international.”

The conference featured three UAE startups that OurCrowd is eyeing: “World of Farming” uses artificial intelligence technologies and vertical farming techniques to help farmers optimize resources and minimize waste; “W Motors,” which makes an autonomous patrol vehicle used by the Dubai police and aspires to make the first electronic vehicle in the Middle East; and, Urban, which makes a real estate tech platform to allow renters to find, inspect and pay for residence rentals online.

Urban Co-Founder Mohammed Kaswani said Dubai made for an ideal location to launch a venture that he plans to take to other rental markets.

“Digital adoption is incredibly high and there’s been tremendous support from the regulators in what we’re trying to do,” he said.  “There’s also a great deal of forward-looking investors.”

Though they are from divergent societies that lie in different corners of the Middle East, Israelis and Emiratis are likely to strike up a common business language, said Mark Dubowitz, a former technology entrepreneur and investor in Israeli technology ventures. The UAE is a small country with an entrepreneurial spirit, where businesspeople are U.S.-educated, said Dubowitz, who currently heads the Foundation for the Defense of Democracy, a Washington Think Tank.

“Dubai has no oil or natural gas. It’s a place that’s built up its wealth and prominence on the backs of Emirati entrepreneurs,” said Dubowitz, who was in the virtual audience for the roundtable. “It emerged out of the desert with gleaming towers. In many ways, the UAE is the Arab Startup Nation.”