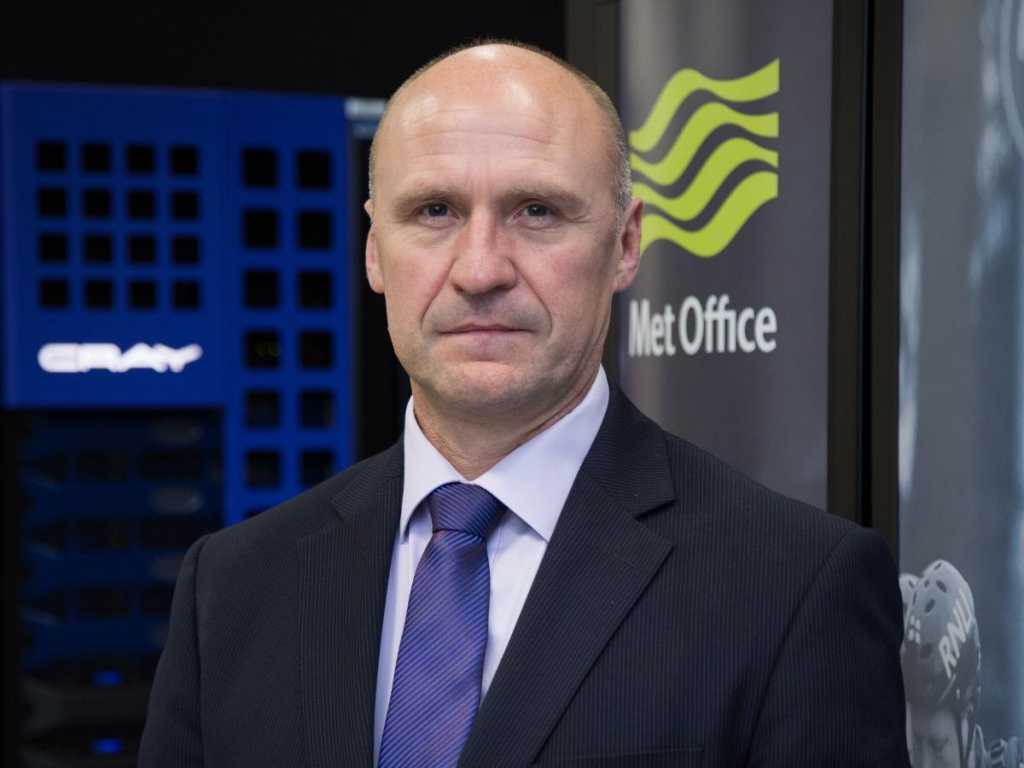 Met Office Technology Director Charles Ewen believes his organisation operates with an unusual stance compared to others in the weather and climate industry and that its most recent innovations make it stand out from its competitors.

“Our job is to predict the future state of the atmosphere, the climate systems, in such a way that we can stay safe with temperature primarily. The secondary is a function of predictable protection,” Ewen said on stage at the IoT Expo last week.

The UK-based forecaster, which was launched in 1854, is recognised as the oldest national weather service in the world. Although the Met Office only really began exploring wider uses of IT in the 21st century, technology has always been a big part of weather forecasting.

This includes machine learning and natural language processing, which have been adopted across different areas of the prediction and statistical understanding functions that are built into its weather forecasting.

Ewen, who began his role as technology director in 2014, has helped push the Met Office to experiment with new ideas. “The core part of my job is to deal with new things, typically things that don’t quite work yet and introduce them into the office,” he explained.

The 2018 CIO 100 member has led a transformation programme across the organisation. Alongside this, Ewen introduced an Informatics Lab as a way to explore a consolidated approach to R&D – a decision which saw significant production benefits through techologies such as high-performance computing in the cloud and serverless computing at scale.

In an interview with CIO UK last year, Ewen explained his multi-modal approach to software development, which includes the use of a waterfall model for big infrastructure projects and agile methods for more innovative ventures like the Met Office app.

“We have squads and tribes and we work in sprints and we have retrospectives and epics and all that kind of stuff, and we deploy that where it’s needed, but equally we can work in more traditional project approaches,” Ewen told CIO UK.

“We have a very flexible delivery model that is essentially a combination of an [agile to waterfall] delivery style and also in-source, internally managed and full out-source as a kind of matrix. We are always clear which approach we are taking when we initialise production activity,” he added.

Read next: Met Office CIO Charles Ewen on how supercomputers forecast the weather

“The type of prediction that we’re doing is literally trying to understand the force imparted on a coin, its density against the atmosphere, rotational velocity and all those other physical characteristics so that we can have a flash at saying whether it’s going to land on a head or a tail.”

According to Ewen, this helps the organisation to understand the best uses for new adoptions of technologies such as machine learning.

“Why we do it that way comes back to the fact that it doesn’t matter what magic you’re trying to do in terms of machine learning, but there have to be capabilities in the system,” he said.

The Met Office is also making an effort to find ways to understand process simulations that often appear difficult to interpret.

Overall, the organisation’s weather data is filtered into a simulation programme that is protected by a simulation code.

“We run something called the unified model,” said Ewen. “Again, because the Met Office is a bit unusual we run a unified model which is fundamentally the same approach for climate prediction as it is for weather forecast,” said Ewen.