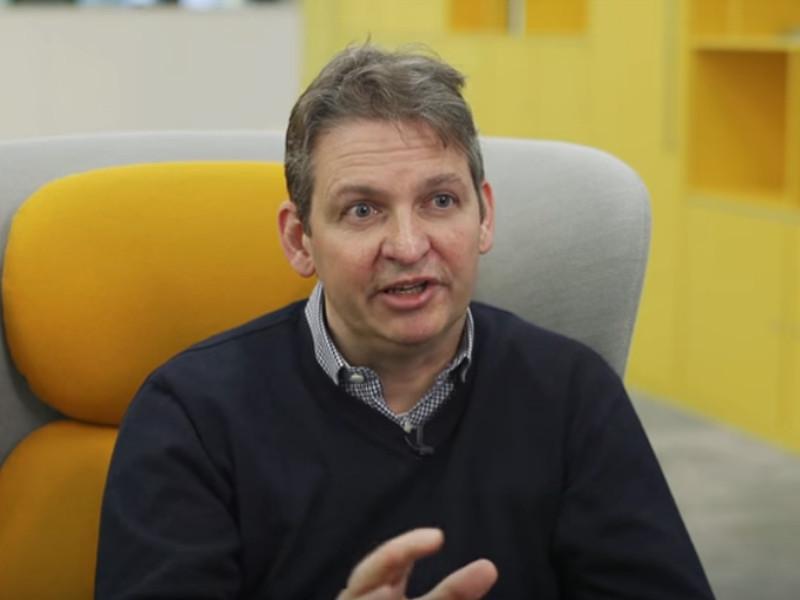 Post Office Group CIO Rob Houghton has to manage the current IT needs of the UK’s largest retail network and financial services chain, while also preparing the centuries-old organisation for the future.

Houghton is responsible for the systems used by more than 11,500 Post Office branches to support more than 17 million customer visits and 47 million transactions per week, while implementing an agenda for change designed “to make the Post Office as relevant tomorrow as it is today.”

“In order to do that you have to focus on how people want to consume services in the Post Office going forward, as opposed to how they used to consume services,” Houghton tells CIO UK. “I do a lot of work on strategy, on architecture, and on digital transformation, as well as just improving the infrastructure and the support services and migrating to cloud.”

His strategy is guided by the changing habits of the public. The growth of home businesses, remote working and online shopping has dramatically increased the volume of postal orders and many customers now order multiple items and return the ones that they don’t like.

Another major development is the massive expansion in financial services available at the Post Office. The company has more branches than all of the UK’s banks and building societies put together and now has an agreement with almost every bank to provide their customers with over-the-counter services. Then-business minister Margot James called the January 2017 deal “the biggest expansion in branch banking services in a generation”.

“Consumer habits are obviously moving a lot more online, and people want more frictionless transactions, and at the Post Office we cater for everybody,” says Houghton. “We’re also doing many more banking transactions than we’ve ever done before in Post Offices and we also serve customers without bank accounts who rely on cash.”

To address these trends, a digital factory has been built in which multi-disciplinary agile development teams develop ideas into new products, such as the Post Office Travel app, which customers can use to manage their Travel Money cards, find their nearest ATM, and access their travel insurance policy.

A new unit has also been set up to explore future digital solutions.

“We’ve got a digital propositions team that are looking at what other propositions we can launch, what customers actually want from the Post Office and what could we provide to make it easier.”

To drive digital transformation internally, Houghton has launched an initiative called Digital Starts that investigates how to build up the organisation’s digital capability and support collaborative working.

“We’re hiring ex-forces personnel into our IT and change team and will be signing the Armed Forces Covenant later this year,” says Houghton. “It’s such a good relationship because the Post Office has been serving our communities for over 300 years and we should be helping the Armed Forces for all the work they do.

“I’m quite proud of the work that we’re doing. We’ve got an ex- forces and reservist network that I sponsor and we’ve hired some really interesting people. We’ve just hired a bomb disposal expert – he’ll be good in a crisis.”

On the external side, Houghton is developing the concept of the Post Office as a platform by creating a set of APIs that partners will be able to use to add new innovations. For instance, CityMapper and Amazon Alexa could link to the Find The Nearest Branch service, giving customers new routes to accessing the Post Office. The plan is to build a pure three-tiered, service-orientated architecture, with the services exposed so people can build web apps on the frontend.

To quickly roll out any new apps that are developed in-house, Houghton has also created an OutSystems low-code development platform.

“A low-code development environment means that trying to get up and spin out production code is much quicker, and we’re finding our delivery cycles, our DevOps integration cycles and our automated testing cycles are much quicker,” he says.

To gain support for his strategy from across the organisation, Houghton tries to create a “think digital” culture.

“I’m waiting for the time when we stop talking about ‘digital’ as a separate thing, because it’s just the way that we do business now,” he says.

“It’s core in our strategy. The problem with ‘digital’ is it’s a nice little one word to describe online journeys. You can’t get away from it – I can’t think of a replacement term for ‘digital’ – but it’s not a separate thing in our organisation, it’s just the way we do business.

“Most of my life as a CIO has been about shutting down physical presences and driving everything online, but at Post Office we cater for everybody across the UK, and we believe that physical branches are absolutely essential.

Moving to the cloud

The Post Office has been migrating to various cloud platforms in a largely outsourced environment.

The financial services and variable pricing systems are already in the cloud, and Houghton wants the retail systems to soon join them so that the capacity of services can be optimised to demand.

“Our financial services system is hosted in a cloud environment, and we’ve got variable pricing-services systems in the cloud,” he says. “We run Success Factors to get a software-as-a-service type offering and we run Office 365 and Yammer, which is all cloud-based.

“We’re looking to migrate our retail architecture, which supports most Post Offices, into cloud architecture, mainly to get flexibility and variable pricing, because our peak time is over the Christmas period, and that’s when we have massive demand.

“Then there are high-volume events like Black Friday and the following Monday and Tuesday when a lot of people return their shopping. So we want to have a variable model, we want to have maximum capacity at peak times rather than holding all that capacity all the time. That suits a cloud model and that’s what we’re looking at at the moment.”

The Post Office leverages the core BT network, so when it loses network connectivity in one of the few locations where they haven’t good good cellular service, it can temporarily affect the services provided to customers.

“If you think of our branches as a network, it’s quite a predictive network,” he says. “Most people come in, switch the lights on in the branch and operate their computer systems, and if you look at the flow of traffic, it’s quite predictive. With machine learning, if I can learn about that network, it will help me detect and analyse problems which were affecting them much quicker.”

He’d also love to one day create a Post Office robot that could collect deliveries for people who can’t physically get to the branch but his current focus is on the more immediate challenges of his transformation agenda.

“How do we make the Post Office as relevant tomorrow as it is today for our customers? How do we fuse those online/offline journeys? What technology can we provide to improve the branch experience?” he asks. “I think there are a lot of opportunities.”