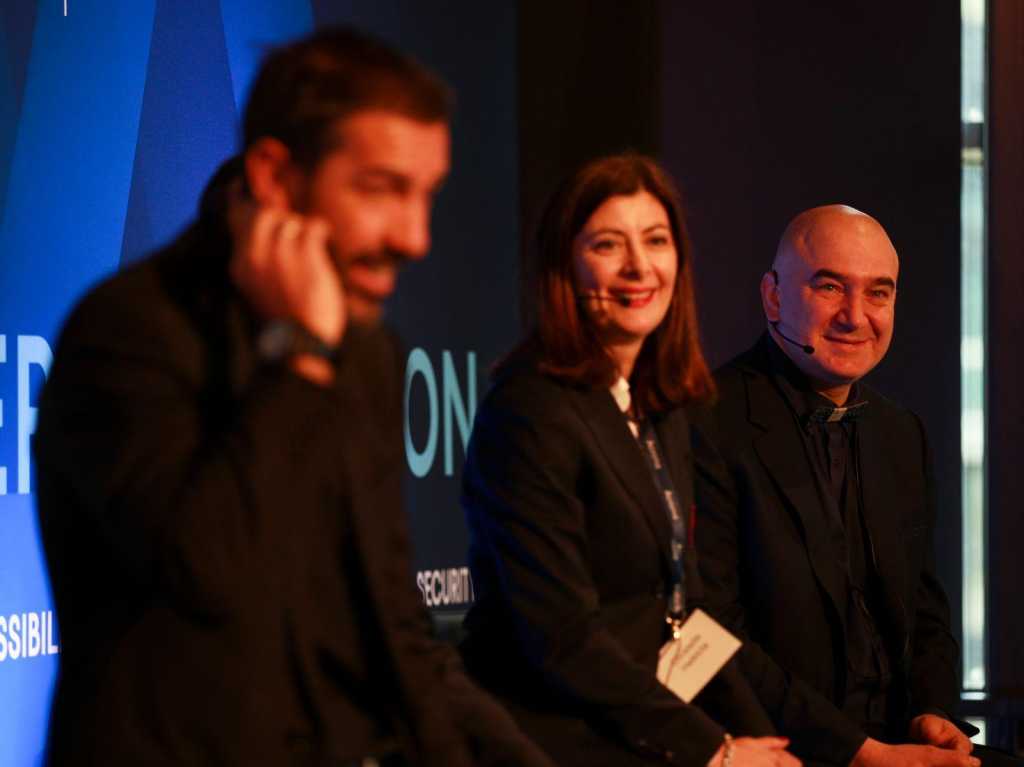 Arsenal FC is one of the most successful teams in the English football history, but for IT Director Christelle Heikkila, success is judged by much more than what happens on the pitch.

“We’re much more than just a football club,” Heikkila tells CIO UK from the Emirates Stadium in Islington, where cybersecurity firm Acronis is hosting an event for its partners and customers. “We have a very successful charity, we’re a multichannel retailer with three shops that are incredibly busy on a match day and a website selling merchandise to fans across the world, we have a partnerships team, and a dedicated CRM team. It’s incredibly diverse, and technology touches all of those functions and all of those departments.”

That variety was a big part of what attracted Heikkila to Arsenal in July 2018, when she replaced CIO 100 regular Hywel Sloman, who was promoted to the position of Operations Director. Sloman had been IT Director when the club when it made its most significant tech acquisition: the £2.165 million purchase of StatDNA, a US-based football data analytics company.

Read next: From CIO to COO – The Chief Operating Officers overseeing technology

English football clubs had been slower to embrace data than American sports teams, in part because the game has more ambiguous parameters than the likes of baseball, and many coaching teams have proven sceptical about the impact of IT. In recent years, however, that attitude has shifted, as data-driven decisions have proven their value over choices based on personal experience and human judgment.

“The players, their coaching staff, the people looking after the fitness, the medical team, they’re all very interested in how they can use technology to further Arsenal,” says Heikkila.

Heikkila adds that their support is contingent on their being assured about the tech’s security, as the club stores a vast quantity of sensitive information. This includes over eight terabytes of video of every first-time and academy training session recorded at Arsenal’s training ground in London Colney, a village in Hertfordshire.

The club previously stored its data on laptops and USB drives, which lacked security and accessibility. The need to efficiently deliver and securely protect this data led Arsenal to seek the services of Acronis, which produces a data-cloud solution that can store, backup and recover the recordings.

“We’re very confident that that data is stored securely, and that’s absolutely key for us,” says Heikkila. “We have video footage of our global superstars, huge public interest, and intellectual property from what we do in our training sessions, and like every company, we’re subject to GDPR regulations as well, and we have to keep that safe.

“But also in terms of the ease of use, we know that we can recover 10 gigabytes of data in eight seconds, just by the touch of a button, and my engineers can do that remotely. And we’ve started to use that solution in other scenarios as well. For example, recently, we’ve been standardising on our Mac bills. And really, really quickly, we’ve been able to back up user data to facilitate that whole deployment process.”

Heikkila selects vendors by focusing on both the product and the relationship.

“The vendors that I want to continue doing business with are those suppliers that actually invested in the relationship,” she explains. “That’s what we’ve got with Acronis. We use some of their technology, but they also support us in thinking about how else they could add value to us as a club. And that’s what I want from all of my vendors. I don’t always get it, of course.”

She also tries to develop IT solutions internally though Arsenal’s Innovation Lab, a 10-week accelerator for startups developing new fan experiences that’s run in collaboration with innovation advisory firm L Marks, the same company that CIO 100 regular Nick Burton worked with on his accelerator at Belron.

Arsenal launched the programme in 2017. Of the 244 startups that applied for a place, 22 were invited to pitch their ideas, and the best six were selected to join the 10-week lab held at the Emirates. In January 2019, Arsenal invested in one of the finalists, a sports content-focused ecommerce company called I Like That, which provides a range of online shopping features such as the ability to click on an image of a player on a website and automatically buy their shirt within the same page.

“Since I’ve joined, we’ve continued to evolve the concept of an innovation lab,” says Heikkila. “For example, we recently brought in some industry experts to evaluate my cyber security strategy. We thought that was an innovative way to get some more insight into what we’re doing.

“We also want to make sure that we are getting innovative ideas from our own staff. I will be involved in planning an ideation session for that, because sometimes the best ideas come from the least likely people who are already in the club.”

The overall business strategy is driven from the top through a clear set of priorities that all staff are expected to follow.

“What the club has done really well is invest time in articulating and communicating a very clear set of priorities, and it’s always important that we align with those priorities. We have a governance forum as well, where if somebody has some an idea for technology, they bring that idea to myself and some executive board members, and we discuss if this is something that we want to invest in, or if we feel that that idea is not going to benefit us as we would like.”