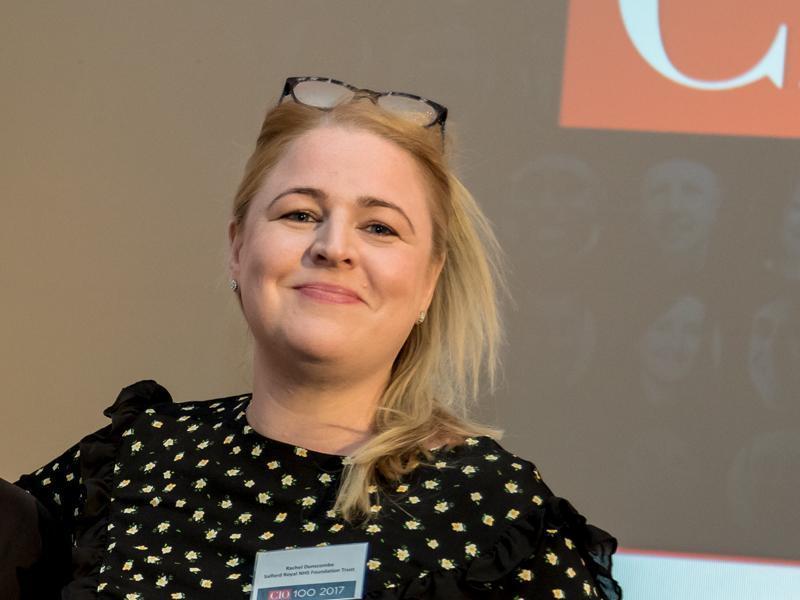 As CEO of the NHS Digital Academy, Rachel Dunscombe plays a crucial role in developing the IT leadership required for the healthcare service to realise the potential of technology.

The academy she leads was established in response to a 2016 review of NHS IT by Professor Robert Wachter, a renowned academic physician based at the University of California, San Francisco.

Professor Wachter argued that the NHS needed more than just the right technology. “There must be a major effort to place well-qualified clinicians with advanced informatics training in every trust,” he wrote in the report.

The academy is now developing these leaders through a year-long Post Graduate Diploma in Digital Health Leadership offered to 300 candidates, the third cohort of which begins in April 2020.

Dunscombe has been the academy’s CEO since its inception, and helped win its bid to deliver postgraduate education to all senior digital leaders in the NHS.

“It builds trust between people in similar geographies, but it also allows them to work with people in very different professions: nurses working with CIOs, doctors working with dentists and pharmacists,” Dunscombe told CIO UK at the HETT conference last month. “It has a multidisciplinary approach, which is proven to be the most effective way to represent your user base in government.”

Dunscombe’s faith in this approach has been strengthened by her work at healthcare IT company KLAS Research, which she first joined in 2015 as an advisory board member.

In March, she was appointed Global Collaborative Lead for the KLAS’ Arch Collaborative, a group of more than 170 healthcare organisations and 75,000 clinicians across 10 countries that aims to benchmark and improve electronic health record (EHR) usability and clinician satisfaction.

The American company’s research into success factors for digital health systems found that the most important intervention that healthcare organisations need to succeed is ring-fencing space and time for their clinicians and users to receive multimodal education.

Dunscombe’s work involves bringing together all of KLAS’ research into what makes successful systems into an academic evidence base that all organisations globally can use to maximise the success of their digital deployments.

“It’s never been done before, so it’s not something where they make a profit from the work I do, but it’s something that feels really important to the wider system,” she said.

The size and complexity of the NHS can make it difficult to improve interoperability and integrate a rapidly growing range of data. Dunscombe believes that this has created a requirement for open and standardised data. As a member of the government’s Healthtech Advisory board, she has emphasised this need to health secretary Matt Hancock.

“It’s not about moving people into a difficult position in the market; it’s about creating a realistic timetable to work with our providers of systems to get to that open standards world, in terms of how they store the data, but also how they interoperate the data.”

Prior to her appointment at Klas, Dunscombe had served as CIO of Salford Royal NHS Foundation Trust since 2015 and as Director of Digital for the broader NHS group since 2017.

She had to give up these full time positions at Salford after joining KLAS, but remains a strategic digital advisor at the trust, which she helped attain global delivery exemplar status.

Dunscombe has fond memories of her work on digital pathology at Salford, which have improved cancer pathology diagnoses and allowed clinicians in multiple sites to all remotely view the data.

Her other achievements at Salford include enabling data scientists to work on vast datasets by migrating clinical systems to the cloud, analysing patient flows to find ways to reduce hospital attendance, and implementing telehealth to allow patients to access services from home.

She credits these successes to the trust’s leadership and redefining its governance to enable swift and distributed decision-making.

“We rethought governance and that allowed us to move in an agile but safe way,” she said. “It was really interesting for me to get the doctors, user-centred designers, patients and data scientists working in sprints with really agile governance. I think that was part of the recipe for our success.”

Dunscombe essentially has the same key ambition for each of her roles at the Digital Academy, KLAS and Salford: “My aim at the moment is to create as many digitally-talented people with the right knowledge as possible in the system,” she said. “I want to encourage anyone that wants to take a career in digital health to find the right journey for them – be it at the Academy, be it on a data science programme, or be it a leadership programme.