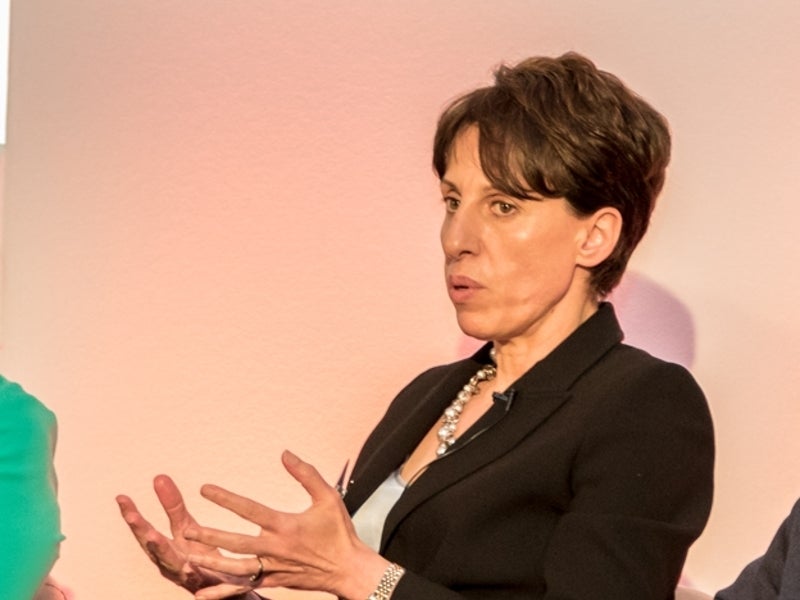 Lloyd’s of London Chief Operating Officer Shirine Khoury-Haq said the organisation is working closely with disruptive players in the FinTech and InsurTech startup space as part of the 300-year-old insurance market’s transformation.

Khoury-Haq, whose COO remit includes data, IT, market operations, property services, also discussed the digitisation of its process, leveraging data and finding inspiration from those outside of the insurance sector in a video interview with CIO UK contributor Scott Carey at the 2017 CIO 100 celebration reception at The Waldorf Hotel in London in April.

“The big challenge is not so much the IT – we are on track to deliver most of the IT – it’s about engaging 300 organisations to work fundamentally differently, and go from a paper-based process to a digitised process,” she said.

“We are working very closely with the FinTech and InsurTech folks. We’ve had to move very very quickly; we have a stream of work where we are engaging with those new organisations and new technologies so that we can start bringing them in when the time is right.

“We also have a very strong architectural team so we are ensuring that whatever we do currently isn’t impeding us from being able to bring in those new technologies like blockchain.”

Khoury-Haq added that she thought blockchain, and not forgetting the capabilities provided by artificial intelligence, was the emerging technology that would have the biggest impact on Lloyds and the financial sector.

The former IBM partner, who joined Lloyd’s of London as COO in July 2014 and is driving its Target Operating Model modernisation, also discussed the changing nature of the CIO role for the COO perspective at the CIO 100 event having just hired Jennifer Rigby in the post at Lloyds of London.

“Some will be IT solutions and some will be structure and will be process change and she needs to be able to look across the board and be able to sell that to our board, build business cases around it and very very importantly take a team which she did not hire, build trust with them and then drive the changes through the organisation.”