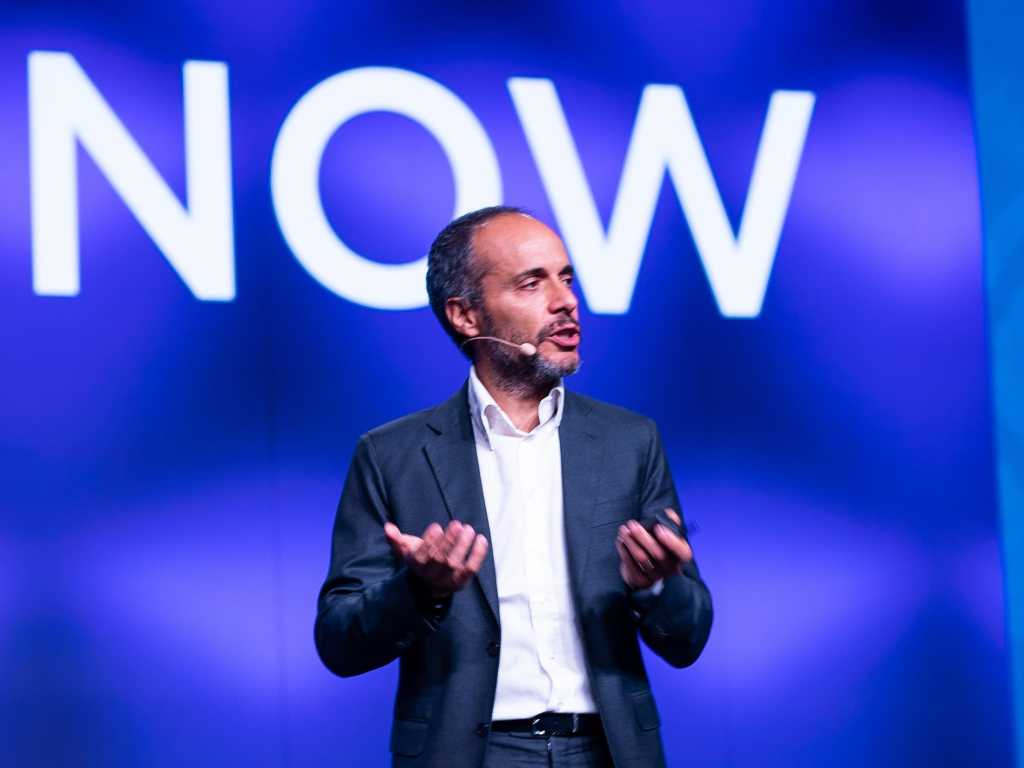 Rome Airport CIO Emiliano Sorrenti’s “strategy of not having a digital strategy” has reaped dividends at Roma–Fiumicino ‘Leonardo da Vinci’, named the ‘World’s Most Improved Airport’ by Skytrax in 2018 and recognised in 2017 for having the best customer service in Europe at airports with more than 40 million passengers a year.

The transformation from customer experience laggard compared to some of its fellow large European hub airports has also picked up the organisation a Tibco Transformer Award for its improvement plan based on infrastructural and digital innovation, while Sorrenti himself was named 2018 European CIO of the Year.

Speaking to CIO UK at the Tibco Now conference this month, Sorrenti said that the success was down to culture, engagement, and getting people across Rome–Fiumicino to buy into the vision

“I think that a key element of this is really the people involvement, because the entire airport organisation was really working in the direction of achieving those service levels,” Sorrenti said.

“Technology is a key component of these results but we shouldn’t say that is the result of digital technologies. It was really a journey around people.”

New airport infrastructure was the starting point, with Sorrenti explaining that technology and new analytics capabilities complemented those investments.

“Technology from my point of view was a huge accelerating factor towards achieving these results,” he said.

The challenges at Aeroporti di Roma are significant, Sorrenti explained. Moving 41 million passengers a year, with 100 airlines competing with each other to serve some 200 destinations. There are 1,000 aircraft movements a day, which works out at 90 take-offs or landings an hour – or circa one arrival or departure every 30-40 seconds.

With 40,000 staff working at the site – which includes a church, hospital and police station – and 150,000 passengers a day, Sorrenti joked that it caters for the same population size as Salt Lake City, but that Salt Lake City is an area 12 times bigger.

The CIO, who previously worked in telecommunications and joined Rome Airport as CIO in September 2016, said that the initiatives and success had changed the perception of the IT function.

“Clearly it is important that everybody in the organisation feels IT is a partner; an accelerating factor and not as someone who is trying to deploy a very complex technological architecture simply because you are fond of deploying technological things,” Sorrenti said.

By collaborating with all areas of the airport about their goals – from the police to the border control workers and separate airlines – Sorrenti’s team was able to secure buy-in for their initiatives and raise the profile of the function and its leader.

“This was really the key success factor of this journey because in the beginning there was a short selling phase from the technology team to the rest of the company but then when our colleagues really understood the opportunities given by the new technologies, then there was a strong change from pushing solutions to being pulled by the organisation that they really wanted to have the resources and the IT budget dedicated to their activities.

“Well now we have the roadmap maybe for the next three or five years because everybody wants to be part of this digital journey.

“Now everybody’s happy and proud to be part of this organisation.”

Rome-Fiumicino Airport has partnered with Tibco for its analytics and integration capabilities, helping the organisation track the flow of passengers, work out how to avoid potential bottlenecks for travellers throughout the airport, and work with airlines to help negate negative impacts on the customer experience.

As such Sorrenti sees further potential in how artificial intelligence and predictive analytics can improve airport operations to deliver his concept of “total airport management” as a smart intelligence system, although he said that he was wary of the hype around certain terms and cautious not to get too excited by shiny toys which don’t fulfil the airports mission or improve its customer proposition.

“Artificial intelligence for sure is the next wave; but still I have to admit that it is not so easy to immediately understand the applications,” he said.

“The difficult part which happens now is to understand how this new technology can really help in an effective manner, either to make us more efficient which means saving money, provide better customer experience, or to impact positively the bottom line. From this point of view we are at the beginning of the journey. We are in the discovery phase.”

Part of Italy’s critical national infrastructure, IT security is high on Rome Airport’s agenda and Sorrenti echoed the sentiments of fellow UK airports CIOs Cathal Corcoran from Gatwick and London City’s COO Alison FitzGerald about the coming together of physical and cyber security.

“We take security extremely seriously and we have a continuous focus on the security which is based on the continuous introduction of new technologies coming from the network, the WiFi networks and the old infrastructure which are either used by the airport operator itself, or also for all the infrastructure that we provide to the parties working inside the airport.

“Security means also business continuity and resilience because in order to be secure you need to make sure that whatever goes wrong.”

Equally crucial is training and driving a robust security culture, with Sorrenti and his team constantly looking for weaknesses and bad practice before they are exploited by an external agent.

“Also there is an important journey about the security and we’re trying to tell the people how to behave because you can install whatever software you want but if in the end your employees are not really aware of what are the risk then actually the back door is there and is made by your employees,” he said.

“We are conducting massive fake attacks on our employees. It’s a very interesting thing and I was also attacked by my team! They were trying to phish me but they didn’t succeed.

“People are reacting well but we have areas where we have to improve. From my point of view this is a key activity that I would recommend to any corporation regardless of the business.”

Continuous improvement in security chimes with Sorrenti’s comments about how advanced analytics capabilities can smooth airport operations with its predictive capabilities.

“If there is something going wrong we need to try and avoid that happening again and whatever is going well you need to find a way to do it even better in the future,” he said.