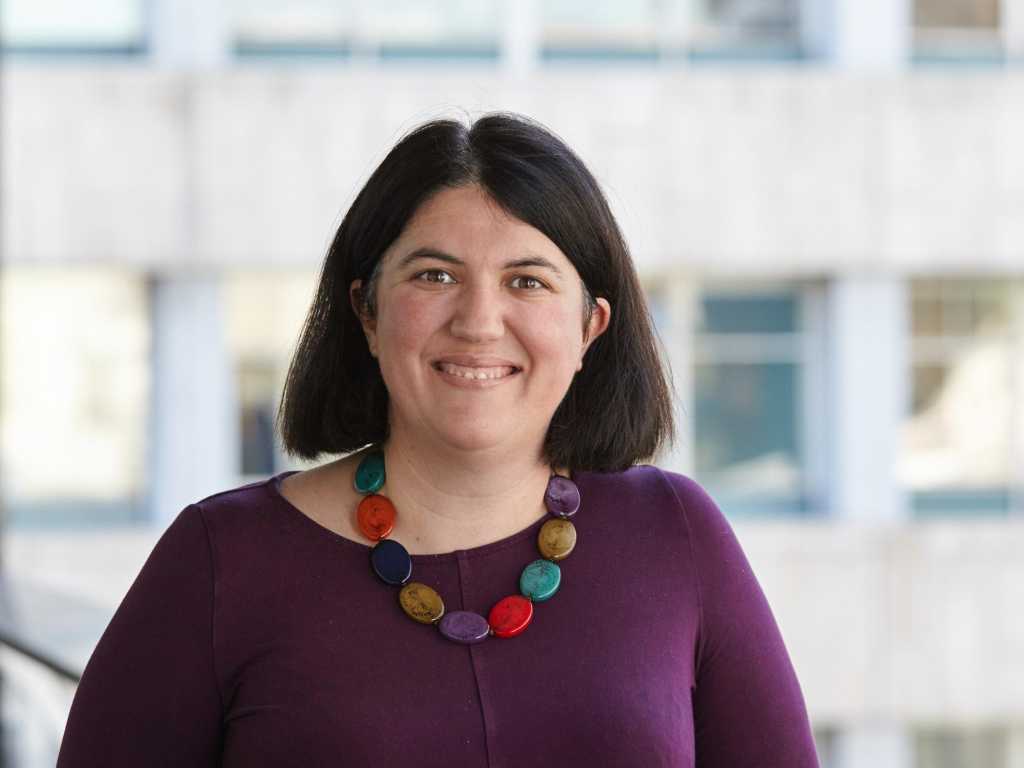 CIO of the Red Cross, Rosie Slater-Carr, has a lot more on her plate than your average chief information officer.

Not only is she responsible for implementing and overseeing the IT strategy at the charity, Slater-Carr is also tasked with data protection, information governance, cyber security, the CRM system, the charity’s newsletters, its website, its apps and its digital transformation – and that’s just what she can list off the top of her head.

“Sorry for the spiel,” Slater-Carr says to CIO UK over the phone, before adding, as a means of explanation, “a CIO can be a lot of different things.”

Slater-Carr joined The Red Cross about four and a half years ago, when the charity created the role of the CIO. Upon her arrival, it was very apparent that there had been a significant under-investment in the organisation’s IT services for a number of years, both financially and in terms of how much importance had been placed on it.

“Quite a lot of my focus has been on how do we bring IT back to the fore? Our mission will always be helping people in crisis and I think there is now a good understanding across the organisation that that means offering choice,” she says. “We would never be only digital somewhere, and in order to reach more people in a way that they want, or allow more people to support us, we need to be mindful of the ways in which people want to do it.”

One of the biggest challenges for Slater-Carr and the nature of charity work is balancing technological innovation with the understanding that many people who use the charity’s services aren’t always willing, or able, to embrace these changes.

“We still take texts and we still offer face-to-face meetings,” she explains. “It’s about choice and having options, rather than dictating to our users what it has to look like. I think people were worried about not having the skills but actually, in quite a lot of places, if you make it easy enough, then people pick it up.”

When the charity introduced its new mobility aids, members of the team were worried people who’d had bad experiences with overly-complicated systems in the past would shy away from the Red Cross’ solution, which actually simplified the process.

“Things like working really closely with our volunteers to design the system has taken quite a long time, and we’ve had to make sure we’re taking everyone with us on the journey,” says Slater-Carr. “I don’t think it’s easy and it takes a lot more time and effort but, I think it’s paid off for us in a number of places.”

The introduction of these changes has seen the charity’s customer satisfaction rates increase from around 44% to 78%, an achievement that Slater-Carr is particularly proud of.

“It might not be seen as a huge innovation and it takes quite a lot of work but that’s really where I get excited about what we’re doing,” she says.

However, now the basics have been tackled, Slater-Carr has her eye on a number of different emerging technologies that she believes could significantly benefit the charity’s users.

Voice technology and commercially available virtual assistants are big business at the moment and the Red Cross has already rolled out an Alexa skill which offers critical first aid instructions to users. Slater-Carr is now looking at wider use cases for this technology within the charity.

“I can see real potential there in terms of how we could do more with voice technology across the board, particularly if you then combine that with automatic translation,” she explains. “We have a number of services, particularly in the refugee space, where our staff and volunteers have to wait for a translator. So, the aim is to, fairly soon, pilot some of the technology where, at least during initial conversations, we would be using automatic translation.”

The charity is also starting to look at how IoT technologies can help vulnerable and elderly people to continue living independently without the need for constant human supervision. Instead of using cameras which are regarded by many as invasive, the Red Cross is looking into attaching sensors to everyday objects to monitor and flag any potentially irregular behaviour, such as notifying careers if a kettle that was previously used daily hasn’t been boiled for several days.

For Slater-Carr, a lot of the work she does can be categorised as “making things as easy for people as possible.” It might not sound like a very glamourous job, but it is absolutely critical in order to ensure people can use the charity’s services to their benefit.

When she joined, the Red Cross had a website consisting of 4,000 pages, many of which contained outdated information or made it overly complicated for people to quickly find the information they required.

“People were getting lost and quite a lot of the web pages just weren’t being looked at,” she says. “We did a lot of work, focusing on what it is people want and why they were visiting our website and then we rebuilt the site so that would work on whatever device people wanted to look at it on.

It wasn’t just the publicly accessible website where the charity was struggling to keep a handle on things. Employees at the charity were using collaboration tools to try and improve their efficiency at work, but the lack of a collaborative working strategy meant everyone was downloading the tool they liked the most. This ultimately led to hundreds of employees all using different tools and thus making themselves less efficient.

“There wasn’t a consistent way of communicating,” says Slater-Carr. “People were collaborating with the people they knew and in the way that they knew. They’d set up a certain tool but couldn’t then open up messages from other people who were using something different.

“We just had far too many collaboration tools, which paradoxically meant we didn’t have very good collaboration. So, we decided to really champion a smaller number of tools, meaning people can find their colleagues more easily and reduce the amount of time and effort it takes them to do certain aspects of their job.”

Introducing a collaborative working strategy has also provided the charity with other unexpected benefits – it’s reduced its carbon emissions and improved its bottom line.

“We’ve reduced travel where it makes sense to do so and introducing Zoom rooms means that the team in Bangladesh are now as connected to the team in London as the team in Paisley are. That’s been a huge success for us. We’ve also had great feedback in terms of how much easier it is to use some of these tools now.

“We’ve also partially rolled out Microsoft Teams again, really helping people collaborate and feel connected in an organisation that is in 300 different buildings in the UK, and also international. I think that’s what contributes to people feeling that their life is getting easier.”

Like all CIOs, when it comes to recruiting for technical roles, Slater-Carr has found it increasingly difficult recently to find the necessary talent to fill the number of job vacancies the charity has.

“It feels like it’s not getting easier to find technical skills at all,” she says. “However, we’ve got a strong brand which is really helpful. People know what we do and quite often are passionate about helping out, which is brilliant.”

Slater-Carr believes the skills are out there if you look for them. To help facilitate this, the charity has introduced some changes to where it looks for talent and who it ultimately hires.

The Red Cross has also started an initiative where it seeks out people who are passionate about the work the charity does, rather than waiting to find people who have the full range of skills required. These employees are then provided with on the job training, allowing the organisation to develop a lot of its skills in house and grow the team at a faster rate than it otherwise would have been able to. What was originally just a London-based team now has employees in Newcastle, Manchester and Glasgow.

“We do have internships across the organisation and we have a small number of apprenticeships,” Slater-Carr explains. “We also have a couple of teams, where people volunteer. There’s a geographical information systems team which has groups in different universities and people will quite often volunteer for us while they’re at university. Many of them are hugely passionate and after volunteering for us can end up joining the team.”

Slater-Carr has also helped to champion a number of inclusivity and diversity initiatives since joining the charity.

“We found that in the directorate of information and digital technology, we were 85% male, so the women of IT created a group to start looking at how we address that. We’re having some success; we’re shifting that number and I think we’re down to 70% now.”

The organisation has made a point of inviting female CEOs and leaders to come and speak to employees and offer career advice. The charity has also actively overhauled its recruitment process to make it more inclusive. Interview panels are now always made up of a mix of men and women and job descriptions and titles have been carefully reviewed to ensure they don’t display any bias or language that could discourage minority candidates from applying.

“I’m hugely passionate about the importance of diversity across technology and the group of people that have come up with these programmes have also introduced mentoring and designed a buddy system for new women joining us,” says Slater-Carr. “I’m really proud of them.”