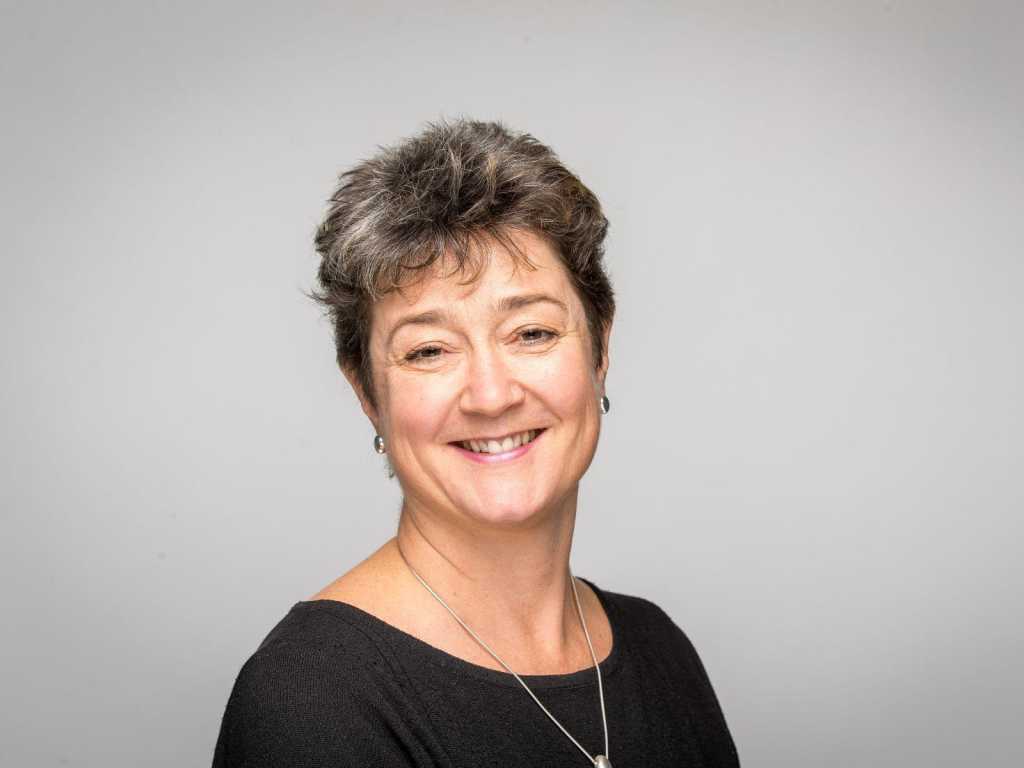 Cancer Research UK CIO Tiffany Hall was recently named CIO of the Year at the Women in IT Awards, the world’s largest tech diversity event dedicated to tackling the sector’s gender imbalance.

The award was recognition for a successful first full year in the challenging charity sector in which Hall brought together two different teams at Cancer Research UK.

“Cancer Research UK didn’t have a CIO until my role was created, and the traditional IT people were reporting into finance while the digital team with all the supporter-facing web technologies were reporting into the fundraising and marketing director,” Hall tells CIO UK.

“Those two types of organisations worked very differently. We had the more waterfall, traditional people working in one way and the digital people working in another much more agile way, and where the two worlds met there was tension and difficulty, which was beginning to be felt by colleagues in the charity. So the executive board decided to bring the teams together and bring in a CIO to recognise the significance of technology in today’s world and to have a seat at the board for technologists.

“It was very clear during the interview process that this job was not going to be about putting in another ERP. This was very much a culture change job.”

To ease the transition, Hall introduced nine design principles that all staff should abide by around issues such as working in the open and disagreeing without being disagreeable.

The integration is progressing well but Hall admits that challenges remain.

“I said in the acceptance speech that it’s a difficult journey, and we’re still on it,” she says. “There are still places where people bump up against each other within teams because they’ve merged now, but the conversations are had with respect and with open-mindedness, and we jump on it when that’s not the case.”

From BBC to Cancer Research

Hall earned a BSc in maths with computing from the University of Durham before beginning her IT career with a five-year spell as a project manager at Shell UK. She then moved on to commence a 20-year career at the BBC.

Her roles at the broadcaster included CIO, Head of IT at BBC News and Director of the Parliamentary Broadcasting Unit that films the House of Commons

The BBC gave her the experience of delivering change in complex and political organisational structures, which helped her when she joined Cancer Research UK in July 2017.

It also helped prepare her for the charity’s diverse IT stack, which includes point of sales systems for high street shops, fundraising platforms, an ecommerce site, and all the typical IT systems found in most large organisations.

Then there is the tech used in cancer research trials. Cancer Research UK provides many millions of pounds of funding for the trials done by external organisations, but it also conducts research inside its own labs and employs a small innovation team that looks for new trends that can be plugged into the broader strategy.

The charity has recently helped develop a smartphone app for doctors who work on lung cancer that calculates the next steps they should take, and a VR system that scientists can use to explore the behaviour of cancer genes in 3D worlds.

“In one of the projects we’re funding at the moment the scientists are using virtual reality to observe the behaviour of the cells in 3D,” explains Hall. “That’s enabling scientists in three different institutes in three different parts of the world to work together and it’s opening all sorts of new ideas and insights, using virtual reality behaviours as a salve to new ideas about biological sciences.”

Cancer Research UK uses data for a variety of purposes, from understanding the donation journeys of their supporters to conducting clinical trials.

Doctors sometimes express concerns about the growing role of machines. Hall reassures them that they are there to help clinicians rather than make decisions for them, pointing to a recent project that uses algorithms to recognise lung cancers but leaves it up to the radiographer to act on the results.

“I sometimes liken it to VAR in football,” she says. “The ref still makes the decision.”

The charity also needs to ensure that its practices are in line with GDPR, which is particularly complex in healthcare research. Thankfully for Hall, Cancer Research UK was already on top of GDPR compliance when she joined the organisation.

“We had a big programme of work to make sure we were compliant and to instill in all the staff here the importance of the security of sensitive data,” she says. “That programme hit its target for the May deadline and wrapped up not long after that. We have a data governance and compliance board which reviews that and ensures that the staff training stays fresh. So yeah, we’re all over that one.”

Data protection is also vital to gain the trust of Cancer Research UK supporters. The charity receives no financial backing from government and instead is funded entirely by donations from the public, who need to know their data will be safe if they’re to hand over their money.

Their donations go into a bespoke fundraising platform that Cancer Research UK developed as an alternative to Just Giving, which charges organisations a percentage to use.

“That product I think is now as feature-rich as the Just Giving platform through the various iterations that we’ve been doing and continue to do,” says Hall. “The other thing about having our own platform is it gives us a more direct relationship with the supporters so we can thank them and engage with them further and see if they want to engage with us in other ways, as well as fundraising.”

Hall has to structure her days to fit in regular operations, networking, working with stakeholders, and managing a 260-person team.

To avoid distractions from the most important tasks, she worked with the senior leadership team to pick a handful of top priorities and then communicated those to the broader team.

She also likes hot-desking for its physical proximity and to get a close insight into the challenges of different teams. She’ll often sit near the teams who have the biggest pressure so she can understand the issues and give them support.

Her other current challenges include a replacing a legacy CRM system.

“Typically customer relationship management systems on the market aren’t built to do things that charities do like process direct debits or handle gift aid, so in the charity sector most people have either built their own CRMs or they’ve customised them to bits,” Hall explains.

“We’re in the latter camp. We’ve customised ours and it makes it quite cumbersome to work with, so we’re looking at that at the moment.”

Hall also has to prepare for an impending move to Stratford, east London. This will mean more remote working for staff who face a longer commute, so collaboration tools and management by results rather than presenteeism will need to be fostered.

Hall has long been an advocate for equality, diversity and inclusion in tech. She has worked as a STEM ambassador at STEM Learning UK, encouraging girls to consider a career in technology during talks she gives at career events at schools, and has done pro bono work on the steering group of the Tech Talent Charter consortium of employers sharing best practices on gender diversity and inclusion.

The charity sector generally has a large proportion of female staff, and the same is true of Hall’s tech team, which is 41% female, far above the industry average.

To further boost inclusion, last year the charity also introduced staff networks for women, LGBTQ+ people, a multi-faith group and a BAME group that she was asked to sponsor.

She also wants to do further work to improve social mobility, which Cancer Research UK has started to address by becoming the first charity in the UK to pay its interns, and on creating more employment opportunities for people with disabilities.

“I think a lot more could be done around accessibility and assistive technology for disabled people,” she says. “At the BBC, we were really hot on that, and we put it as quite a significantly scored criteria in our procurement processes.

“And we were very often told by software vendors that nobody else was asking them this question, which surprised me, and even even some government departments weren’t asking this question and certainly not scoring it. I’ve introduced that here at Cancer Research UK now. We include it in the questions that we ask vendors now.”