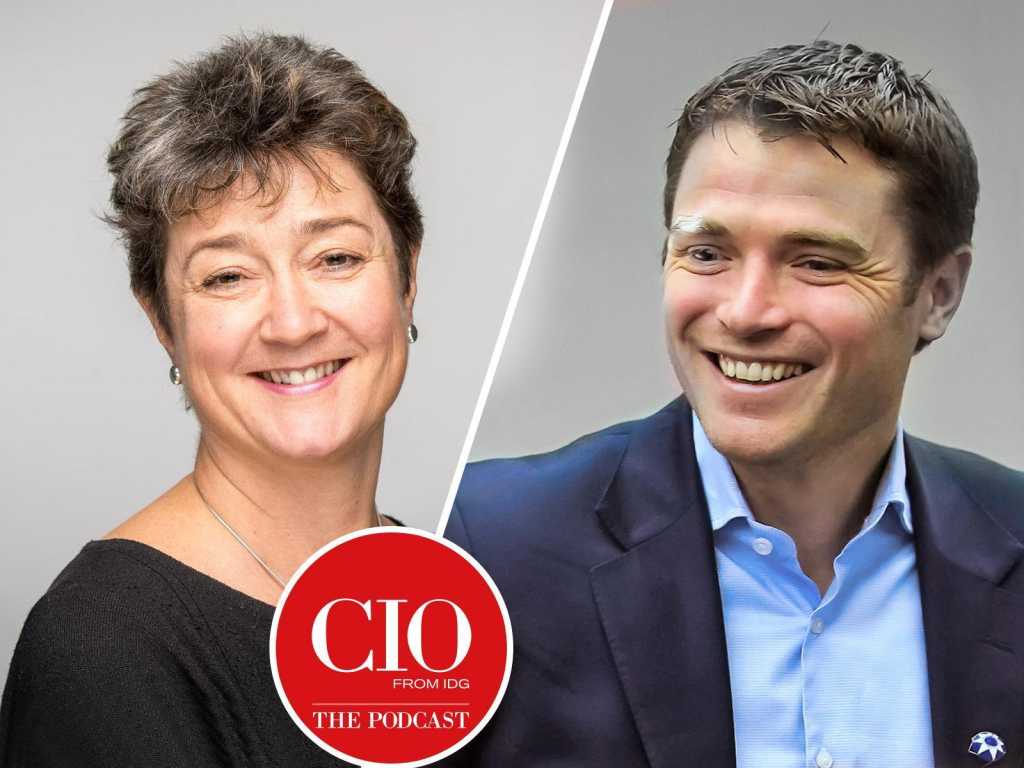 Cancer Research UK CIO Tiffany Hall and Dubai Airports EVP Technology and Infrastructure Michael Ibbitson spoke to CIO UK Editor Edward Qualtrough during episode 19 of the CIO UK podcast to discuss the digital transformation initiatives at their organisations, and the corresponding cultural changes which have helped ensure the success of the programmes.

Former BBC CIO Hall, who joined the charity as its first board-level CIO in July 2017, was speaking to CIO UK at analyst firm Forrester’s Digital Transformation and Innovation Europe 2019 forum in London, while Ibbitson had been speaking at cloud storage and collaboration provider Box’s CIO Summit in the capital.

Both high-flyers in the 2019 CIO 100, the pair also discussed some of the technology and digital initiatives they had been delivering with their teams which they felt were recognised by the CIO 100 panel.

At the Forrester forum Hall had discussed “bringing together what had been two separate teams; one a more traditional IT one reporting into the finance director, and the other being the more digital team reporting into the fundraising and marketing director”.

“And my job – the first time there’s been a CIO or technologist on the board – was to bring those two teams together,” she said. “So very much some of our digital transformation journey has been trying to get a single culture, a single operating model – trying to be more agile.

“It was very much a journey of Agile meets Waterfall.”

Hall added that it was important to have complementing initiatives across the organisation so that the programmes were not just an IT project.

“The other strand of digital transformation at Cancer Research UK is around what we’ve been doing to upskill the rest of the charity and digital techniques to try and make them more self sufficient,” she said.

Ibbitson, the former CIO at Gatwick who joined Dubai Airports in January 2016, said that the driver for the technology and digital initiatives in the UAE was so that he could focus his team on the passenger experience.

“Our focus really needs to be passengers, bags and aeroplanes – I don’t want it to be back-office systems,” he said. “I want to leverage companies where I can so that we can focus on what makes a difference to the passenger, which is the plane leaves on time, the bags are on it, and they get a great experience in the airport.”

Ibbitson said that impact had been significant.

“We went through a big technology team transformation over the last couple of years,” he said. “And about 30% of our staff who really weren’t focused on anything related to passengers or aeroplanes have been moved into roles now, where they work on software development for partner and customer facing systems and things like data analytics, and dashboarding, and real-time data platforms and real-time alerting to improve the operation.

“I think the most impressive thing that we’ve done as a team is the cultural change that we’ve been through as a group. And I know that’s not technology related, but in terms of how we have ended becoming a high performing team with great outputs, that we had to change the culture of the team and we had to become much more customer focused. And we have to become much more agile.”

Ibbitson had joined Dubai Airports as its executive leader of the technology function, but has assumed greater responsibility for the operation’s entire infrastructure operations.

“When I joined it was just the technology role,” he said. “And then after about a year, I was asked to take on what was then engineering services and the whole infrastructure of the airport. And we also brought in the energy management team as well.

“We’ve set in motion a series of initiatives, which is reducing our energy consumption by 20%,” Ibbitson said. “Now, that is because we’re using data analytics, we’re using real time information, we’re putting in systems that regulate supply and demand better to improve efficiency of air conditioning, electricity, water. We’re seeing huge savings there.”

Hall also shared how CIOs and others involved in IT procurement could put pressure on the vendor and supplier side to make sure their technologies were as accessible as possible.

“We were very strong on our own assistive technology when I was at the BBC, and it was always a selection criteria in our procurement to say ask what extent their solution was compatible with the assistive technologies that are used for accessibility,” Hall said.

“And we were often told by suppliers that we were the only customer asking this question, which I found quite shocking.

“Similarly, now that I’m at Cancer Research UK, I’ve introduced it into the procurement processes there. It’s very hard though, when you have a situation where none of the bidders are actually fully accessible, and so we then tend to take the conversation into their roadmap? ‘So you’re not accessible now, but will you be?’ And we use that in our scoring and evaluation.”