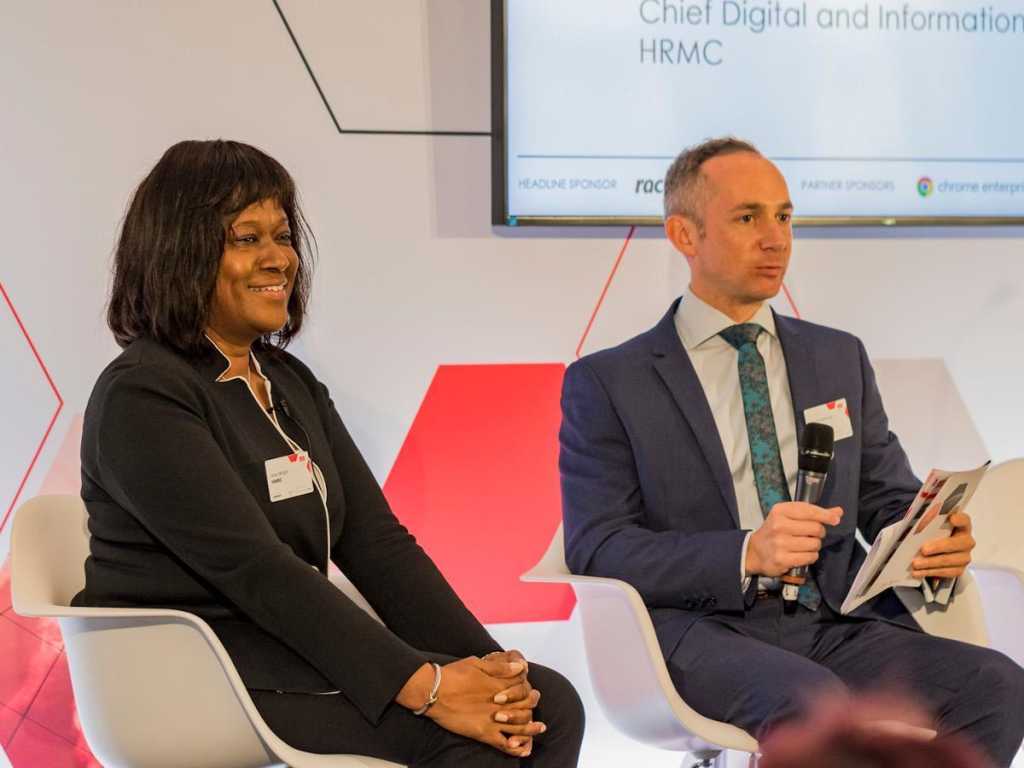 Wright took part in a Q&A at the 2019 CIO Summit with CIO UK Editor Edward Qualtrough in London last month, discussing HMRC’s transformation initiatives during her two-year tenure in Whitehall. It had been confirmed the previous day that Wright would be rejoining Microsoft as its Chief Digital Officer following her secondment to one of the biggest jobs in UK technology.

“The cultural element is by far the biggest opportunity and biggest challenge,” Wright said. “We also did not have collaboration tools readily available. As someone who has been collaborating for quite a long time this was an absolute priority for me, and rolling those out really was a big game changer for our people.”

As a government behemoth with employees having an average tenure of 27 years, its ways of working stemmed from quite a traditional structure.

This meant assigning leaders to different areas of the business, such as customer services and policy departments which each had an individual leader.

“We’re talking about every organisation being a technology organisation, and as such my job is to make sure my team helps the organisation understand the art of what’s possible,” Wright explained.

Wright’s team had the responsibility to identify what the future of customer service looked like with the inclusion of cognitive services and chatbots.

According to Wright it was not uncommon at HMRC to default to a format of always following the direction of the most senior person, and the Chief Digital and Information Officer looked to empower others in her sphere of influence.

“We had to root that out and in order to do that, I had to not be directive but be more of an adaptive and a probing leader,” she added. “So asking questions versus giving the instructions and that was interesting for people.

“The key is to help people think versus telling them what to do, and then trying to help folks understand that you too can participate and become a more inclusive organisation.”

Wright said that newer employees requested change, while employees that were not necessarily familiar with the new ways of working requested training and guidance.

“I had to make a decision in terms of saying we’re going to partly put it out there, but at the same time have some of those younger folks be part of the digital ambassador programme, train and reverse mentor,” she said.

As expected, government faced challenges in its transformation journey. The challenges included making sure data ethics was at the forefront of everything, while also driving technology, standards and building partnerships with other organisations and countries on everything from security to data sharing.

Wright highlighted the importance of having the right leadership in place to ensure this process runs smoothly. “For me, it’s been a fine balance, but at the same time getting buy-in from the leadership team has been probably the best way I’ve been able to make sure that it happens..

Wright gave some advice to fellow CIOs to consider the cultural environment of their organisations.

“When it comes to your teams, I think you need to think about who you are as a leader,” she said. “One, be self-aware and understand how you lead, understand your development and blind spots.

“For me, communication is key so I need to make sure I focus on communication. Then understand that the people that you want around you all have to be better than you in some way, shape or form.”