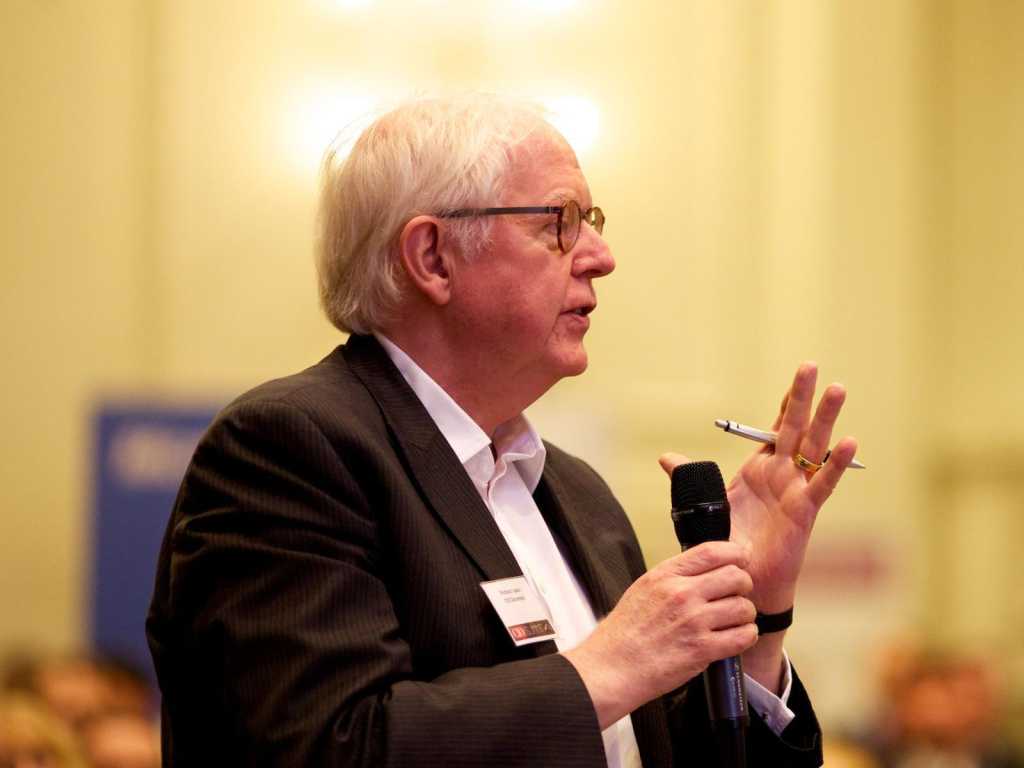 Dr Richard Sykes, who died suddenly in September, always had his eye on the future. Described by observers as the UK’s first Chief Information Officer, Sykes had a vision for how the implementation of technology could transform business. He also brought his commercial expertise and sound business thinking to the arts world, of which he was a passionate supporter. Throughout a long career, Sykes helped business leaders, technologists, and artists to flourish.

Sykes, a Cambridge chemistry graduate, joined chemicals manufacturing business ICI in 1973. He held a number of business leadership roles within ICI, prior to being appointed Group Vice President IT and CIO in October 1993. His appointment as head of IT would shape his outlook for the rest of his career and arguably redefine UK IT leadership in business.

Sykes worked for more than three years in Japan with ICI before becoming CIO. This time shaped his view of the importance of technology in organisations, building on an earlier experience when he met Shoichi Saba, chairman of electronics giant Toshiba and non-executive director of ICI. As Sykes wrote, during his time as my columnist for CIO magazine: “I asked Saba to contrast the work of the Toshiba board with that of the ICI board. A brisk, clear answer came back. The Toshiba board spent at least half its time on issues related to the competitiveness of Toshiba’s technology; the ICI board spent most of its time on the ICI share price and relations with the City.” Sykes returned to the UK with a long-lasting passion for Japan and at our regular editorial meetings in his home in North London, he would greet us in a traditional Hanten Japanese house coat.

As Global CIO, Sykes was, first and foremost, a business leader with the task of managing IT. His focus was always how IT could be instrumental in the operations of a business. Sykes would remain a member of the technology industry for the rest of his working life. Following a long career with ICI he became chairman of Morgan Chambers plc, which at the time was Europe’s largest IT, business processing, and outsourcing consultancy. Morgan Chambers would eventually, via acquisitions, become part of KPMG.

Sykes would go on to become non-executive Chairman with several technology companies that were innovating web-based services in a variety of markets. This in turn led to his becoming a board member of the UK technology trade association, TechUK; and becoming Chairman of the Cloud Industry Forum (CIF). He was also a Director of Eurocloud UK.

His wide lens on how technology was reshaping business made Sykes an insightful writer for CIO magazine; in total he wrote 84 articles CIO UK in his Leading CIOs column. He was an astute judge for the UK Cloud Awards and a respected CIO 100 panellist, and a sought-after speaker at ICT industry events.

His leadership experience was channelled beyond business technology management into his passion for the arts. Sykes was instrumental in creating a cultural wave of interest on the South East coast of England and played a major role in saving the De La Warr Pavilion in Bexhill-on-Sea, East Sussex.

“Richard’s gentle but bullish approach made people believe. He had a generosity of spirit and commitment,” says Stewart Drew, Director of the De La Warr Pavilion. The modernist arts centre was saved from becoming a Wetherspoons pub by Sykes’ vision of the Arts Council and cash-strapped local authorities working together. This led to the De La Warr becoming a charity in 2003, with Sykes as the initial Chair. Drew adds that Sykes brought not only passion, but he delivered on the promises he made. “He was an extraordinary man, who was very involved with the community engagement to build the De La Warr Pavilion into a symbol of this area. That has led to the cultural and arts developments in Hastings and Margate, which the Pavilion pioneered. Thanks to Richard we now have a network of cultural institutions,” Drew says.  Today the Pavilion counts itself as important to the South East coast as the Baltic Centre is to the North East.

For six years Sykes also chaired the Trustees at Cubitt Artists in London for six years. More recently he became a Trustee of the Dartington International Summer School Foundation in Devon, a position which he held at the time of his death.

“Everywhere you go in the arts world you hear Richard’s name and it is a form of welcoming passport. When you run an organisation like the De La Warr you want your board members to be inviting people into this world,” Drew adds.

Sykes’ education began at Woodcote House, north of Woking where he was born. The family moved to Essex and he continued his education at Felsted School, where many of the tutors had been Cambridge students. Although the son of an Oxford graduate, Sykes remained in East Anglia and read natural sciences, specialising in chemistry, at Clare College, Cambridge.

At Clare, Sykes was an active member of the Student European Society and was involved in bringing 150 students to Cambridge for a week long series of debates and lectures in Easter 1967. It was the height of the Cold War and many of the students were from behind the Iron Curtain.

At the time of his graduation from Cambridge in 1967, Sykes was awarded a two-year Clare Mellon Fellowship to Yale University in the United States. He went on to obtain his PhD there in 1972 in biosynthetic chemistry. His early exposure to computing, as part of his work in physics and chemistry at Cambridge, facilitated his use of computing for the Fourier transform signal enhancement he used to complete the analysis for his PhD. Having discovered that the Department of Computer Science had developed an early version of word processing, he used this to type the whole of his doctoral thesis.

Prior to returning to the UK to join ICI, Sykes spent two years working with the American consumer advocate Ralph Nader.

By Mark Chillingworth and Penny Mason