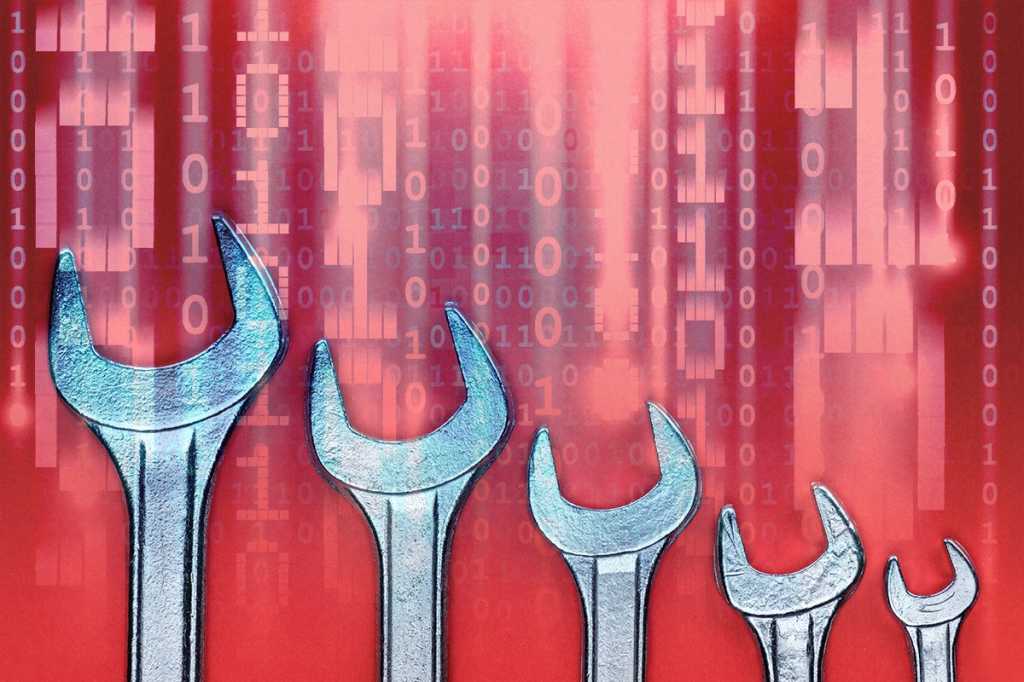 Enterprise architecture systems haven’t always been essential. In the 1940s, Thomas Watson Jr., one of the leaders of International Business Machines, supposedly said, “I think there is a world market for about five computers.” No one needs custom software to track a list that short.

The modern enterprise, however, is much different. Some employees have more than five computers on their desk alone. Even a small organization may have thousands of machines; some can easily have more than a million. That’s before the sensors and smart gadgets that make up the internet of things are taken into account. Enterprise architecture (EA) systems track all these machines and the software that runs on them — not to mention how these software layers interact. Because of this, EA tools are the single source of truth for managing these burgeoning virtual worlds.

The state of the EA tool market

The EA marketplace is robust with more than several dozen serious competitors. Some specialize in particular platforms or clouds. Others offer deeper integration with business intelligence and business process management software. Some began life as generic modeling software; others were purpose-built for enterprise architecture. All compile long lists of machines and offer various tabular and graphical dashboards for tracking them.

EA systems gather device and software information in a number of ways. The most manual process involves asking stakeholders and developers to fill out forms detailing who owns what machines. The most automated tools log into a company’s clouds directly, counting the machines themselves. Most use a hybrid of these approaches. Some offer drag-and-drop widgets so that developers, architects, and managers can create a model of all the machines, the software those machines run, and how the data flows from one machine to another.

Everyone from the CIO to the rapid-response team can use the charts and graphs from an EA dashboard to look up processes and track the flow of data. Some want to watch for bad machines or overloaded pipelines. They can repair problems by following a cascade of failure. Others want to plan for the future by finding bottlenecks or shortcuts. All rely on the data in the system as a springboard for making quick decisions.

Many of the tools use ArchiMate, an open modeling standard designed to capture much of the complexity of enterprise architecture. It’s built to work closely with the TOGAF open framework. The views and visualizations are created in a manner similar to that of UML (Unified Modeling Language), another generalized approach for visualizing design.

An important consideration is the level of integration with the type of software in your local stack. All of the EA tools support big collections of modules that can gather data from particular clouds or operating systems but some support various clouds and operating systems better than others. Some specialize in particular corners of the computing world.

Choosing the best solution for your office means looking at the amount of integration with your particular stack and then weighing the usefulness of the charts and tables that the software produces. Following is an overview, in alphabetical order, of the top enterprise architecture platforms available today.

Ardoq is designed to collect information from a wide variety of users, developers, and stakeholders throughout the enterprise with a collection of simplified forms. The goal is to engage people who understand the roles of various systems. This data creates a more “democratic” opportunity for everyone to use the visualizations of the network and data flows to support and modernize the systems supporting their roles. The tool offers integrations with the major clouds and an API that’s open to customization through all major languages (Python, C#, Java, etc.).

Avolution’s main tool, Abacus, offers a collection of data gathering integration routines that build a diagram-driven dashboard. The core integrations with office tools such as SharePoint, Excel, Visio, Google Sheets, Technopedia, and ServiceNow simplify usage for workflows that use them. The tool began adding a machine-learning layer recently and now users can experiment with training a model that can help answer questions like which staff member is responsible for a particular system.

BOC Group’s ADOIT is a wide-open tool that maps each system or software package to an object. Data flows between the systems are turned into relationships captured by the objects using a metamodel that can be customized. Business processes are also modeled similarly by a companion product, ADONIS, that is well-integrated. The web-based tool is also integrated with tools such as Atlassian’s Confluence for faster data capture and evolution.

The main tool from BiZZdesign is called HoriZZon, which offers a graph-based model for collecting data from all stakeholders so its analytics engine can generate charts illustrating the current state of the system. Managing change and planning for the future is a big emphasis for BiZZdesign and HoriZZon is designed to help manage the risk of redesign. The tool set supports major standards such as ArchiMate, TOGAF, and BPMN.

Jalapeno from Capsifi creates business models in its cloud-based platform. The goal is not just capturing the workflow in a model but enabling leadership to understand enough to drive a transformation through innovation. The software allows users to knit together modeling concepts such as “customer journeys” or “value stream” and to integrate this with data gathered from tools such as Jira. This data can yield metrics reported through a collection of charts and gauges designed to measure progress or “burndown.”

Clausmark’s flagship product Bee360 (formerly known as Bee4IT) is designed to offer a simple source of truth about a business’s workflow so that many roles can make smarter decisions. The system also offers the ability to track and allocate costs with Bee360 FM (financial management).

The Essential package from Enterprise Architecture Solutions began as an open source project and evolved into a commercially-available cloud solution. It creates a metamodel describing the interactions between systems and business processes. The commercial version includes packages for tracking some common business workflows such as data management or GDPR compliance.

The LeanIX collection of tools includes an Enterprise Architecture Suite and also several other tools such as Cloud Intelligence and Service Intelligence for tracking cloud deployments and the services that run on them. Together, they collect data on your IT infrastructure and present it in its Fact Sheet model, a straightforward delivery mechanism for essential information. The tool is tightly integrated with several major cloud workflow tools, including Confluence, Jira, Signavio, and Lucidchart, an advantage for teams that are already using these to plan and execute development strategies.

Mega built the Hopex platform to support modeling enterprise applications while understanding the business workflows they support. Data governance and risk management are a big part of the equation. The tool is built on Azure and relies on a collection of open standards, including GraphQL and REST queries, to gather information from component systems. Reporting is integrated with Microsoft’s Office tools as well as graphical solutions such as Tableau and Qllk.

Orbus built its iServer tools on the Microsoft stack and its product will be familiar and usable to any team that’s tightly aligned with Microsoft’s tools. Reports emerge in Microsoft Word. The data is formatted for Excel. Everything runs well on Azure. The tools aren’t limited to Microsoft environments because its collection of modules support the dominant, open standards for integration to gather data.

Planview offers a constellation of products for tracking teamwork, processes, and enterprise architecture. Its Enterprise One creates portfolios of machines and software layers that deliver role-based views for managers and team members. The tool is integrated with common ticket-tracking systems such as Jira for creating workflow analytics and reporting. Planview also offers similar tools such as Daptiv, Barometer, and Projectplace for tracking business workflows and processes as they evolve.

The Enterprise Architecture tool from QualiWare is part of a broad collection of modeling tools aimed at capturing all business processes. It offers a clean slate for building a digital twin that can document just how a customer’s journey progresses. The company is integrating various artificial intelligence algorithms to enhance both documentation and process discovery.

Quest’s Erwin Evolve tool began life as a data modeling system and grew to offer enterprise architecture and business process modeling. Teams can use customized data structures to capture the complexity of modern, interlocking software systems and the business workflows that they manage. The web-based tool creates models that generate role-based graphs and other visualizations that form dashboards for all team members. These can also be converted into regular reports for distribution.

Alfabet is one of a large collection of products for managing APIs, cloud computing, and applications supporting devices from the internet of things. The system gathers information from a variety of interfaces and produces hundreds if not thousands of potential reports filled with lifecycle maps, charts, rankings, and geographic coordinates. While traditionally Software AG offers tools such as ADABAS that are closely aligned with IBM’s offerings, Alfabet offers tight integration with all major platforms, including collaboration spaces such as Microsoft Teams. its latest version will include an audible option, Alfabot, that delivers a “conversational user interface (CUI).”

Sparx created four levels of its tool so that teams of various sizes can tackle projects of various sizes and complexity. All offer UML-based modeling that tracks the various parts of increasingly complex systems. A simulation engine enables war gaming and understanding how failure can propagate and cascade, an essential part of disaster planning. Sparx recognizes that models can be built for a variety of reasons from pure analysis, software development, or strategic planning, and they’ve provided hundreds of potential pre-built design patterns to guide modeling.

One of the latest offerings from Unicom’s TeamBlue is System Architect, a tool that uses a metamodel to gather as much data about the running systems automatically, sometimes through reverse engineering the data flows. This systemwide data model can be presented in user-customizable dashboards for team members of all roles. Forward-looking managers can also start simulations to help optimize resource allocation.

ValueBlue’s BlueDolphin gathers data in three ways. First, it depends on standards-driven automation (ITSM, SAM) to import basic data. Second, it works with architects and systems designers in file formats such as ArchiMate or BPMN. Finally, it surveys other stakeholders with questionnaires driven by customizable templates. All of this is delivered in a visual environment that tracks the historical evolution of systems.