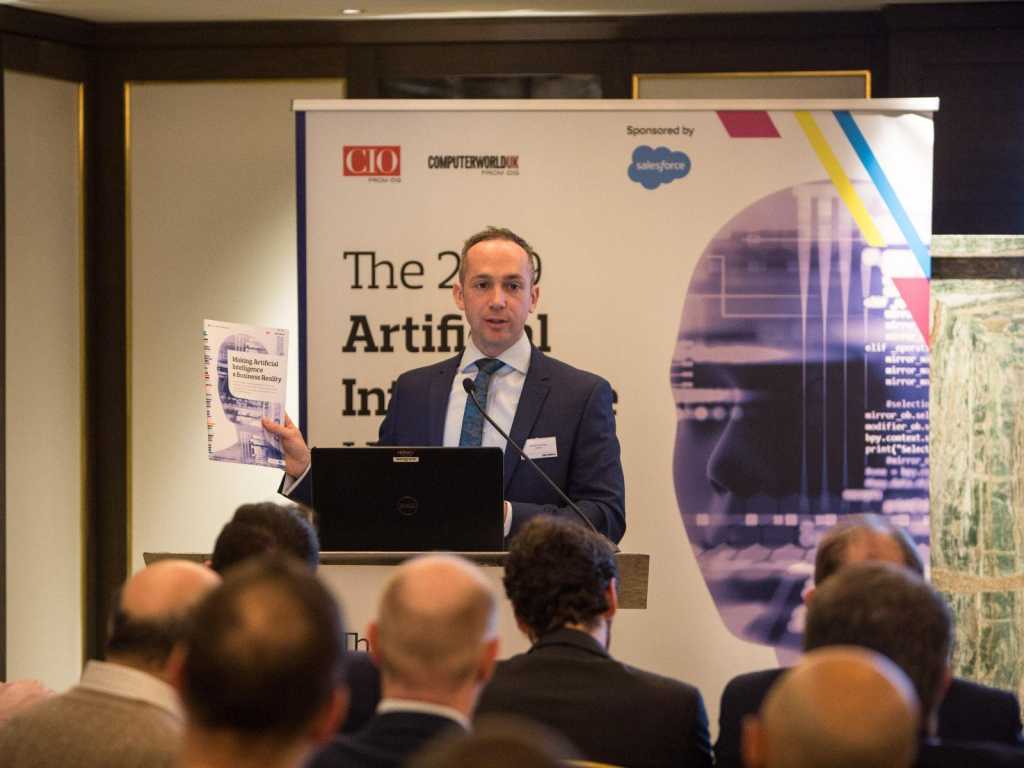 Digesting CIO UK‘s recent AI Summit and the launch of its Making Artificial Intelligence a Business Reality report, Bradbury and Murtada spoke about making the business case for AI initiatives, and why your organisation probably doesn’t need an AI strategy.

A keynote speaker at the event, Murtada said that AI in its simplest form was a form of cheap prediction, and within that framework he gave CIOs a starting point from where they could identify areas in which artificial intelligence capabilities could be utilised.

The business and economics of AI

“However you go about implementing AI it needs to be business-led; you don’t drive it from the IT side without having the proper engagement and it actually being driven by the business,” he said.

A member of the CIO steering group for the Making Artificial Intelligence a Business Reality report, Bradbury agreed that technology executives should be thinking about business problems before they consider technology solutions.

“AI is as big as the invention of the wheel,” Bradbury said. “But not having an AI strategy is probably preferable at this point.

“Don’t try to build an AI strategy – that will result in a technology-led approach to either a business or user problem.”

Referencing Murtada’s talk at the AI Summit about the economics of artificial intelligence, Bradbury recommended prioritising what will eventually feed your AI algorithms.

“I guess the main pearl of wisdom that I would have is, if you want to focus on a strategy then first get your data strategy right.”

Both Murtada and Bradbury reflected on academic and lawyer Professor Lokke Moerel’s talk at the AI Summit about Ethics in the Age of AI.

Murtada said: “Organisations need to be conscious of AI ethics, and start to drive their internal practices in their organisational structures, to make sure at the very grassroots that ethics is being implemented by design. It’s very subtle, but it’s extremely important and exceptionally impactful.”

Bradbury echoed Murtada’s sentiments, and recommended engaging in board-level discussions about the good and bad of AI.

“In any organisation, a CIO or CTO’s job is very much to help educate, guide and counsel the rest of the board as to good decision making around technology,” Bradbury said.

“And with AI in particular, because we as a community have a responsibility in that we understand probably better than most what this technology can do. And just because we can do something doesn’t mean that we should do something.

“We do have a responsibility to work with the rest of the board to make sure that we don’t do things that are illegal, immoral, or fundamentally think that we just we feel are wrong.”