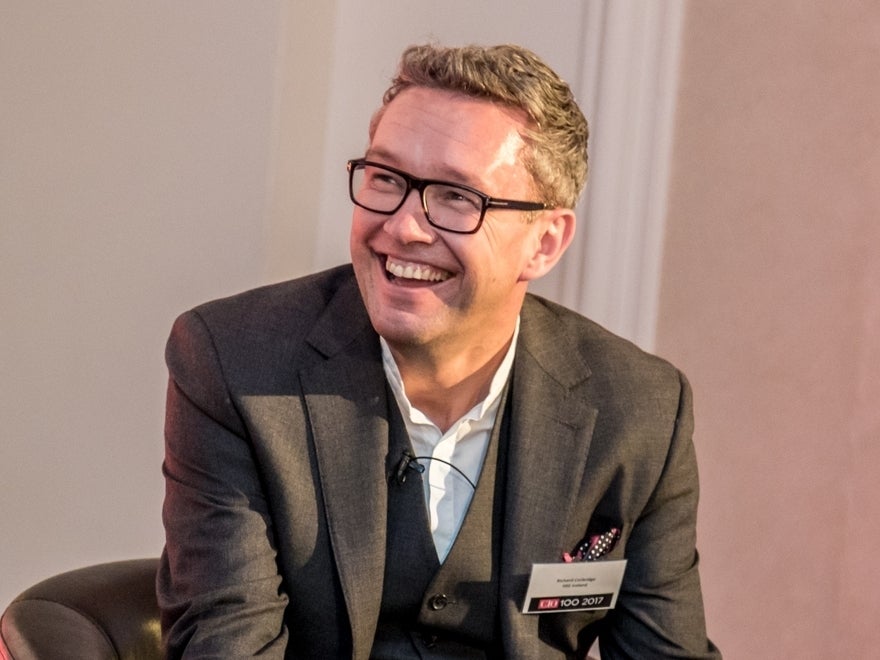 CIO 100 leader Richard Corbridge urged CIOs to become front of house, be prepared to be famous and lead the charge after being named at the front of the field in the 2017 CIO 100.

Corbridge became CIO at Ireland’s Health Service Executive, with a dual role as CEO of eHealth Ireland at the end of 2014, when the Irish healthcare system was said to be 16 years behind the digital curve for health in Europe. With the help of the initiatives from Corbridge and his team at the Irish health service, much of this has been addressed and Corbridge now has the ambition to be have one of the most digitally advanced and supported healthcare systems in the world by the end of 2018, and be ready for a full country-wide Electronic Health Record.

“The reputation of ‘digital’ in health in Ireland has improved in leaps and bounds,” Corbridge said. “A CIO can only be successful if the team around them believe in the vision, want to succeed with the CIO, and have a joint sense of purpose.

“Ireland strives to use digital as one of several catalysts to reform the health system, to build a better health service for the people of Ireland; one that places every patient at the centre of delivering not healthcare but life, after all the public simply wants to know that if they are ill, a system is there to make them better.”

eReferrals and a digital hospital

In 2016 HSE Ireland introduced the ability for GPs to digitally refer a patient from their practice to an acute hospital – a process which would previously take 10 days and touch around 16 pairs of hands between GP and a decision-making clinician in a hospital. Some 110,000 referrals moved from letter, envelope and stamp to digital in 2016, while the organisation also helped transform one of the busiest maternity hospitals in the EU into Ireland’s first “fully digital hospital”.

Corbridge has procured from large multinationals and formed partnerships with startups and SMEs, rolled out Office 365 to over 47,000 staff who previously had no ability to log on to corporate IT, and delivered a Health Innovation Week to demonstrate to the public and politicians the way innovation can transform their health care system.

The former CIO at the Clinical Research Network, an NHS organisation which is part of the National Institute for Health Research, said that cultural change had now been embedded in the Irish NHS equivalent – and that bringing the public and patient on the same journey HSE Ireland had taken was a crucial part of changing the way healthcare is delivered.

Corbridge, acknowledged that the role of the CIO was changing at a similar pace to the broader technology, digital, IT and innovation landscape. However, this provides a huge opportunity for CIOs and Corbridge urged his peers to get ready to be at the vanguard of change and transformation.

“The pace of change is so often compared to the arrival of the smartphone and the impact it has had on everyday life,” he said. “I believe the role of the CIO is changing at a similar pace, and that a CIO in 2017 has a wider impact than ever before.

“In Ireland we have placed ‘the man on the 49 bus’, at the centre of what we are trying to do – for me this is a CIO in a digital role at last having a direct impact on customers, and while we need a better word than customers in health we certainly need to treat our patients and clinicians as decision-making customers if we are to truly disrupt the way healthcare is provided through digital solutions.

“The key skill of a CIO beyond 2017 I think has to be the ability to engage. A CIO needs to be prepared to be front of house, to be ‘famous’, to lead the charge and to take their organisation on a journey – ensuring that the journey isn’t just a common destination but a common route to get there. I think that is the key skill of a CIO now and in the future.”