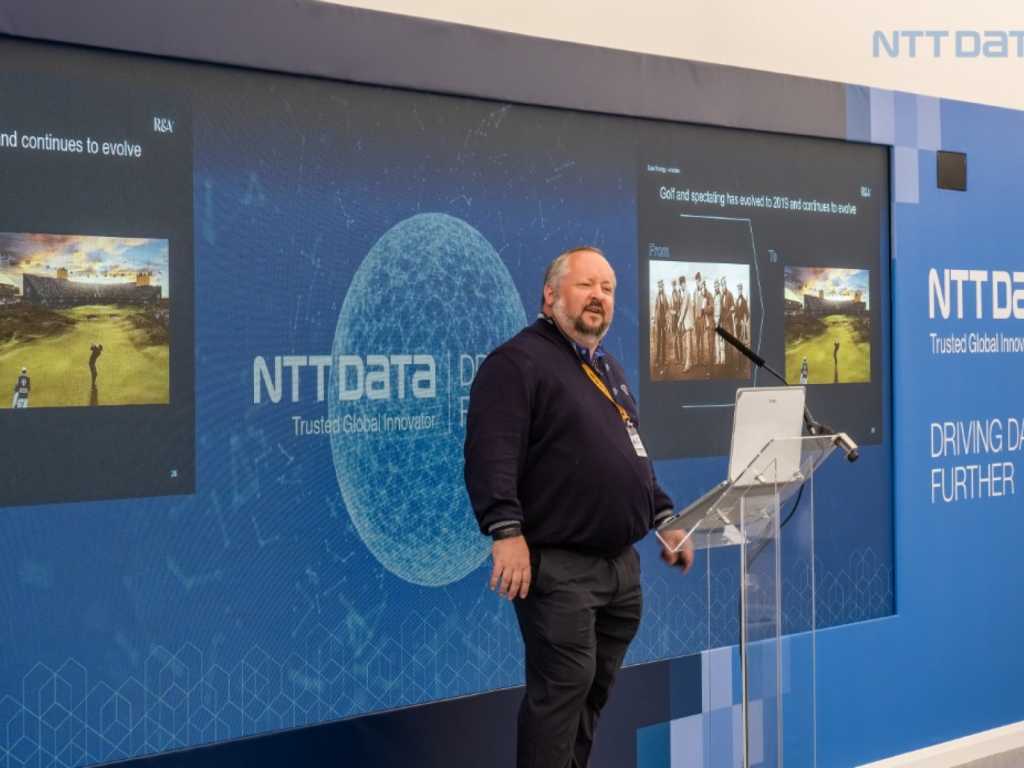 The R&A is the ruling authority of golf throughout the world except in North America. It jointly determines the rules of golf with the United States Golf Association (USGA), tests new developments in golf technology, and analyses equipment to ensure it conforms to the rules and organises The Open, golf’s oldest Major championship.

These functions create a varied mix of responsibilities for R&A CTO Steve Otto.

The rules department he helps run includes an Equipment Standard division that assesses new developments in golf technology in a state-of-the-art testing centre in Allan Robertson House at Kingsbarns Links, a course by the eastern coast of Scotland.

The facility is named after Alan Robertson, one of the first professional golfers and the world’s premier ball and club maker in the mid-eighteenth century, renowned for his handcrafted feather-stuffed leather golf balls.

These days his eponymous test centre analyses 900 golf balls per annum using cannons, missile tracking technology and robots that hit them 300 yards across a driving range. The data helps the R&D understand how power is generated, the effect of different swing techniques and the influence of different balls and clubs.

It provides a deep level of insights that help determine the rules of golf, but Otto admits that sometimes the technology is no substitute for a human.

“What we do is we take someone like [former Open champion] Padraig Harrington as one of our ambassadors to come in and hit shots for us, and we then get the robot to replicate his clubhead trajectory and look at what might happen if he changed this or changed that,” he says.

Data at the Open

The Open is another place where data plays a huge role in the R&A’s work. It helps the organisation pick the players whose drivers are tested, guide the layout of the course, determine the draw and optimise tee-off teams so primetime audiences can view Tiger Woods in the USA or Rory McIlory in the UK, for example.

The R&A also uses technology to enhance the fan experience at the course. Kilometres of cables and around 600 wireless access points cover the course to keep fans connected throughout the event.

This connectivity allows the R&A to collect data through The Open’s website, app and membership community the One Club, which can help the organisation communicate, monitor and influence fans.

“A lady came up to me and asked where the toilets were. I was able to help her by getting her to download the app, thereby giving us data and pointing out how to route her way to the toilets,” says Otto. “Fantastic. I could have just pointed they were over there, but far better to get one more user on the system. It’s all about adding value.”

Read next: Arsenal IT Director Christelle Heikkila explains the role of data in football

Data also helps the R&A enhance the fan experience at The Open. The organisation has teamed up with IT consultancy firm NTT DATA to erect an enormous screen known as “the Wall” in the spectator village on the site, where it displays streams of real-time game data.

The NTT DATA Wall is made up of hundreds of screens connected by 2.5km of wiring encased in an aluminium and steel structure. Data recorded on the course is analysed in the cloud and then transmitted to the screen to provide insights into the action, while cameras and microphones assess the emotion of fans to find out what they want to see, and video-analysing AI creates automated highlights.

NTT DATA UK also assists the R&A to comply with its GDPR compliance efforts and its experiment with different technologies such as targeted marketing on the site.

“We don’t need to be experts, we need to know experts,” says Otto. “It’s understanding how we can go from the current technology to 5G and make sure we hit the ground running, rather than always trying to catch up with these things.”