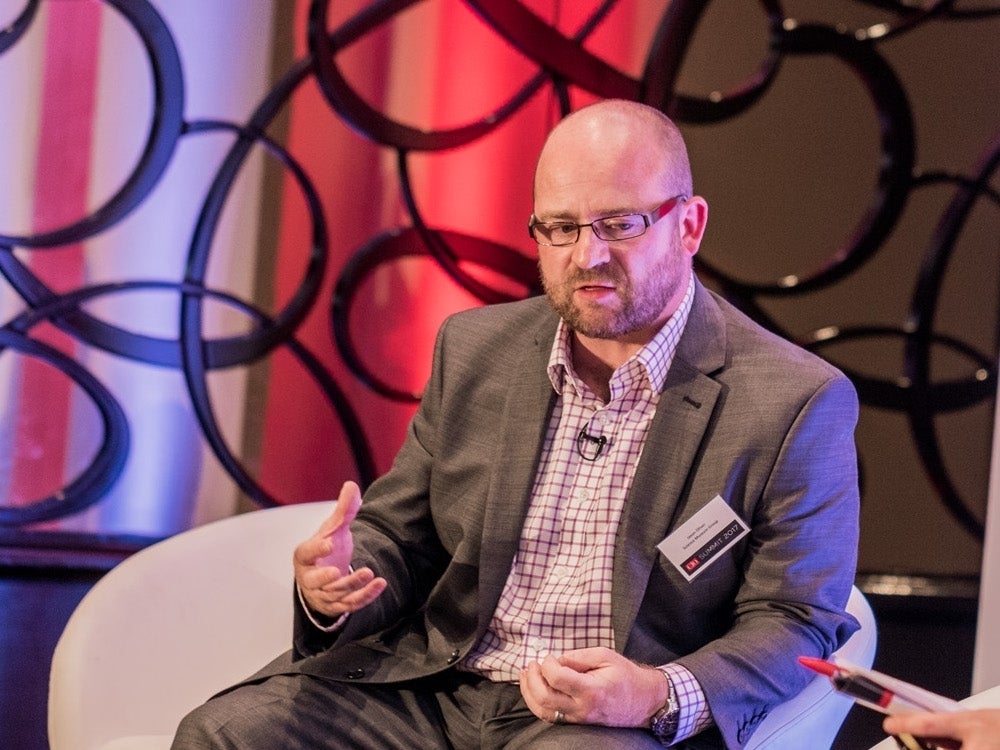 Science Museum Group Director of ICT Jason Oliver has transformed the IT department at one of the most visited museums in the world, by implementing new reporting lines, software and exploring emerging tech to enhance the experience for millions of its visitors in London and beyond.

Oliver, who joined Science Museum Group in July 2015 having previously been at the Royal Opera House, was discussing the organisation’s journey at the 2017 CIO Summit in London.

Science Museum Group – which includes five national museums across the UK – was suffering from ageing technology infrastructures and a lack of strategic investment, Oliver said.

Tasked with bringing technology to the forefront of the organisation, Oliver set about reasserting the role of IT, starting with his immediate team.

“The team had been hamstrung for a number of years,” Oliver said. “They had historically reported into HR, which was unusual and until my job was made as Director of ICT, there had been no strategic investment in technology for around eight to nine years.”

Oliver reshuffled the existing department, creating dedicated roles with both IT and businesses strategies in mind.

“I realised very quickly we needed to completely rebuild the foundations. We had an overriding idea that we wanted there to be a ‘groupness’ to everything we were doing,” he explained.

The 2017 CIO 100 member created four different teams, and appointed new heads of department, including a head of business engagement and intelligence, a project management office, a head of design and architecture, and a head of technology operations.

“By creating those four teams it allowed works to transition through naturally, with people having different responsibilities for doing different things at different parts of the life cycle,” Oliver said.

“It started by creating an engagement and intelligence department and the role of that team is to actually get out into the wider business, to listen to what the stakeholders are saying.

To turn that information into meaningful insights, Oliver created a ‘demand system’ that lets departments across the entire organisation log initiatives or ideas that they want to do.

“Once a demand is created we’ve got a design and architecture team, and it’s their job to actually look at that demand and look at what do we have and where do we want this to be. What do we want this to look like over a period of time? And actually start documenting, drawing that out and looking at the steps that will be needed.

“We also created a project management office, we’d never had any project documentation with no product governance and actually no project managers at that time. Then, finally, we added an ops function.

Oliver’s remit – which includes the National Science and Media Museum in Bradford, National Railway Museum in York and Museum of Science and Industry in Manchester – means that he is responsible for five separate technology stacks.

“We looked to create a data centre and have everybody connected into that data centre,” Oliver said. “So we put new LANs (local area networks), highly resilient, high-performance LANs in each of the five national museums.

“We built a new high-performance WAN (wide area network), which connected into a data centre but connected to each of the museums as well.”

“Our infrastructure was really creaking in regards to storage,” he said. “So, we shipped all of our images, collections and objects into AWS and that gave us the ability to exponentially scale as we needed to.

“By building these new networks and infrastructure, it meant we had to have a whole new approach to security. Security was collapsed back to the perimeter of the data centre.

“The biggest threat to us, certainly on the research side of things, could come from internal threats. So we had to look at, how do we protect, how do we control, how do we manage the data that sits within our perimeter? How do we observe the use of behaviour and see what’s not normal? Because we’ve just never had the toolset to do that historically.”

With the internal infrastructures refreshed and new roles defined, Oliver described the Science Museum’s next move, to start adding value.

“Now, as a major education establishment and a STEM ambassadors for the whole of the North of England, we have a responsibility to actually be serving up content,” Oliver said.

“So, we’re moving out of our current archive building and moving into a state of the art storage facility in Wiltshire. As a part of that, we’re putting together an automation process, which will allow us to digitise the objects as they’re about to be decanted and add curation data to that object.

“As both elements come together there’ll be an automation workflow and an ESB tool at the middle, which will be taken that data and transforming that data and moving into our collection systems in AWS.”

“We built an open source search function around our collections environments, which comes down into three different systems and then surface that content out. So, this has got to be rapid data capture.

“We’re looking at digitising 320,000 objects over the next two and a half years. So, working that out, we have about 10 minutes per object to get the image, or however many different images we might want.

“This isn’t a consistent process. We have dust from the moon and spaceships. There’s not a one size fits all for this.”

The visitor experience is a major priority for Oliver. And emerging tech throws up some interesting methods of enhancing it and bringing people back through the doors.

“I’m watching augmented reality very closely,” he said. “The thought of having digitised these 320,000 objects and be able to walk into a blank space and actually create a gallery from our digital objects without actually having to pick them up, transport them to a location set up and build the gallery, to be able to do that digitally using AR technology could save us millions of pounds and also give us the chance to be really creative and to do things that are even more inspiring. That’s really important to us.”

Oliver went on to discuss innovation within the information desk.

“On any given day in the Science Museum, certainly in the summer, we could have up to 17,000 people come in through the door,” he said. “Of those people, there’ll be hundreds of different language spoke.

“So, the thought is that our staff on the information desk could be able to converse with those people and give them the right information all the time.

“Using natural language recognition, we could have a virtual box and virtual people, where people could go up, start talking in their native language and actually have this virtual person talk back to them and give them that advice.

“That could be really good for our visitors and their experience.”