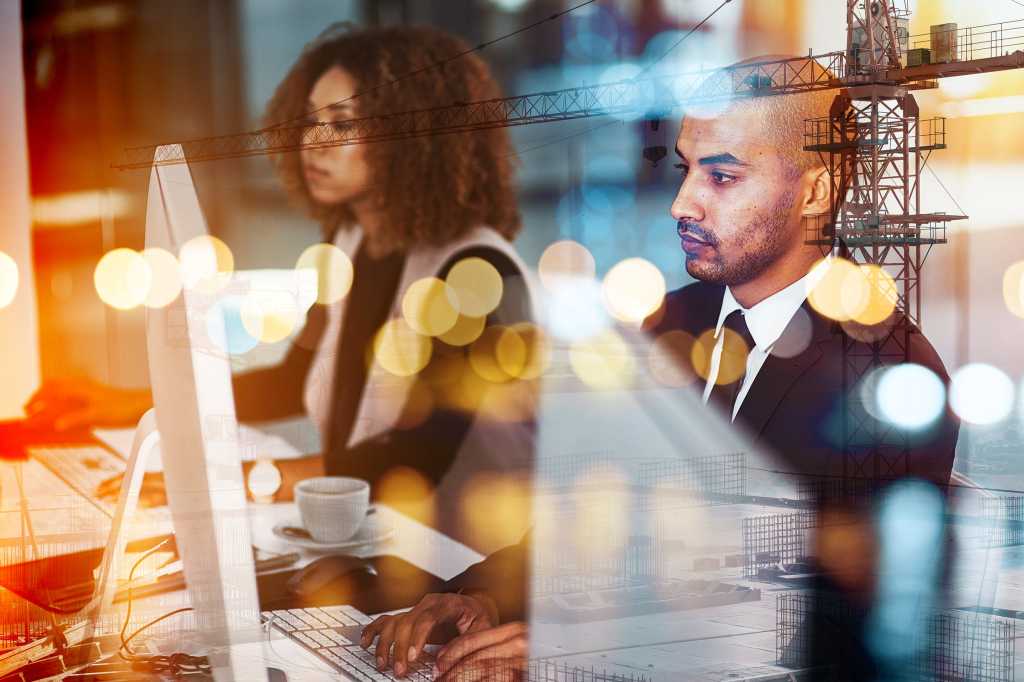 The high demand for software developers has programming talent in short supply. And yet the seemingly insatiable need for new applications remains. How is an organization to cope with this gap?

According to the U.S. Bureau of Labor Statistics (BLS), employment of software developers is predicted to grow 21 percent from 2018 to 2028 — far faster than the average rate for occupations overall.

Given the rising demand and the strain that is causing on the workforce, as well as at individual enterprises, the concept of the “citizen developer” is appealing to organizations in a variety of industries.

Citizen developers are end users who create applications from a corporate code base, system, or structure. They are typically not professional developers, but other professionals who leverage available tools that require little coding skills to build applications that developers would otherwise need to code from the ground up.

“It’s basically the evolution of agile development; putting more and more control into the hands of the end users to run at their pace with their needs,” says Gary Kern, CIO at banking company MutualBank.

The main benefit of citizen developers for IT is that it enables self-service business innovation, which “democratizes” business transformation, says Jason Wong, vice president, research and advisory, at Gartner. “And for the business units themselves, they see greater agility and workforce productivity, which are key to digital dexterity.”

Citizen development or citizen IT, what Gartner describes as a subset of “business-led IT” driven by end users who are not technical professionals, is becoming increasingly more common in areas such as application development, data science, and application integration, the firm says.

In a report published in October 2019, Gartner noted that business-led IT is usually a collaborative effort between business and IT where appropriate standards and policies are applied, even if the role of the IT organization can vary significantly. The firm predicts that by 2023 the number of active citizen developers at large enterprises will be at least four times the number of professional developers.

“Virtually any end-user can be a citizen developer, given the right situation and enablement,” according to the Gartner report. “Therefore, application leaders must involve citizen development as part of their future of apps strategy.”

So how can organizations best leverage these emerging development resources? Here are some tips from practitioners and experts.

Without knowing your organization’s overall goals and keeping these in mind, leveraging citizen developers to create new applications can go off the rails fairly quickly.

“The true value [of using citizen developers] is in better identifying what specifically the business requirements are and how they see them fulfilled,” Kern says.

Once those requirements are determined, start off citizen development projects on a limited basis to avoid critical failures that can hurt the business or disrupt processes.

“I think initially the expectation should be created that the citizen programmers are working on a ‘prototype,’ not an end product,” Kern says. If a development effort is for a limited-use or “standalone” application, there can be more flexibility with regard to how much the application needs to be tested. But even in these cases IT should still provide help with quality assurance reviews, he says.

Vet for skills fit and mentor

The concept of citizen development does not assume that anyone within the organization can immediately begin creating applications.

It’s important to identify individuals who possess the right skills — even if they are not programming skills. “The individual’s current role should not be the overwhelming driver,” says Bill Balint, CIO at Indiana University of Pennsylvania. “Candidates need good communication skills, [must] be flexible and versatile and, most importantly, capable of handling ongoing change.”

Indiana University of Pennsylvania has designated application administrators working outside of the IT department, who make many of the decisions about how an application is operated and secured in partnership with IT. The university also leverages “power users” who help IT with getting work done, “because so many times there are unplanned, ad-hoc IT needs that are safe to perform outside of IT,” Balint says. “Empowering offices to address these on their own can add speed and efficiency to obtaining results.”

The university’s experience is that outstanding internal mentoring is a key to getting optimal results with changing duties, such as when someone is called to develop software when this has not previously been a responsibility.

“Get the transitioning staff member comfortable with the culture surrounding their new role, familiar with the key stakeholders, and even a bit of the long-term expectations for their performance before worrying too much about their productivity,” Balint says. “Throwing a bunch of formal training at someone right off the bat without local context or comfort is sometimes not as effective.”

It’s vital that citizen developers not be left on an “island,” Balint says. “IT must know what is being done and if any single points of failure are being created if the person leaves or is unavailable,” he says. “No matter who develops something, core business activities must follow core business standards.”

Asking people to be citizen developers and then providing them with tools that are too complex for them to use is a waste of time and can result in low-quality software. Citizen developers often lack the proper tools and supportive environment needed to achieve quality results, which might cause them to revert to “shadow IT” practices, Wong says.

To help select the correct tools, it’s a good idea to have experienced developers in the organization try them out before handing them over to citizen developers for project work.

“You must involve the developers who are currently supporting the company,” says John Walker, IT director at transportation and logistics company H&M Bay. “They must see that these tools can handle some of what is on their to-do list, and they must believe they are much easier to use than what IT is using.”

Walker recommends leveraging resources such as Gartner’s evaluations of vendor offerings. “Then due to the importance of this effort, I would look at and rate the top four to six tools,” he says. “I would involve multiple developers and strong business people in the selection process.”

But even deploying tools that are easier to use does not guarantee that everyone will become a good developer overnight. Ask professional developers to identify the “power users” in the organization, Walker says. “These are the end users that get how the systems are alike, and can envision where to add fields, where to add screens, where to add database tables to meet their requirements,” he says. “These are your top candidates” to be citizen developers.

If the enterprise does not have enough of these power users to fulfill the development needs, Walker suggests soliciting other end users to come forth and apply to be citizen developers.

Having people who are not professional developers build software is not a set-it-and-forget-it proposition. IT needs to be there to guide citizen developers — sometimes from a distance and other times in a more hands-on way.

Gartner research has shown that IT organizations are still not as engaged as they should be with citizen IT initiatives, which might

The firm says companies can transform shadow IT into citizen IT practices by assigning IT resources to work with business leaders to identify power users, and converting shadow IT activities into citizen IT initiatives to supplement and extend the capabilities of IT.

IT can also recognize citizen development as one specific component of the complete IT strategic plan, and work with business leaders to measure the business impact of citizen IT contributions and determine when to escalate to IT.

The City of Wichita, Kansas, uses “embedded developers” throughout virtually all of its operations to extend the reach of an IT department that has limited resources, says Michael Mayta, CIO. “In our environment, these resources have grown naturally out of need,” Mayta says. “Years of technology expansion with no addition of human capital results in looking to augment staff through talent that lies outside of IT.”

Using collaborative and analytics tools, IT provides help to the embedded developers as needed. Exactly when or even if IT needs to step in to enhance or complete the development depends on the scope and complexity of the project.

“The embedded developers can create ‘shell systems’ that implement the right process, but may need some assistance in implementing a sound and scalable solution,” Mayta says. “We have taken the approach of determining the platform, understanding the skill sets of the embedded developer, determining the gap, and providing the appropriate access, guidance and/or training.”

This strategy helps to speed the creation and implementation of applications, even with tight development resources, Mayta says. “These developers significantly enhance the organization’s opportunity to utilize assets,” he says. “Helping the embedded developer understand the overall needs of security, authentication, [quality of service], user interface allows for an efficient and effective process.”