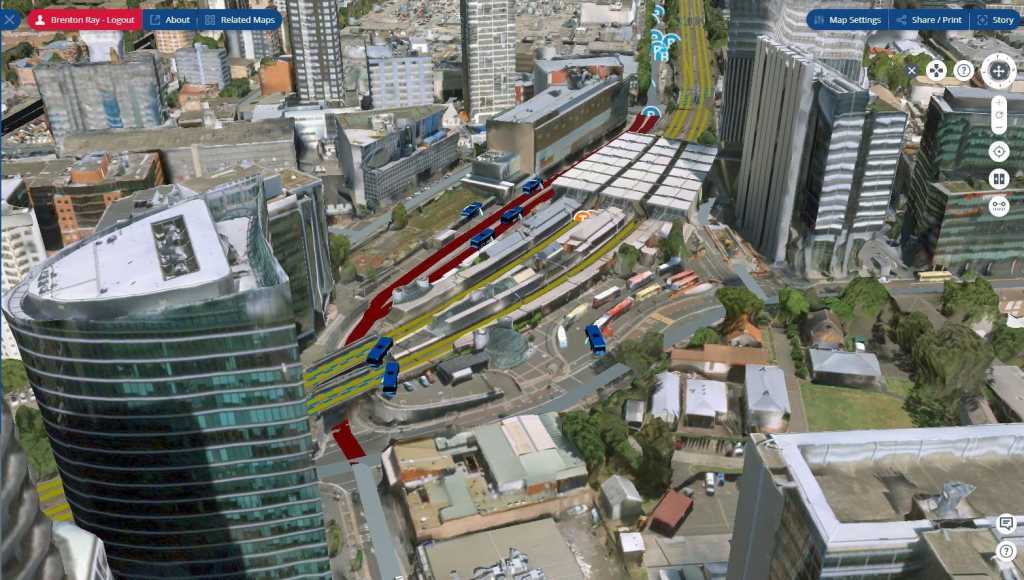 More than 500,000 buildings in Western Sydney have been mapped as part of the NSW Government’s Spatial Digital Twin, which went live on 24 February.

The initiative is a recommendation from the 2018 State Infrastructure Strategy, which called for the development of a business case for an upgrade of the state’s Foundation Spatial Data Framework (FSDF).

The solution includes a 3D model of the state’s physical environment, capable of recording past conditions and visualising future scenarios. It already includes 22 million trees with height and canopy attributes, approximately 20,000km of 3D roads, 7000 3D strata plans and 546,206 buildings.

Data61 group leader Mats Henrikson told CIO Australia that the project started 18 months ago, an extension of the national map project that Data61 started developing in 2014.

“So this is a direct extension of that technology, much more advanced than it was six years ago, of course, because we’re continually building it and making it better and adding more data and more features,” Henrikson said.

“And then we just been working very closely with NSW Spatial Services, ever since and just getting more data in, getting more features, making more releases so that they can see it and having a very collaborative development.”

Henrikson said that 99 per cent of the technology is open source and Data61 uses Cesium, which is an open source Web GL visualisation library, underneath the visualisation front end. It also uses Teria, a tool for centimetric precision geolocation, which is built on top of Cesium and does the management of data, data connections and protocols.

“Underneath the whole platforms, it sits a technology called Magda, which is another technology that we developed in CSIRO Data61,” Henrikson explained.

“Magda is what powers data.gov.au now and it’s a large data repository, metadata repository and now a data depository that can do authorised sharing and data uploads.

“Magda is what enables us to connect to the portal that NSW Spatial Services run and make sure that you can only see the data sets that you’re authorised for, and that they’re coming straight from the portal. There’s a token exchange to make sure the security happens. And so you authenticate yourself using your, in this case, NSW Spatial Services portal user name and password. And we already have technology that makes it so that we can connect to a bunch of other authentication services.”

The NSW Spatial Digital Twin works as a data repository where authorised data can be downloaded through available APIs for those wishing to do analysis.

Through the Western Sydney City Deal digital models of the region have been created including underground infrastructure based on data provided from telecommunications, water and energy providers.

The Western Sydney City Deal is a partnership between the Australian Government, NSW Government, and local governments of the Blue Mountains, Camden, Campbelltown, Fairfield, Hawkesbury, Liverpool, Penrith and Wollondilly. It includes the delivery of the North South Rail Link, the creation of 200,000 jobs and also coordination and innovation through a planning partnership.

Data owners ultimately decide who has access to what and under which conditions with the goal for the government being to facilitate better planning designs and operation services and also promises compliance and approvals processes will be automated reducing costs.

“Western Sydney is an economic powerhouse with a pipeline of projects underway including the aerotropolis. This new tool will be a game changer for all stakeholders by enabling projects to be digitally planned before shovels hit the ground.”

Dominello said the government will work with other councils to extend it across NSW.