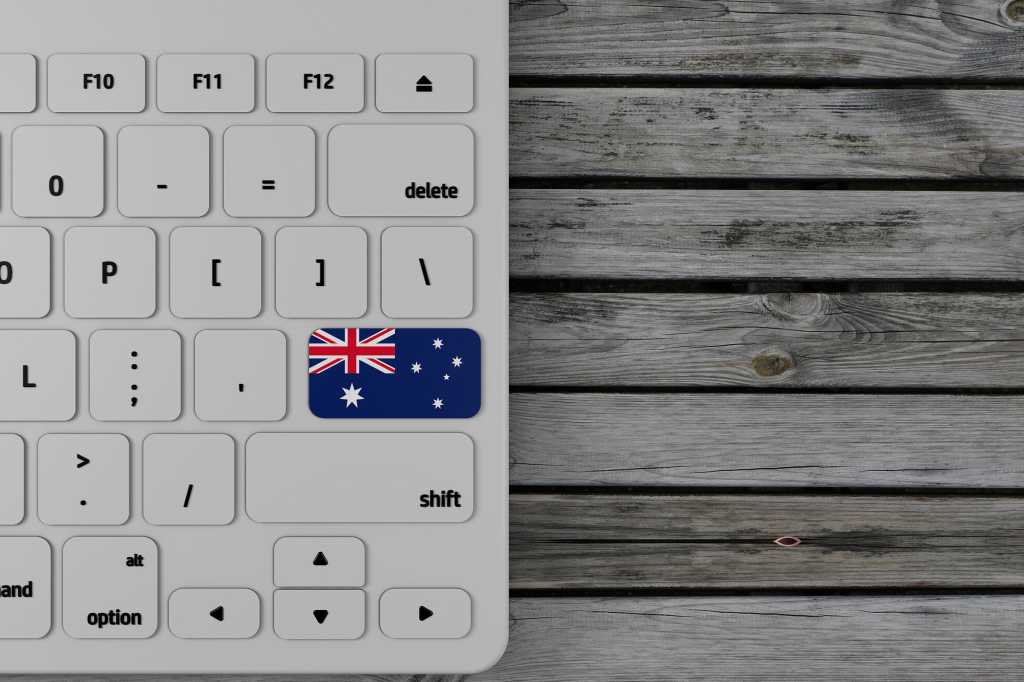 Looking back over the past 20 years, government websites globally have wreaked havoc on citizens and non-citizens that they serve. Australia copied the United Kingdom and so did New Zealand.

At the same time, the United Nations and other international organisations rallied with leader boards. Website designs and standards were literally adopted in a ‘copy-and-paste’ approach, regardless of what citizens actually needed. And this was seen as progress.

Websites proliferated and in an effort to rein in the top level complexity, governments copied one another in ‘website consolidation’ strategies.

Several years ago, the Australian Government attempted, and subsequently dumped, its website consolidation strategy. I was one of the people who advised against this ‘whole of government’ approach to websites – the dollars proposed were eye watering.

I advised against it because I believe that such website consolidation strategies are superficial, not transformational and do not go far enough. These strategies assume a solution (websites) and in doing so are not forward looking, are blinkered to other options, and really don’t prepare us for the future.

Worse, such strategies discriminate against people with disabilities. The National Disability Insurance Scheme (NDIS) was to be excluded from the Australian Government whole-of-government website consolidation approach. There was utter confusion as to how the website accessibility standards could be extended to include the significant requirements of people with disabilities.

The NDIS website remains a nightmare for people with disabilities who need to interact with all government servicing channels. Neither shoe-horning nor excluding the NDIS from a website consolidation strategy would serve the needs of millions of Australians, illustrating the limits, the lack of utility and equity of such a strategy.

The website consolidation strategy does not fix nor even hide the horrendous complexity underneath – there is no longer any pretence about putting lipstick on the pig.

Let’s take a look under the covers

A search for ‘forms’ on the UK Government’s gov.uk website returns 59,000 results. A search on nsw.gov.au reveals an extraordinary 2.4 million results.

I suspect there is massive duplication in this result, or problems with the search configuration – either way, this complexity is deeply problematic.

There are some 20,000 business forms and licences across the three levels of government in Australia. I ran the Business Entry Point (www.business.gov.au) for 5 years and I know this landscape in detail.

It is not possible to search on Australia.gov.au to find out how many Australian government forms there are but a search on Services Australia (the re-badged Human Services) results in an extraordinary 126 pages with nested lists of forms.

You don’t know what other people have search for that might be helpful to you. There is no intelligence in these websites.

So website accessibility standards provide little comfort or even service for the citizen dealing with this underlying complexity. And this complexity fuels call centre demand.

In an attempt to wrestle the beast of complexity, the website consolidation strategy is usually accompanied by an equally nebulous strategy – that of life events.

There has been much talk of life events: a bureaucratic and marketing construct attempting to organise people’s lives and activities around service offers.

You only have to look at the marketing efforts of banks in recent years: a divorce or death of a partner is just an opportunity to sell more stuff, and at a time when people are most vulnerable.

For more than 20 years, “life events” have been part of online/egovernment strategies in a philosophy to organise people’s lives around the structures and processes of government.

Victoria was leading in 1998 with ‘life events’ as part of the Victoria21 strategy. In 2000, the UK GovOnline strategy spoke about ‘life episodes.’

Life events are yet again part of the Australian Government’s Digital Government 2025 strategy. And despite the massive investments in life events activities over decades, the complexity increases.

We have not appreciated nor really understood the depth of the impact of the human need for conversations, empathy and trust, in industry and service delivery transformation.

And there appears to be a curious belief that a “government single entry point” or government website consolidation effort, is the only mechanism for citizens to deal with the burden of red tape, complexity and intrusion that comes from a doctrine of government so dominating the lives of citizens.

I follow an obverse approach. Don’t expect a person to come to a government (or any servicing) website and know what to look for. Information should be available and accessible in the context and language of the customer, not the context of the organisation, its structures or products.

And this was the basis of the Business Entry Point syndication strategy: providing information in context to wherever and whenever a business needed it.  As one small business operator famously said to me “…don’t expect businesses to go online simply for the pleasure of doing business with government…”

“… those which are rapidly accelerating and shaping major industries and all aspects of our lives. Exponential technologies include artificial intelligence (AI), augmented and virtual reality (AR, VR), data science, digital biology and biotech, medicine, nanotech and digital fabrication, networks and computing systems, robotics, and autonomous vehicles.

“We believe that the solutions to the world’s most pressing challenges lie at the intersection of these exponential technologies. That is, when two or more of these technologies are used in combination to attack a persistent challenge, the possibility of developing a sustainable solution becomes much more likely,” the university says.

This is not some far off future.

Exponential servicing innovations are happening now, and instead of falling back on the digital jenga of website consolidation strategies, government should use every effort to stimulate and energise service design utilising these technologies.

The question for government is, why revert to a past failed paradigm of website consolidation? Instead of papering over the underlying complexity, take the obverse approach and reveal all the complexity.

Open up a challenge to the game designers, virtual world, creative and film industry to see what they come up with using exponential technologies.

And ask the students. After all, they will inherit the digital mess we have created over the past twenty years and their unbounded curiosity is the kernel of breakthroughs.

Indeed look beyond the digital arms of government, to see what is happening in education for ideas to break through the structured website paradigm of government servicing.

In Victoria, the Department of Education and Training Victoria has become the largest provider of Minecraft: Education Edition in the world, and has created a digital copy of Melbourne in Minecraft to help educate students and Victorians about the Metro Tunnel Project and construction taking place beneath Melbourne.

In NSW, students are participating in a competition to tackle some of the real world challenges involved in designing the new Western Sydney Airport by creating their concepts and answers using Minecraft.

Imagine being able to experience a new policy proposal through immersive, gaming and virtual world platforms – in a completely accessible environment – and understand how these policy options might interact and play out. Dr Jerry Fishenden talks about this in his Chapter “Our Future State” in the new book “After Shock.”

We don’t have to wait for the far-off future, this is happening with applications reaching deeply into every domain.

The gaming and virtual world sectors will be major drivers of innovation in the design of services over the coming years. Digital humans (SimCoach) and virtual worlds (Mayo Clinic) are not curiosities.

Digital humans such as SimCoach (referred to as a virtual human) have been used for many years in mental health settings, monitoring for signs of PTSD in US veterans and service personnel. Avatars operating within a virtual world such as Second Life, are being used in the rehabilitation of service veteran amputees.

Nadia, the world’s first AI powered digital human for service delivery, co-created by people with disability, was an inclusion and accessibility breakthrough that has now given rise to a global industry in digital humans.  Imagine being able to interact with others in a virtual world of government servicing, helping others and getting help from others.

When I was leading the NDIS innovation program, we explored and were inspired by what was happening in the gaming world and virtual worlds such as Second Life where virtual beings and avatars engaged in conversations. Many people with disability are avid gamers: they say they can be whoever they want to be and are not judged.

From this insight, Nadia was to have a presence in Second Life to be where the people are. In addition to Nadia, it was also envisaged that in this Second Life environment, people would have their own avatars taking on roles such as mentor and connector. The power of these conversations and peer guidance was seen as an important and new way to build capacity.

In the health services domain, the AI powered digital human cardiac coach, focusses on health illiteracy and a new model for access to cardiac health information and services, and in fact for all health domains.

Faced with a recruitment shortfall, the US Army is utilising the popularity of esports and gaming to increase awareness and reach, to the highest level in the history of the all-volunteer force: far higher than website and traditional recruitment channels.

An Army recruitment officer commented: “It’s essentially connecting America to its Army through the passion of the gaming community”.

Significantly, the senior leadership of the Army were not aware of the appeal of esports, now with hundreds of millions of players worldwide.

And the applications go far beyond Army. eSports and exponentials provides phenomenal insights to service design and new servicing models in healthcare and government servicing (are we brave enough?)

Is this the best we can do?

There have been waves of government website consolidation and life event strategies over the past twenty years. Is this the best that we can do and where have these strategies taken us?

I make no apologies for being bored by the lack of imagination, and somewhat frustrated by the rehash of these failed strategies. Of greater concern, I believe that we are not pushing the imagination and creative boundaries far enough to inspire, support and service the generations in the decades ahead.

In 2007, Byron Reeves, Professor of Communications at Stanford University stated: “If you want to see what business leadership may look like in three to five years, look at what’s happening in online games.”

The US Army now understands to go to where the people are, the gamers are.

In the space of two electoral cycles, my eldest grandson will be voting. He can tell you about AI, esports, VR, robots and gaming. He uses assistive technology and accessibility features and apps. He depends on these to learn and participate in many activities. Website consolidation and “life-events” are not in his lexicon, I doubt they ever will be.

Thankfully, there are green shoots in NSW and Victoria, nurtured by education and students, of concepts of collaborative interactions with civic society via exponentials and virtual worlds. This is where ‘digital government’ needs to look to see the horizon beyond websites.

Marie is an internationally recognised public entrepreneur with a track record of tackling complex wicked problems. She speaks and writes on artificial intelligence, accessibility, and radical innovation. Her extensive experience covers the public and private sector in Australia and internationally, including leading Microsoft’s worldwide public services and e-government business in Seattle; Chief Information Officer; Chief Technology Architect; Technology Authority; and board director.