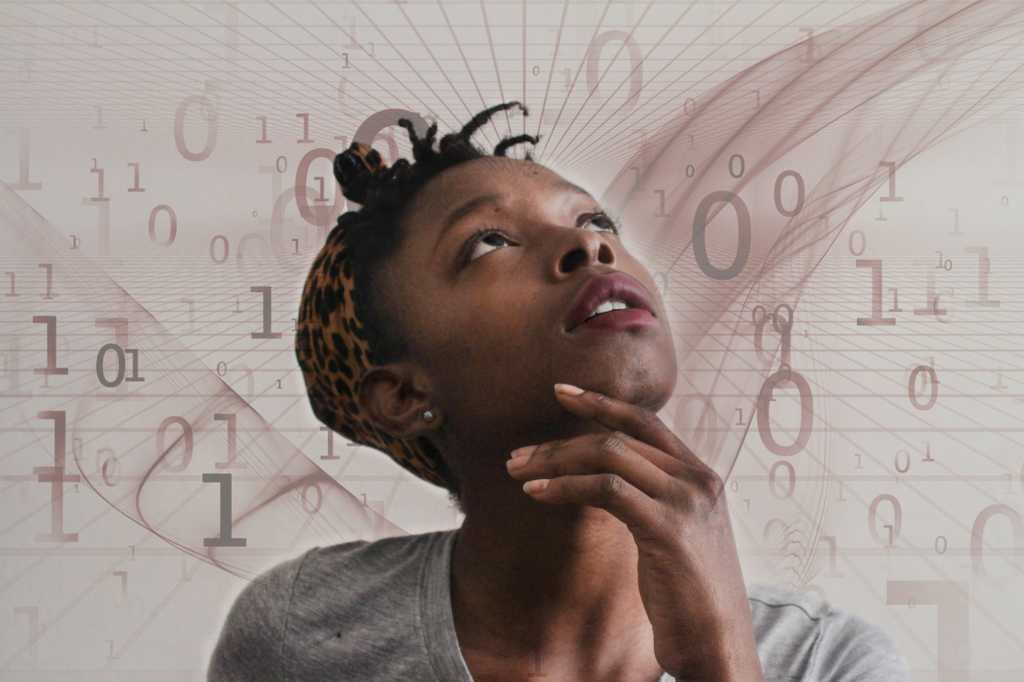 As a typical post-modern worker in the tech field who holds some amount of influence, I’m constantly looking for ways to raise awareness of diversity and inclusion priorities with my fellow white colleagues. Recently, I learned about “blackfishing,” which is used to describe someone (usually white) pretending to be black. The performative use of black and brown faces, in GIFs and stock photos, and black culture is problematic and widespread in the technology industry. Blackfishing not only prevents inclusion but is also racist and harkens dark historic themes.

Reaction GIFs show up everywhere, both professional and socially, in text messages, emails, social media and, of course, chat-based conversations at work. They have the ability to add context and emotion to words, generally making our statements more engaging. While reaction GIFs can be hilarious, when white people use GIFs of black people, it can be a form of digital blackface.

A Teen Vogue op-ed by Lauren Michelle Jackson takes an in-depth look at the practice and its relationship to Jim Crow-era minstrel blackface. It makes the poignant statement that a white person’s use of black reaction GIFs is “a more seamless transformation” than physically altering one’s appearance using blackface. While reading Jackson’s article in full is critical to fully understanding the practice, the summary is this: White people using black reaction GIFs is dangerous because they perpetuate black stereotypes (think sassiness, anger, excitement); turn black emotions into comedy at the pleasure of white people; and let the white user “playact within those stereotypes in a manner reminiscent of an unsavory tradition.”

While this concept of digital blackface is not new, it appears to be largely unknown within predominantly white tech workplaces and social circles, even among individuals who are vocal supporters of diversity and inclusion. As a white person, it is my responsibility to inform other white individuals engaging in this practice and ask them to stop, but we also need workplaces and online spaces to create rules for their chat-based and online interactions that clearly call out this practice and specify it as prohibited. Just as most companies wouldn’t tolerate a white person taking the stage dressed in blackface, we need to ensure the same degree of no-tolerance in online spaces.

Using stock photos on websites, in presentations and other online materials is extremely common. Many companies will use images of a diverse set of people to give the appearance of commitment to diversity, but one only needs to look at the leadership page with photos of the company’s real employees to the facade fall apart quickly. Alternatively, some companies excessively reuse images and videos of their black and brown employees in an attempt to prove, once again, their commitment to diversity. This practice is problematic on a number of levels: these employees are usually not compensated for the use of their image, the employees are implicitly representing the company by the use of their image, and the employee is being singled-out (or othered) as a result of the color of their skin.

I learned about this concept at a conference while listening to a well-known white woman, someone I’ve admired for her social media tips on how to be more inclusive and for never being afraid to call out white men in tech. Although it was a purely technical talk, she included stock images of black women and was heralded on social media as having a diverse and inclusive talk because of it.

It took me months to learn the significance of imagery passing as an attempt to increase diversity and inclusion and this NY Times article “The ‘Some of My Best Friends are Black’ Defense” by John Elignon created tremendous clarity. In the piece, Elignon discusses white people’s belief that “proximity to blackness immunizes white people from having attitudes that are rooted in racism or doing racist things.” What’s terrifying about this is that in practice, as I learned with the mainstage speaker mentioned above, white people appear to believe that proximity to blackness, such as by using images of black and brown people, separates them from racist attitudes and results in credit that they are taking steps to support diversity and inclusion. Elignon goes on to clarify that this belief is not an innocent accident; rather, it has roots in slavery: “The black friend as a buffer dates to the days of slave owners painting a false narrative that they were beloved by the African Americans they subjugated.”

Bringing an end to this practice requires white individuals to bear the responsibility of educating their white friends, colleagues and leaders by calling these practices out when they see them. The performative use of images of black and brown people is so widespread that individuals at all levels of an organization have an opportunity to say something when they see it. If a company is using imagery of its employees in order to showcase its own internal diversity, it is imperative that permission is sought and that market-rate modeling compensation is offered.

To determine whether an image is being used in a performative way, analyze how closely the image represents your actual employee population, personal relationships or the people you sell to. Each business or person will ultimately need to decide the intent and identify reviewers who are empowered to ask questions.

As I write this article, I’d like to acknowledge it coincides with a day in which a KKK rally was scheduled to take place at the city hall in my town. While fortunately the rally did not occur, the fact that it was scheduled at all is worth noting. It is not surprising to our black and brown friends that these racist rallies still exist, but many white people, including myself, are often completely unaware — not only of the fact that these are happening but of the absolute danger, harm and trauma that occurs when they take place.

The threat is very real, and it’s happening in our neighborhoods and workplaces. I plead with the white individuals reading this article to recognize that it isn’t enough to object, dismiss or disregard the overt racism that occurs; it’s our responsibility to recognize the insidious forms it takes in our daily lives and work to eradicate it.