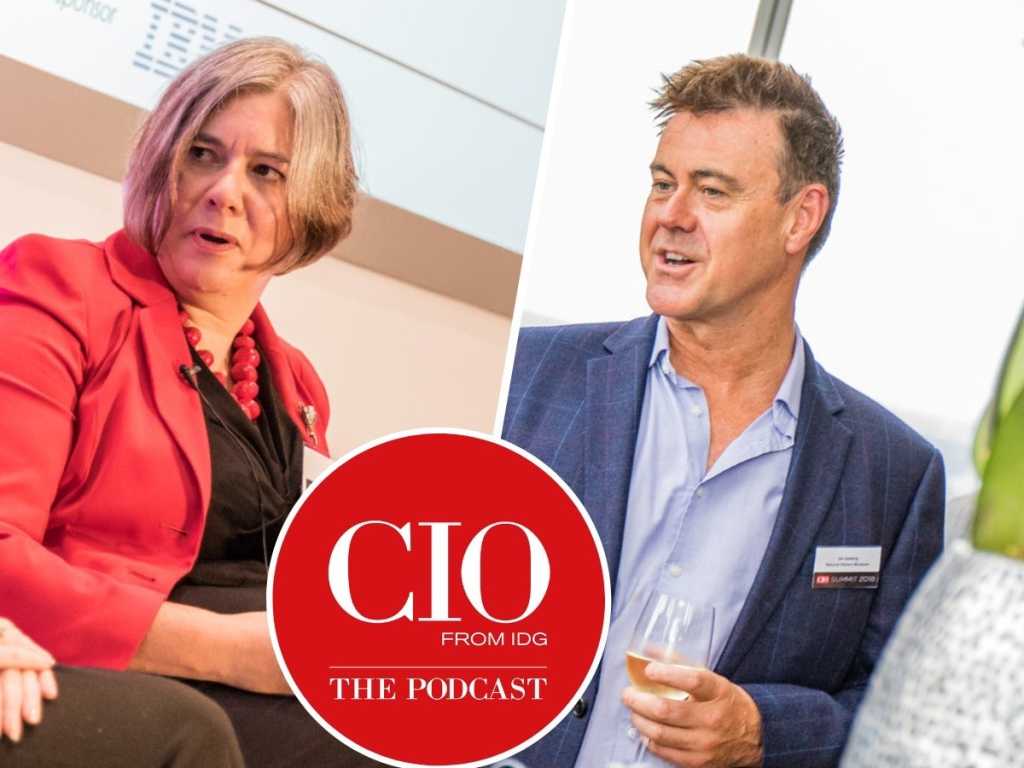 LSE Director of Data and Technology Services, Laura Dawson, and Natural History Museum CIO Ian Golding spoke to CIO UK Editor Edward Qualtrough during episode 20 of the CIO UK podcast to discuss their recent initiatives, including student onboarding at the London School of Economics and recruiting a new CIO at the Natural History Museum.

CIO at the LSE, Dawson spoke about building the business case for tackling technical debt and professionalising the IT function. Speaking under the Natural History Museum’s 4.5-tonne blue whale skeleton ‘Hope’ hoisted high in the museum’s Hintze Hall, Golding discussed recent commercial partnerships and recruiting for a new permanent CIO at one of London’s most visited attractions.

“What I have been doing quite a lot of is working on business cases for handling technical debt,” Lawson said on the LSE campus by London’s Aldwych. “And the fact that the students and academics are not around so much at the moment means I can spend an awful lot more time working on those kinds of things.”

Dawson, previously CIO at the British Council, said that getting ready to welcome new students to the university in September 2019 was a collaboration between departments as well as the student body.

“There’s a very strong initiative across the whole of the school about improving the welcome for students,” Dawson said. “We’ve actually got a governance structure in place jointly chaired between the student body and LSE staff to look at how handling the welcome and how can we make sure that LSE is a truly holistic campus.

“It’s really interesting to see those groups of people coming together and actually working on it.”

Making a bigger priority for CIOs the professionalisation of IT was also something that Dawson wanted to share with the technology leadership community in the UK, piqued by the example of a highly disciplined San Sebastian restaurant featured in a recent BBC programme where chefs and restaurateurs introduced their peers to their favourite places to eat.

Dawson explained: “That got me thinking about why are we not doing that in our organisations? I’m not in the business of churning out chefs. But I am in the business of turning out people who are better at their jobs when they come out than when they came in. And if we can do that, if we can make them able to take the next role up – awesome. So that really struck a chord.”

Interim CIO at the Natural History Museum since August 2018, Golding has been helping the institution define the scope of a permanent CIO to be recruited, and noted that vendor management and commercial relationships would be a key requirement of the post.

“One really fantastic thing that happened very recently was that Cisco and the museum renewed its digital support partnership,” Golding said. “Cisco is now committed to help the museum for the next few years with a state-of-the-art, software-defined, next-generation network that will power the museum’s network infrastructure.

“The museum relies a lot on high-performance network infrastructure. We are very proud to be able to work very closely with Cisco over the coming years for that, and we’re very grateful to them for their support.”

Previously CIO at the RNLI, Golding said the permanent CIO role at the Natural History Museum was an exciting opportunity, and that the organisation had used CIO 100 panellist Matt Ballantine’s CIO Priorities cards to help define the new position.

“I believe that interim CIO should be time-limited anyway,” he said. “We’ve actually used Matt Ballantine’s CIO priorities cards to help understand what should be our higher or lower priorities for the incoming CIO.

“There’s enormous opportunity for technology to be instrumental to enable all of these future plans of the museum, so that in turn gives the next CIO a fantastic opportunity to work with organisations and bring the relevant technologies together.”

Golding also outlined the situations when an organisation might want the services of an interim CIO, and when a permanent role might be a better approach.

“I wouldn’t say there’s one necessarily clear rule, but I think there could be different purposes for having an interim – sometimes it might be to roll out a programme or make some specific change,” Golding said.

“I think, particularly when organisations have not had a CIO work in executive level, but they know that they want to change or embrace technology in a different way, the interim CIO can help prepare the organisation as well as de-risk the future hiring of the permanent CIO so there isn’t a disconnect and expectations.

“So I think an interim CIO can be very powerful influence to prepare the organisation for exactly what they would like the next CIO to be doing, and how that shapes the future of the organisation.”

“The one that’s a draw for me is HMRC Chief Digital and Information Officer Jacky Wright,” Dawson said. “She is always a good speaker. “You can learn a lot from her and she is very passionate about what she’s doing. And then Clare Patterson the CIO from Shell Energy.”