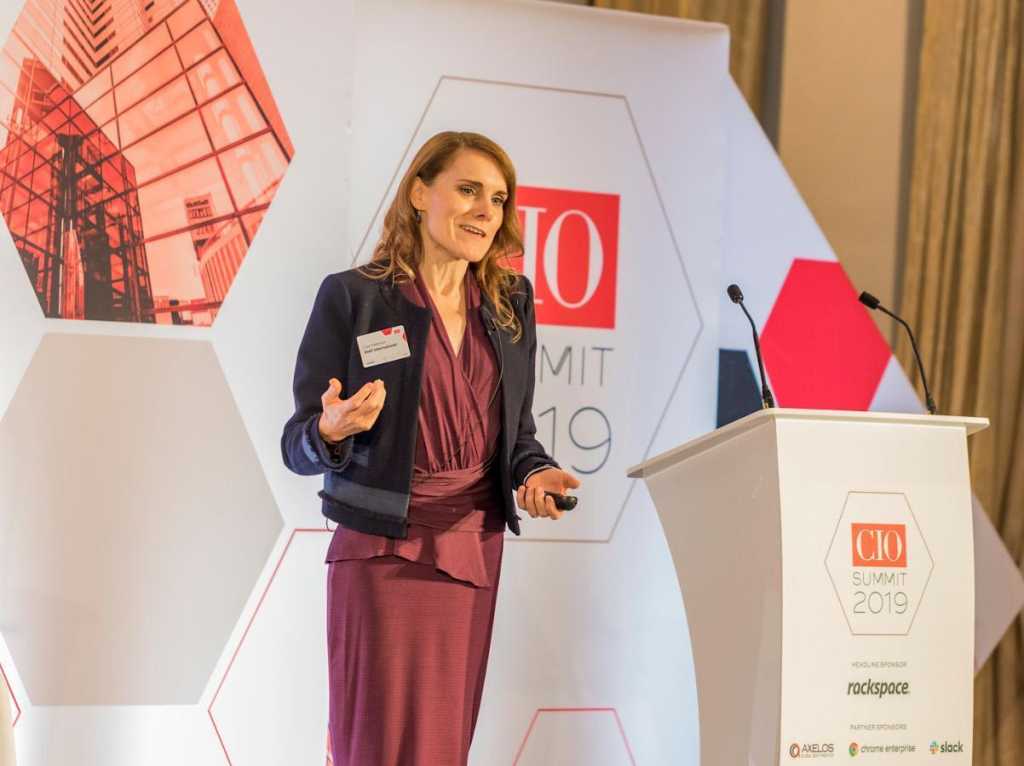 Shell Energy CIO Clare Patterson discussed how her team had tried to tap in to the company’s strong safety ethos to develop a culture that also encouraged new ways of thinking and a growth-mindset, and would ultimately include exploring gamification techniques and her function working “in a more DevOps way”.

Recognised in the 2019 CIO 100 as the CIO of the area of Shell’s business which trades gas, power, renewables, and carbon credits, Patterson was addressing an audience of CIOs and CTOs at the 2019 CIO Summit when she discussed “creating a winning integrating IT team”.

“Having a computer science background and being more of an analytical person, the technology side of the transformation is the bit where I’m probably most comfortable,” Patterson said. “It’s measurable, and you can plan it.”

Patterson said that more subjective areas around individual self-awareness and collective purpose and culture, was something “that gets a lot less focus by many organisations” but one that could reap dividends.

“I talked a lot about the purpose for Shell, and we spent a lot of time understanding what our customer value propositions are, and, for Shell Energy, working out ambitions and what we want to do,” she said. “What’s our proof points? How are we going to show up as an organisation? What do we look like in 2025?”

When Patterson joined Shell, she noticed how strong the companay’s culture was regarding the safety of employees, with the organisation running sessions on how much sleep employees should get, nutrition, mental health and how to show care and compassion for the people you work with.

To support the change initiatives of the organisation’s future business operations, Patterson and Shell Energy focused on creating a culture that reflected the values of the company.

“As an energy company, we have a strong safety culture,” Patterson said. “That’s one of the things that we could draw on and replicate.”

For Patterson, it’s important that culture is created through a top-down approach, with Shell Energy’s leadership and executive teams embodying it and showing a level of vulnerability in order to further drive that culture. Patterson said that working with the Arbinger Institute had helped develop its leadership and outward mindset training.

“If you want to make changes, you do need to start from the leaders,” she explained. “With Shell Energy’s leadership team, we first got the training in the outward mindset and it was by humbly explaining the issues that we had, the mistakes we were making, that we could help other people have the confidence to pick up some of these ways of working.

“As leaders, we need to talk about how do you create that psychologically safe environment, that people can actually be honest, and say things aren’t going well, and say that they need support and help.”

Leaning on Shell’s safety example, where employees have a growth mindset and are encouraged to put their hands up and call out unsafe practices wherever they see them, Patterson was able to help radiate some of those concepts into different areas.

“It’s really around changing that culture and that mindset,” said Patterson. “In safety we talked about saying, ‘I am goal zero’; beyond safety it is also about taking on the identity of the leader – one who’s going to be a learning leader, encouraging others to have that growth mindset so that it doesn’t matter if you have a mistake.”

Patterson believes that DevOps is about a mindset as much as it is about what you’re doing as a business, but admits changing the way an entire organisation approaches work is not an easy task.

“It’s not like you can deploy a patch, and change everyone’s brains,” she joked.

Instead, Shell worked with companies like Deloitte Digital and held a simulation day, where product owners, different business personnel and Shell’s IT teams got to play different roles in rotation.

“It was quite good fun exploring gamification as a team,” said Patterson. “You work to do better on each round, but equally, it’s interesting to see the ‘Aha!’ moments that people have, particularly when you’ve got business product owners taking on the role of the IT help desk, testers or developers.”

With sustainability a theme for the day at the 2019 CIO Summit, Patterson also discussed how the energy challenge of needing to provide cleaner energy and more of it to a growing population was driving cultural changes as much as digitisation.

“IT plays a key role in adapting to that challenge but we can’t just carry on doing the things that we’ve already done,” Patterson said. “It really is that huge shift in how we tackle such an enormous challenge, and at Shell, we say that our purpose is not only to provide more energy, which we clearly need to do, but also more cleaner energy.”