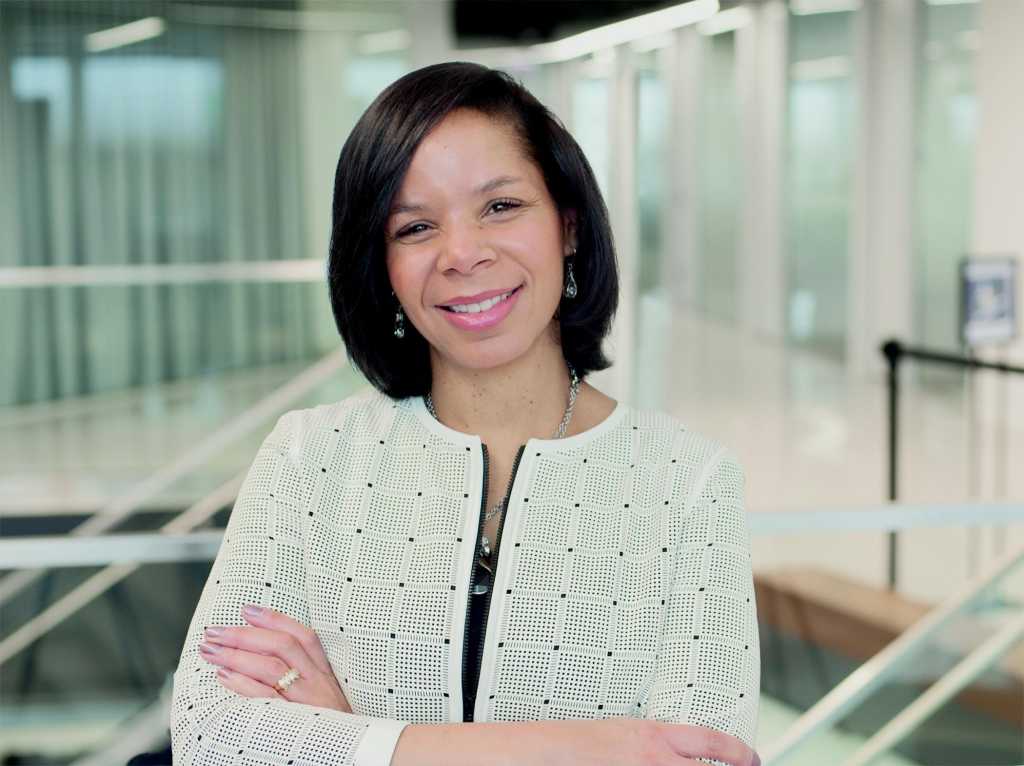 Dani Brown, CIO at Brunswick, has spent two decades working in IT but she’s far from jaded by the industry.

When she interviewed for the role of CIO at Brunswick just over two and a half years ago, she was excited by the prospect of working at an organisation that isn’t seen as a traditional tech company.

Brunswick was founded in the 19th century and was best known as the manufacturer of bowling pins and the Brunswick Model A Pinsetter machine. However, the company sold its bowling division in 2014 and is now one of the global leaders in pleasure boat manufacturing.

“Brunswick wanted to start building a strategy to include the impacts of technology and, across the company, they wanted to elevate the role of IT and the CIO. It was making changes so that the CIO will report directly to the CEO, signifying the significance of this new strategy. So that’s really what made me consider working for Brunswick.”

Brown is acutely aware of how companies can be left on the back foot if they fail to be proactive about digital disruption. At Brunswick, while digitalisation is the driver of these changes, the new strategy is business led rather than led by IT.

She asks: “How do we create more of an experience around boating? And how do we leverage technology in order to create that experience for boaters?

“Think about when you buy a car. As consumers we now consider what technology needs to be embedded within that car. When I get in, I want to connect up my mobile device, I want to be able to lock my doors from inside or start my car remotely or know if my car is having any problems or connect with the dealer. All of those things are enabled by technology. And that experience can translate into boating. And how do we use technology to create that same type of frictionless consumer experience as it relates to boating? When you think about it like that, it’s not an IT led strategy, it’s a business strategy.”

Brunswick’s marina endeavours are separated into three distinct units: the boating business, the engine business – which includes parts and accessories – and a group known as business acceleration. The result of this new way of thinking has been greater collaboration across these business units, across departments and with Brown’s fellow C-suite executives.

“I work with all of those presidents to understand their strategies and figure out how technology can enable it, as well as how we partner together to bring the strategy to fruition,” she says.

Brown says that since the global recession over a decade ago, every company has been thinking about how they can do more with less resources. The best way to do that, she believes, is working in conjunction with the advancing pace of technology.

All the business units that make up the Brunswick Corporation have already started to see the business benefits of this. One of the company’s latest offerings is a mobile app called ‘Nautic-On’, which combines connected boat technology and marine monitoring systems to let users know that their boat is secure and working how it should. The app also feeds the company information about the boaters who use it, allowing Brunswick to gain a competitive insight into its customers.

“We’re also using the technology in operations in order to do things around IoT,” Brown adds. “And then using sensors and information that gives us insights as they relate to our supply chain and our manufacturing process.

“There’s still more to do but we’re building value as we move forward.”

Key to moving forward is mordernising the sprawling legacy systems she inherited when taking on the role as CIO. Brown says Brunswick is “aggressively working on” updating its IT environment, shifting from legacy technologies to new platforms and leveraging cloud computing.

However, that’s not the only challenge she’s found herself up against.

“We’re making sure we put in place these modern platforms but in a way that it is secure,” she says. “Security is top of mind and paramount for us to ensure that anything we do, we do it in a secure way.

“And then the last challenge for us is really around talent, about gaining and ensuring that we have the people to help our business continue to grow. And it’s specifically around finding security and data analytics workers that we’re having difficulties.”

The IT gender balance

For Brown, being CIO is about more than just the technology you deploy, it’s about the people who make up your team and the reputation you want to build for yourself.

Gender inequality in the technology sector is not a new talking point however progress remains slow, especially when it comes to female representation in leadership and C-suite executive roles. According to the 2018 Harvey Nash/KPMG CIO Survey, the global figure for the number of IT leaders who are female sits at around 12% – an increase of just 5% from 2014.

“Women make up only about 25-26% of employees in computing fields today,” says Brown. “Only 3% of those are African American women and only 20% of Fortune 500 CIOs are women. So obviously, we still have a lot of work to do. But, how do we do that? I think we have to do some work on multiple fronts. As we get more and more women into the industry, women such as myself who are in empowering positions, we have to be bringing in talent and encouraging diversity.

“I also think mentoring continues to be key, I think we have to make sure that at all levels of an organisation we ensure that we’re mentoring women to bring in others and participate in programmes that get diverse races and people into STEM-type careers”

Brown says she’d be naïve to think that there’s going to be a sudden uptake of the number of women working in technology however she does feel encouraged by some of the work she’s seen her colleagues undertaking.

“The last [technology] summit I was at, it’s a CX tech group, or T-200 as we call it ourselves, and it’s a grassroots group in which you have leaders from major Fortune 500 and Fortune 1000 companies,” she adds. “We got together for the summit, we went around the table, and there was maybe 40 or 50 people there. And the majority of the women there, in one way, shape or form, were involved in reaching down or across to ensure that we’re getting young women and diverse candidates into technology.

“But, to have women, like myself, who are very intentional and strategic about ensuring that we get more women in this field – that’s what gives me encouragement.”