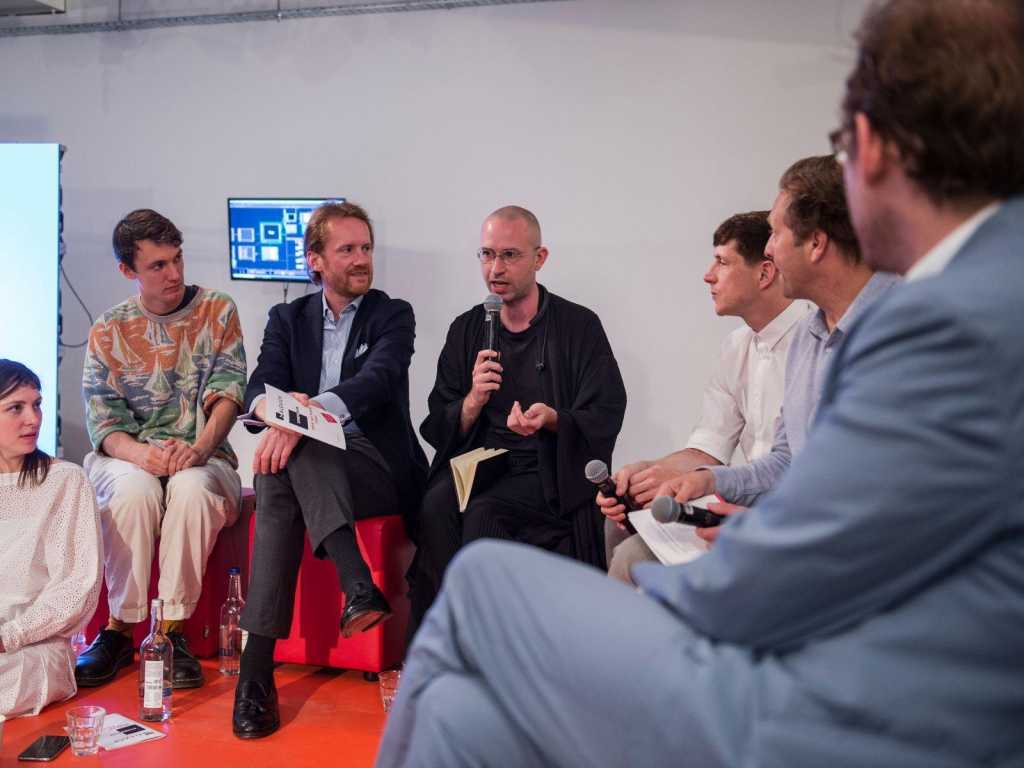 In addition to his day job, Vickers an initiator of “open source monastic order” unMonastery, a social innovation network formed to address the interlinked issues of austerity, unemployment, and empty spaces, and is also the cofounder of Ignota Books, a publishing house at “the intersection of technology, myth-making and magic”.

Vickers edited Ignota’s book on Satoshi Nakamoto’s pioneering bitcoin whitepaper, and views the launch of Facebook’s Libra cryptocurrency project as a signal that the disruptive technology is now entering the establishment.

“We now have this kind of consolidation of a radical technology into the mainstream,” Vickers said at the launch event of the Malevich art trading platform. “And I think that raises a lot of interesting questions about how that will change the systems that underpin society, and how that will begin to shift who has power, and how power functions within those networks.

“We’re coming to a moment in which the assumptions that we made about the way in which technologies would disrupt society are not playing out as expected. But I think that we’re seeing a kind of radical shift away from the narratives that we thought would shape the 21st century.”

Malevichwants to propel this shift within the art world. The company uses blockchain to ensure the safety and transparency of all deals on its platform by assigning each artwork a unique crypto-code that is traded in real time. The physical artwork remains in a public space. The aim is to move the model of possession and ownership of art from personal possession by private owners to the public sphere, providing access to cultural treasures that are all too often bought as investments and stored in warehouses and freeports.

Vickers believes such blockchain applications could make the legal systems that govern the art trade more open and transparent.

“There’s a suggestion in the blockchain space that we’re now moving to an area where we have open source law, or open source legal systems,” he said.

Emerging technologies are also changing how art is produced and consumed. The Serpentine has just unveiled Deep Listener by Danish artist Jakob Kudsk Steensen, an AR-powered ecological exploration of the Kensington Gardens and Hyde Park, which surround the museum.

The artwork is the inaugural commission of the Serpentine’s Augmented Architecture project. Steensen was selected from over 350 applicants for the initiative, which invited applicants from a range of disciplines to propose visions of imaginary city spaces on the built environment.

“Architects and people who think about spatial environments have a critical role to play in shaping what this technology can be and what it can do, so we created an open call with [British architect] David Adjaye, who suggested that we shouldn’t just ask for architects to apply, but actually we should open it out to many more people,” said Vickers.

“Because it’s quite likely, he thinks, that the next architects to come won’t necessarily come from the architecture disciple, but rather, it could be kids in their bedroom using SketchUp, it could be people designing castles in video games, because the technology used to produce buildings and to think through spatial environments is very quickly converging.”

Read next: How the National Theatre is fostering collaboration across teams

Another area of technology that Vickers recently brought to the Serpentine is AI. Last year he curated BOB (bag of beliefs), a digital lifeform that mimics and remembers the facial expressions of viewers that creator Ian Cheng calls “art with a nervous system”.

In an interview with Dazed last year, he described AI’s relationship to art as that of either “impersonator, collaborator, or creator”.

“It also creates a scenario where the people working on artificial intelligence are themselves the artists, but they’re not recognised as such within the frame of the artwork,” he said. “I think that we’re in this very funny situation in which the defence of language inside the artwork industrial complex prevents the shifting of meaning.”

“The crisis consists precisely in the fact that the old is dying and the new cannot be born; in this interregnum a great variety of morbid symptoms appear.”

“Much of the time, in these moments of great transition, we discuss the symptoms … What is the old that is dying? And what is the new that cannot be born?” asked Vickers.

He believes that artists can help humanity answer these questions: “They have to have some kind of model of how they want to see the world exist, because those power structures are shifting dramatically right now, and the actions that you take, and the investment that you take will define the way in which the world unfolds over the next 20 or 30 years in a way that I think wasn’t true for last 20 or 30 years.”