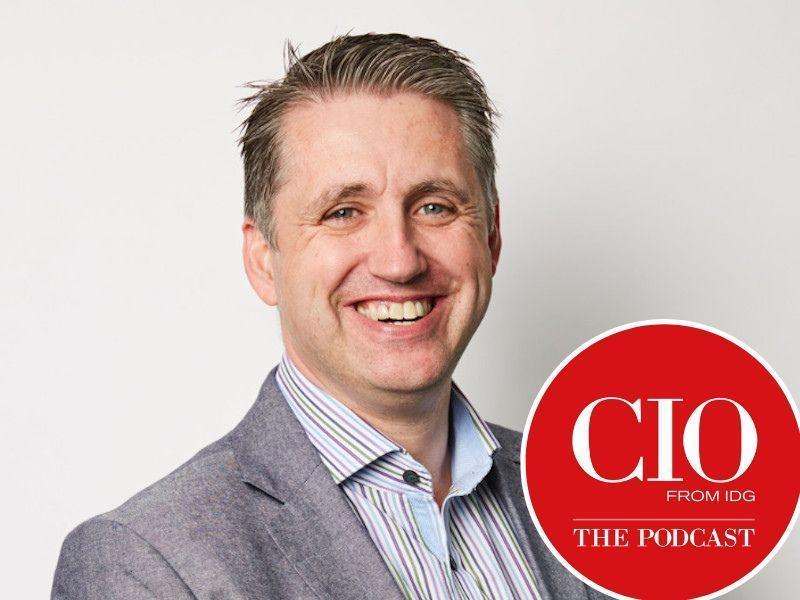 A member of the 2019 CIO 100, Steen – the Managing Director of Technology, Change and Security – spoke about the company’s move from London to Salford and its new ‘Tech City’ HQ next to the BBC’s Media City site, recruiting new skills in Manchester and the north west, how TalkTalk has made great strides in its customer experience proposition with data as the backbone, his interpretation of the CIO role, how TalkTalk has responded to its 2015 cyber breach, the organisation’s sustainability agenda, and why CIOs should want to be part of the 2020 CIO 100.

Steen said that the coming together in Manchester had a huge benefit in terms of the organisational culture, and TalkTalk’s ability to attract key tech skills from the local ecosystem.

“It’s given us the opportunity to not just recruit what we had back in London in Manchester,” he said. “We’ve been able to go back to a blank sheet of paper and ask ‘what are the skills we need now in the change and technology function?’

“We’ve got great relationships with the University of Manchester, and lots of other the universities as well. We probably brought four or five graduates into tech three years ago, but last year we brought 65 in. We’ve managed to change not just who we recruit, but also the types of resources and we’ve got a whole host of eager graduates.”

And Steen suggested this was part of a broader trend of larger organisation’s recognising the opportunity outside of London.

“We’ve seen announcements from GCHQ, we’ve got Amazon moving up here and Microsoft opening an office,” he said. “I think companies are looking to have a second home outside of London, and we see a lot of that traffic come to Manchester.

“We saw the BBC and ITV move up in terms of media. I think what you’re seeing now is a second wave which is even bigger, which is a big technology push.”

One of the biggest changes at TalkTalk in the last 18 months has been the organisation’s focus on improving all of its customer experience metrics, and Steen said that drastically improving its data capabilities and collaborating across business functions had been at the heart of this.

“We were data millionaires but insight paupers,” Steen said. “We weren’t using that data to get business insight.

“The big shift for the last 18 months has been to really take that data and start to do something with it.

“Now I even describe ourselves as data billionaires.

“We’ve really empowered teams to bring the data to the forefront and drive decisions, and every single metric in the business has improved drastically. You can pinpoint a lot of that movement back to the policies and using data that we’re using right the way throughout the group, whether it in technology, in our consumer teams are b2b teams.

“It’s a true joint effort, not just a technology-driven thing.”

TalkTalk’s big immediate mission is rolling out fibre across the UK, and Steen also noted how this could have a big impact on the company’s carbon footprint and sustainability goals.

“We think that the quicker we get this whole country on to fibre to the premise, the better for everyone,” he said.

“But it’s a whole transition that makes moving from the old analogue to digital TV, or the switch from the old wave radio to DAB – it makes them look really easy.

“We’ve calculated that once we move our own network from a copper-based network, where you have to power each end, to a fibre network we’re going to remove about 31,000 tons of CO2 per year – an 80% reduction.

“You have to do the small things, but we’ve got some massive opportunities in terms of reduction. It’s definitely on our agenda, we are really keen to fly the flag in this space and it’s really great you are adding sustainability as a thread to the CIO 100 questionnaire.

Indeed, with sustainability now on the minds of the 2020 CIO 100 jury, Steen added that being recognised in the annual celebration showcase of technology leaders, their organisations and teams was something for all CIOs and CTOs to consider.

“Being part of the CIO 100 is acknowledgment, and not just you individually – it went down really well with the team here because we’re trying to build a great technology business at TalkTalk,” Steen said.

“I represent the technology capability at TalkTalk, but actually there are 950 people behind me. They are doing all the hard work, I’m just taking the credit for helping them out so I think getting the team exposed to it is really good and great when you are trying to build that capability.”